The Brew: From Trump Cards to the True Meaning of Christmas 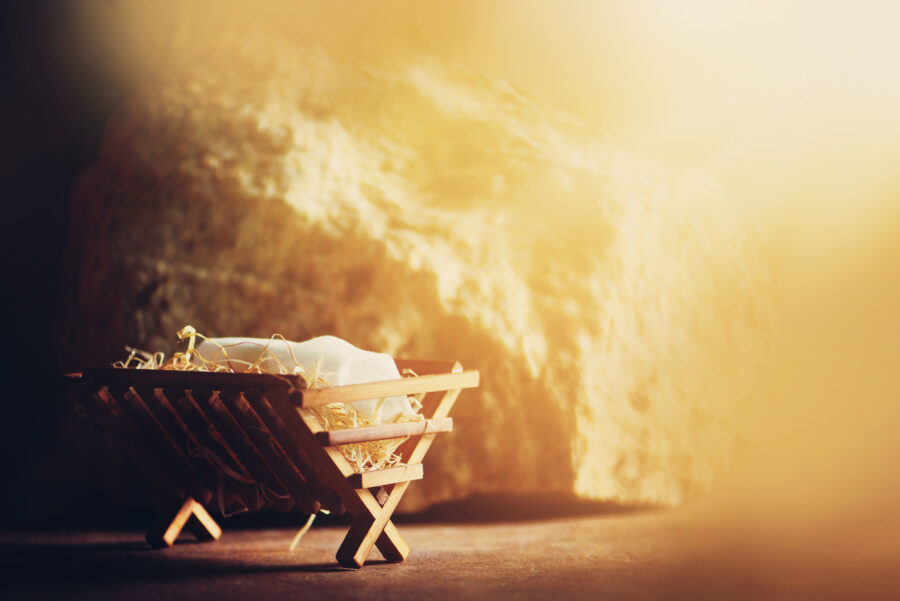 I mean, how often are ex-Presidents pitching trading cards? And they don’t even come with bubble gum!

Remember when Ralphie from A Christmas Story discovered that the big message Little Orphan Annie wanted him to decipher was just a plug to drink more Ovaltine? Gotta say, feeling a bit like Ralphie.

Donald Trump on Wednesday teased a big announcement. The big announcement? The arrival of the “Official Donald Trump Digital Trading Cards.” Seriously. Digital cards with artwork featuring the former President. $99 at CollectTrumpCards.com also gets you a chance to dine or meet or golf with Trump and all sorts of other goodies.

Trump also announced Thursday a strong free speech platform for 2024. It includes a pledge to prohibit federal policing of lawful domestic speech if elected to the White House in 2024.

But will anyone notice this major policy statement next to the Trump Cards?

I’d call the cards absurd. But in a year that saw Melania’s closets raided by the FBI; J6 committee hearings that didn’t allow any opposing witnesses but did allow doctored evidence; and the naming of a special council who’s best known for being a partisan hit man, Trump coming out with trading cards hardly seems absurd at all.

And when compared to the current Oval Office occupant? Fugettaboutit. Case in point …

Nearly two dozen African leaders are in Washington for a major U.S.-Africa summit. On Thursday, they got treated to a perplexing Biden monologue, where he compared himself to a “poor relative.” And rambled about how the “poor come and they eat your food and stay longer than they should.”

A Season of Peace: History Made in Morocco … an Overture Made to Saudi Arabia

For the very first time, an Israeli musical was performed in an Arab country. In this case, Morocco. The play is a new production of the 1969 musical Bustan Sephardi (Spanish Orchard). Bustan Sephardi was written by Yitzak Navon, who went on to become Israel’s fifth president. Navon’s son Erez has been working to bring the musical to Morocco since the two nations signed a peace agreement in 2020. Seems Navon is of Jewish-Moroccan descent, descended from Jews who emigrated to Jerusalem in 1742.

This was also the first time the Israeli national anthem has been played in Morocco.

Historic: for the first time in Morocco, the Israeli national anthem was played by the actors from Habima who opened a special performance in the North African countries. More of this! #AbrahamAccords pic.twitter.com/88PMCNU3Wa

While we’re talking Middle East Peace, Israel’s Prime Minister-Designate Benjamin Netanyahu is urging Saudi Arabia to join the Abraham Accords. “I think the peace with Saudi Arabia will serve two purposes: It will be a quantum leap for an overall peace between Israel and the Arab world, it will change our region in ways that are unimaginable,” he told Al Arabiyaa English, “and I think it will facilitate, ultimately, a Palestinian-Israeli peace. I believe in that. I intend to pursue it.”

Wouldn’t you know? Putin did it! Or was it the unvaxxed?

In fact, the CIA’s full “personality file” on Oswald wasn’t even given to the Warren Commission … “for reasons that were never adequately explained,” says Politico.

Let me ask a question: Former CIA director John Brennan had a major role in the Trump Russia Collusion Hoax and in the Intelligence Community’s collective lie about the Hunter Laptop Story — both operations designed to remove the duly elected president. Do Brennan’s actions make it more or less credible to believe the CIA had a hand in removing Kennedy?

75% Believe Americans Have Forgotten the True Meaning of Christmas

75% of Americans believe we have forgotten the true meaning of Christmas. 42% strongly agree. Christians, naturally, are more likely to say we’ve forgotten the reason for the season. (Some 84%.) Though 60% of non-religious Americans agree. This from an Ipsos poll released Thursday.

When places like the Children’s Museum of Richmond are hosting “Pride with Santa” events, is it any wonder the numbers are so high?

What can we do to help neighbors, family and friends reconnect with the true meaning of Christmas? The Federalist has a list of “7 Easy Things You Can Do to Keep Christ at the Center of Your Christmas.”

Survey: ‘All I Want for Christmas is You’ Voted Most Annoying/Overplayed Christmas Song

The same Ipsos poll saw “All I Want for Christmas is You” overwhelmingly chosen “Most annoying and/or overplayed song.” Some 12% picked the Mariah Carey tune, twice the nearest competitor “Jingle Bells.” Though can we really take seriously a list that didn’t include “Last Christmas,” “My Grown-Up Christmas Wish” or “Christmas Shoes”? The only other options were “Grandma Got Run Over by a Reindeer,” “Santa Baby” and “All Mariah Carey Songs.”

Oh, the joy. Tom Sileo offers a gift and an update on his wonderful Natalie in “Down Syndrome Awareness: Christmas Miracles.”

Service & Sacrifice: ‘In Pursuit of Excellence’

The Brew: Planet Earth Has a New President, Zelensky Makes Some Putin-esque Moves, and Why is AOC Whispering?