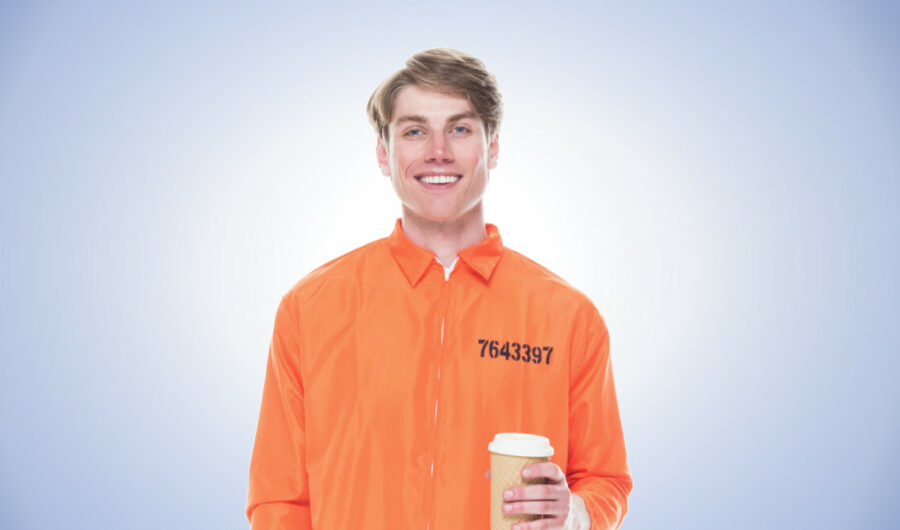 Managing Editor Al Perrotta has the day off.

And you thought the FBI were the only feds you needed to fear. No, the 87,000 new IRS agents Congress just funded aren’t going to be nosy accountants. They sound more like soldiers of an internal security army like the East German Stasi. Look at this (authentic) job posting courtesy of the IRS:

Requirements include working min “50 hours per week, which may include irregular hours, and be on-call 24/7, including holidays and weekends” and “Carry a firearm and be willing to use deadly force, if necessary.”https://t.co/uvwbrAkIit pic.twitter.com/z0aVX6uoMr

Yeah, checking on people’s deductions really does need fit young people ready to “carry a firearm and be willing to use deadly force” doesn’t it? According to National Review, the job posting was deleted after that Tweet resulted in many “interactions” with the agency. Don’t you wish you could read some of those “interactions” by outraged citizens?

Conservative journalist Jack Posobiec offered some perspective on the new hostile force which faces us:

Sympathy for the Despot

Speaking of the criminal Regime ruling over us by force and terror and persecuting dissidents, Christopher Wray wants your pity. Can anyone spare a tear for a humble law enforcement officer, now under “attack”? Do I hear crickets? Wait till you hear his sob story, though. Conservative Treehouse reports it:

FBI Director Christopher Wray gave remarks in Omaha, Nebraska today. He was questioned about reaction to the FBI raid on President Trump’s home and noted threats circulating online against federal agents and the Justice Department are “deplorable and dangerous.” “I’m always concerned about threats to law enforcement,” Wray said. “Violence against law enforcement is not the answer, no matter who you’re upset with.”

Director Wray also noted that FBI agents should be “valued and cherished” for their willingness to “put their lives on the line” to protect the institutions of government. On other matters, Director Wray declined to answer questions about the nine-hour search conducted Monday by FBI agents of Trump’s Palm Beach, Florida home.

This is the same agency that refused to prosecute any FBI agents involved in the cover-up operation to protect rapes of U.S. female gymnasts, and the same FBI agency who conducted a four-year corrupt investigation of false Trump-Russia accusations manufactured by Democrat political operatives.

Warrant? You Don’t Get to See No Stinking Warrant!

There ought to be plenty of questions asked about the FBI raid on the former president, allegedly over some overdue library books — okay, just kidding, some overdue National Archives files. The Daily Mail (U.K.) reports:

Eric Trump revealed FBI agents refused to hand over the search warrant for their raid on Mar-a-Lago and kicked an attorney off the property in a new, incisive account of the Monday operation at the Florida estate.

Speaking exclusively to DailyMail.com, the former president’s son said the 30 agents who arrived at the property asked staff to turn security cameras off – but they refused.

He also said that the attorney was forced to stand at the end of the Mar-a-Lago driveway while the team searched inside – and allegedly used safe crackers to break into his father’s safe.

He called the raid another ‘coordinated attack’ on his father Donald Trump and insisted there is no way President Joe Biden was kept in the dark about the search.

The latest explosive account comes with the Department of Justice facing mounting pressure to explain what grounds they had for the search.

Eric said that his father’s lawyer Christina Bobb was forced to stand at the end of the Mar-a-Lago driveway throughout the raid.

‘There’s 30 agents there,’ he recalled of the Monday search in a phone call with DailyMail.com. ‘They told our lawyer… you have to leave the property right now. Turn off all security cameras.’

Now Trump is Getting the J6 Dissident Treatment

Heroic investigative reporter Julie Kelly, who has almost single-handedly exposed the legal persecution of January 6 dissidents, points out that such FBI behavior is par for the course. Read this whole sobering thread:

I said from the start this was coming. I reported on this for 18+ months to defend those wrongly accused to build the case against Trump.

With few exceptions, no one in GOP cared. They ignored my reporting as hundreds of lives were destroyed.

GOP owns this and all the damage.

Kelly also noted that the FBI apparently placed an informant inside Mar-a-Lago, and that the field office running the Trump investigation is led by … the same guy who oversaw the made-up kidnapping plot of Michigan Gov. Gretchen Whitmer. So no reason to suspect anything fishy there …

Cant say this enough: the guy in charge of the Washington FBI office was head of Michigan FBI office during Whitmer fednapping. pic.twitter.com/xPmhTkE2oT

If you want my considered thoughts on what the weaponization of the FBI means for American democracy, you can read them here: “Where Were You When You Heard That Joe Biden Abolished America?”

Read Tom Gilson reflecting on how rights invented by the State can be snatched back by the same State. So maybe we need a more profound basis for rights, such as a Creator who endows them …

John Stonestreet and Maria Baer reflect on the tragic, multi-decades legacy of legalized abortion in America. It isn’t pretty.