The Brew: Every Day is April Fools! 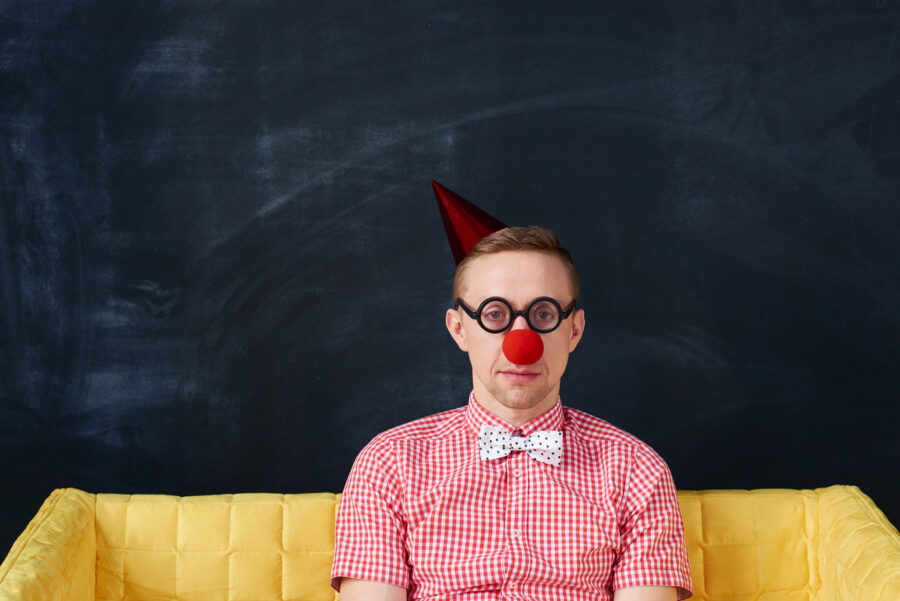 Imagine a day dedicated to telling people falsehoods. Or as CNN calls it, “Friday.”

Which gets to the problem with doing an April Fools Brew. As much fun as it is would be to whip up some real sounding stories that are April Fools jokes, reality beats me to the punch. Every day is now April Fools.

Every day, stories are told — often by our leaders and media influencers — that are flat out not true.

And every day there are stories that are true that leave you thinking “No way is that possible.”

This week alone proves the point.

What have we been told in the past week?

Saying “For God’s sake, this man should not remain in power” does not mean “I want this man removed from power.”

Telling military troops on the border of Ukraine “You’ll see for yourself when you get there” does not mean those troops are going to go to Ukraine.

And that’s just the White House racing to correct statements by Joe Biden on one little trip.

(As a related aside, here’s a NY Post article for Jill Biden to read. It tells how Bruce Willis’ family stepped in when it became clear the actor was having serious cognitive issues on movie sets. Call me crazy, Jill, but it seems more important — more loving — to get someone with cognitive issues off the world stage than a sound stage.)

“Dr. Fauci said we may never know if the lockdowns were worth it.”

Well, he actually said it.

Yup. During a confrontation with a group of homeless people in Los Angeles, Aunt Maxine told the homeless, “I want everyone to go home.”

“We don’t got no home, that’s why we’re here!” One member of the crowd reportedly shouted at the congresswoman. “What home we gonna go to?”

“OJ Simpson says he ‘understands the feeling’ Will Smith had.”

Yup. The guy who murdered two people and got away with it felt obligated to weigh in on The Slap. (Gee, OJ, imagine what you would have done to Ron Goldman had he made a joke about your ex-wife rather than simply return her mother’s glasses.)

Surely, they haven’t lost another laptop. But alas, under questioning from Rep. Matt Gaetz, assistant director of the Cyber Division Brian Vorndran claimed he had no idea where Hunter Biden’s actual laptop — given to the FBI in 2019 — happens to be. He said it’s not his job to know. Wait. Determining whether a laptop owned by blackmail-worthy son of the former VP and future president had been electronically compromised is not part of his job? Sure, the financial crimes unit, the political corruption unit and the sex crimes unit would claim dibs too. But surely the Cyber Division would also be a little concerned.

Tragically, no “April Fools” on this one. Disney admits they’re putting a bulls-eye on your child’s back. As The Federalist summarized the video calls uncovered by Chris Rufo, “Multiple Disney employees admitted their own personal missions to deluge 5 to 9-year-olds with as much of their own sexual ideology as possible.”

SCOOP: I've obtained video from inside Disney's all-hands meeting about the Florida parental rights bill, in which executive producer Latoya Raveneau says her team has implemented a "not-at-all-secret gay agenda" and is regularly "adding queerness" to children's programming. pic.twitter.com/eJnZMpKIXT

A “bear necessity” for children’s program is for it to be wholesome and constructive, not decadent and destructive. It’s been bad enough having Donald Duck run around without any pants for 90 years. What next? Goofy with fake breasts and a shaved Adam’s apple?

“Caitlyn Jenner has been hired as a Fox News Contributor.”

What’s the big deal? You know how many Olympic decathlon champions-turned Hollywood conservatives there are who went onto be the step-father and father of ta reality show dynasty before declaring they’ve changed their gender, and landing a glam cover of Vanity Fair? Must be dozens.

Finally … Things That Are True That We Wish Weren’t True

Finally, as much as we want April Fools Day to be fun, it’s actually a bit of a bummer for The Brew. We are saying “fare thee well” this morning to the great Stream senior editor David Mills. David’s off to a dream job, so we are completely stoked for him. However, we will greatly miss him. David has been the primary editor of The Brew, making sure I don’t do anything to get us in too much trouble, and to correct my multitude of errors.

David’s also been part of The Stream since even before we launched. Not only are his editing and teaching skills extraordinary (all Stream writers experience what we call “The University of Mills”), as a writer …. Well, let’s put it this way. Some of his virtuoso essays literally stopped me from writing for hours. I’d read them, and declare to the heavens, “I’m no writer. I’m a monkey randomly hitting keys.” Fortunately for my job security, the feeling would pass after a few hours.

So, thank you, David, for the editing, for the inspiration, for the intellectual stimulation … for the friendship. And I really do hope the Red Sox win the World Series.

(April Fools! Had to get at least ONE in there!)