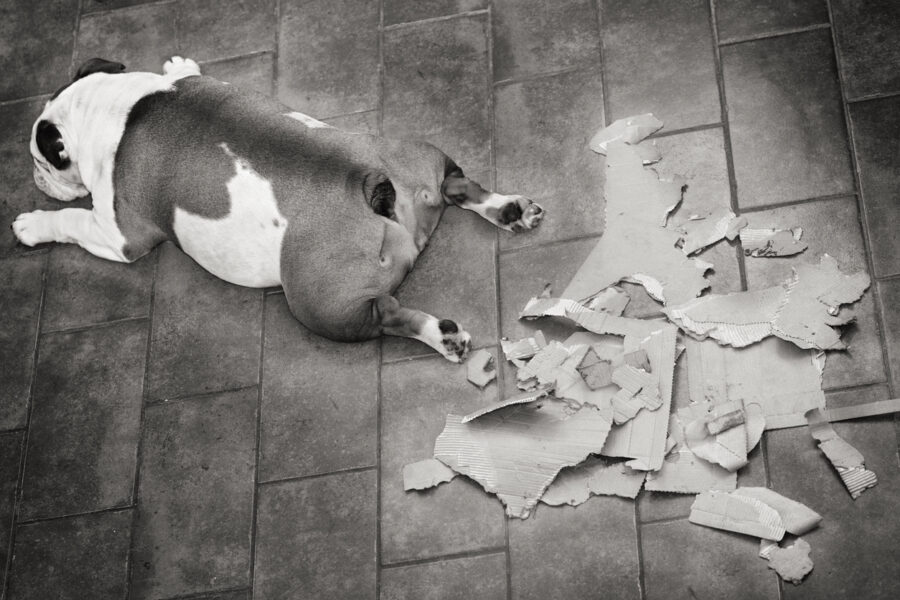 Ever wonder why God gave you two arms? The White House COVID advisor has an answer coming up.

“As requested by the incumbent president.” With those words, the judge who ruled to appoint a special master over the documents seized at Mar-a-Lago revealed that Joe Biden is an active participant … you could say instigator … in the criminal investigation launched against his political opponent.

How did the FBI get hold of the 15 boxes Trump’s people had turned over to the National Archives in the spring? Judge Aileen Cannon cites a communication from the Archives: “NARA will provide the FBI access to the records in question, as requested by the incumbent President, beginning as early as Thursday, May 12, 2022” (emphasis ours).

Margot Cleveland of The Federalist also found the DOJ’s timeline curious. The DOJ got a grand jury subpoena on May 11 … before getting the boxes. She asked:

But why would the DOJ seek a grand jury subpoena for any and all documents in Trump’s possession bearing classification markings before reviewing the material provided by the NARA? And given that the DOJ obtained the subpoena the day after the NARA told Trump’s lawyer “the incumbent President” had requested the archive provide the documents to the FBI, one must ask: Did Biden direct the DOJ to obtain the grand jury subpoena?

In her great piece dissecting the bombshells in the 24-page ruling, Cleveland also notes that the Feds literally tried to make a federal case out of torn documents. Really. The 2nd basis for DOJ’s criminal referral was Trump returning documents that were damaged.

If that’s a crime why isn’t Pelosi being charged with ripping up Trump’s State of the Union speech?

‘Everybody’s Entitled to Be an Idiot’

Hmm. Did we witness the birth of a new campaign slogan?

Joe Biden got heckled during his Labor Day speech. Again. His response? “Everybody’s entitled to be an idiot.”

Given the drab turnout for his public events, you’d think a better response would be, “I’m glad somebody showed up.”

Seriously, Joe should be thrilled hecklers take the time to go to his events, when Democratic candidates can’t be bothered. “Sorry, Mr. President. I have my fantasy football draft that day.”

Biden also came up with a new nickname for Trump supporters, calling them “Trumpies.” Like Moonies or Goonies? Today “Trumpy” was trending on Twitter. Almost like it was planned with Big Tech.

Speaking of which, Missouri Attorney General Eric Schmitt tweeted out Tuesday that a federal judge has ordered the DOJ to turn over records from White House and HHS officials like Dr. Fauci and the Press Secretary. The records are part of Schmitt’s lawsuit against the Biden Administration for colluding with Big Tech to censor opposition voices. Last week, documents were released proving that dozens of Administration officials had been in regular contact with Big Tech companies, working to shut down stories that went against the party line. And censoring individuals like former NY Times columnist Alex Berenson.

Karine Jean-Pierre: "That comparison that you made is just ridiculous." pic.twitter.com/0KuWfKOMnr

After calling the comparison “ridiculous,” Jean-Pierre pivoted to January 6 and the “insurrection.” Which is amusing, considering that the claims from people like her that Trump “stole” the 2016 election were accompanied by widespread violence on Trump’s Inauguration Day and throughout his presidency.

In fact, Albin Sadar has a wonderful column on the way, talking about the real “insurrection” in America. Keep checking back to The Stream for that puppy.

Tell Me Again About ‘The Big Lie’: Video Proof of Ballot Harvesting and Stuffing in Detroit in 2020

Here’s what’s ridiculous, Ms. Jean-Pierre. Each week brings more proof that the 2020 election was rife with fraud. In fact, Gateway Pundit has just dropped a two-parter with video showing drop-box ballot stuffing in Detroit, Michigan, in the 2020 election. Michigan Citizens for Election Integrity (MC4EI) dug through thousands of hours of surveillance footage Gateway Pundit obtained of 19 drop boxes in the Detroit area.

Part-One sets the stage, laying out the nature of ballot harvesting and explaining what you’ll see in the videos. Including people dropping off masses of ballots and taking pictures to prove they did it. (Just as in Dinesh D’Souza’s 2000 Mules.) It includes a 4-minute teaser.

We should remind you that Michigan is the home of Soros-funded Secretary of State Jocelyn Benson. Amazingly, Benson now denies any culpability for the millions of private dollars she allowed Mark Zuckerberg to spend to buy progressive activists access to operate in — and sometimes run — swing state election offices. In response to a lawsuit filed against her by the Thomas More Society on behalf of Michigan voters, Benson says the 2020 fix is not her fault because she “didn’t personally hand out the money.” A defense that didn’t work for Charles Manson, BTW.

The suit against Benson was actually filed before the 2020 election in an effort to stop what was set to happen. It argued that

By the way, Benson also just lost a bid to keep 25,000 dead people on the Michigan voter rolls.

At least now, thanks to Gateway Pundit, Benson gets to enjoy videos showing off her 2020 handiwork.

So what do you think the odds are of the Biden DOJ investigating whether the Postal Service had an active role in illegal ballot harvesting in 2020? I mean, at the very least, if they’re not real postal workers, shouldn’t the Postal Service be worried about imposters fixing elections in fake federal uniforms?

Biden COVID-Advisor: “I really believe this is why God gave us two arms; one for the flu shot and the other one for the COVID shot”

To which one Twitter user had an epic response: God also gave us an immune system.

God gave us an immune system too, you know?

Pastor’s Corner is back! After a summer of COVID, conventions and other craziness, our Tom Gilson resumes his effort to provide practical tools for pastors to help tackle the tough issues of the day. “Rebooting the Pastor’s Corner.”