...while soccer fans in Liverpool remind the world what sportsmanship looks like. 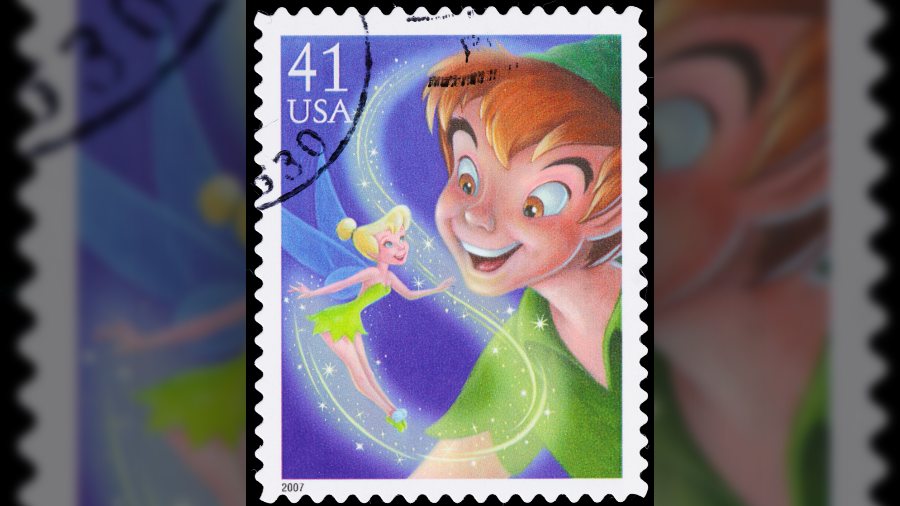 "Have you been cancelled yet, Peter?" "No, not yet, Tinker Bell. But the morning is young!"

Before we get pouring, a quick message from our sponsor. Yesterday we mentioned that we are looking to hire a Social Media Specialist. I forgot to make clear the only way to apply is via the online job posting announcement. Emails, phone calls, social media messages, skywriters, cannot be considered … and make the HR people lose their happy face.

Disney’s hellbent effort to destroy its brand continues. Disney has now concluded that Tinker Bell and Captain Hook, from Peter Pan, are “potentially problematic.” The classic characters perpetuate negative stereotypes and may require a disclaimer on Disney+.

The New York Times has the story behind a paywall. But Newsmax has a summary.

Captain Hook apparently could lead to “discrimination or prejudice against individuals with disabilities because he is a villain.” Uh, isn’t it prejudicial to say only people with all their limbs are capable of being villains? By their logic, couldn’t Hook also lead to prejudice against people with mustaches? People with large hats? In any event, you’d think, by virtue of being a white guy, Captain Hook was guaranteed villain status by Woke Disney — regardless of whether he’s missing a hand.

What about Tinker Bell? According to Disney’s “Stories Matter” project, her jealousy towards Wendy makes her problematic. Moreover, she is “body-conscious.”

As Outkick noted, “Disney wants teachers to talk about sex changes with young children but fears those same kids might get exposed to the body-conscious Tinker Bell.”

Notice there’s no problem with Peter Pan, a boy who doesn’t grow up and tends to be played on stage and screen by women.

It’s Time Once Again for ‘Who is the President?’

She lies. How do we know? This week’s installment happened Tuesday. Joe Biden was asked directly, “Mr. President, should people continue to wear masks on planes?” His response: “That’s up to them.”

Seems pretty clear and definitive — and in line with the wishes of the American people, the airlines and, for that matter, the science.

But, alas, the words were barely out of his mouth when his Department of Justice announced it would appeal Monday’s federal court ruling striking down the travel mask mandate … pending CDC advisement.

“But Al, the DOJ is supposed to operate independently from the White House.” Yeah, tell that to the parents who protested at school board meetings only to have the White House and DOJ coordinate to label them a terrorist threat. Or the people being persecuted for taking selfies at the U.S. Capitol.

But even if the DOJ was independent, what about White House Press Secretary Jen Psaki? Before Biden spoke, she said the CDC is still advising the masks be worn, “We’re abiding by the CDC recommendation, the President is, and we would advise all Americans to do that.”

So who is the president? The guy we’re told is the president says masks are up to the citizen, while Psaki’s “president” wants the mandates back and says “do what the CDC says.”

Biden himself, 2PM: No, masks should be optional

The next few days should prove interesting in Elon Musk’s battle for Twitter. Sure, the Twitter board of directors rejected his $43 billion offer, favoring a “poison pill” that dilutes the value of the stock over allowing someone who believes in free speech to take control.

The fill-in-the-blank answer is “Tender” … from the F. Scott Fitzgerald novel Tender is the Night. This suggests Musk is set to push for a tender offer, where his bid to purchase all of Twitter’s stock goes directly to the shareholders. And the Twitter board can go tweet itself.

So where is Twitter Founder Jack Dorsey in all this? Over the weekend, the former CEO took a direct shot at the Twitter board, tweeting “it’s consistently been the dysfunction of the company.” Jack also agreed with a user’s comment that “good boards don’t create good companies, but a bad board will kill a company every time.”

it’s consistently been the dysfunction of the company

According to The Street, “Elon Musk and Jack Dorsey appreciate each other and do not hide it. You could even say they are buddies.” The business website postulates that Musk and Dorsey have formed an “alliance.”

“Pressuring the board: That’s the effort of the two billionaires, who have always presented themselves as two outsiders of Silicon Valley and of the system they have decided to disrupt.”

Makes you wonder: What if the face of Twitter, the mad genius behind the tech giant, threw his full support behind Musk?

The Temple of Satan is eagerly pushing into schools. (Given what’s going on in schools, was there any doubt the enemy was working overtime?) But this time I mean the literal “Temple of Satan” organization. They’ve been pushing After School Satan Clubs to combat Christian after-school programs.

But Tuesday night, their effort to start an After School Satan Club at Northern York Elementary in Dillsburg, Pennsylvania, failed. After citizens and a Temple of Satan representative spoke, the local school board voted nearly unanimously to reject the effort.

Most heartbreaking was the statement of a woman named Jackie Bieber. She had just lost a child to a suicide website run by a Satanic group.

“They gave her step-by-step instructions. We move over here, and now we find out there’s an after-school Satan club.”

Thank God for this school board choosing to reject the club. We pray a hedge of protection around that elementary school, because the enemy won’t give up targeting those kids just because of a school board vote.

You know how English soccer fans are stereotyped as hooligans and thugs? Not Tuesday night.

On Monday, soccer superstar Cristiano Ronaldo shared the devastating news that his newborn son had died. He missed Tuesday night’s match between his Manchester United and Liverpool to remain with his family.

However, during the seventh minute of play — in honor of Ronaldo’s number 7 — Liverpool fans rose in unison, standing and applauding for the entire minute, singing “You’ll Never Walk Alone.”

Klopp: "The seventh minute saw everyone show class. There are so many things much more important in life than football. It was a thought for Cristiano and his family." pic.twitter.com/6duWIR40Nq

A classy gesture from both Liverpool and Man United fans who briefly unite to pay tribute to Cristiano Ronaldo and his family. #beINPL #LIVMUN

Ronaldo’s sister Elma later posted, “Thank you for this Liverpool. We will never forget what you did today.”

A huge tip of the Brew to Liverpool.

Gov. Mike Huckabee catches us up on the Libs of TikTok saga.

Stream contributor Nolan Lewallen talks cowboys, the Titanic and scripture in “Like Pharaoh and Rehoboam, Biden Doubles Down on Disaster.”