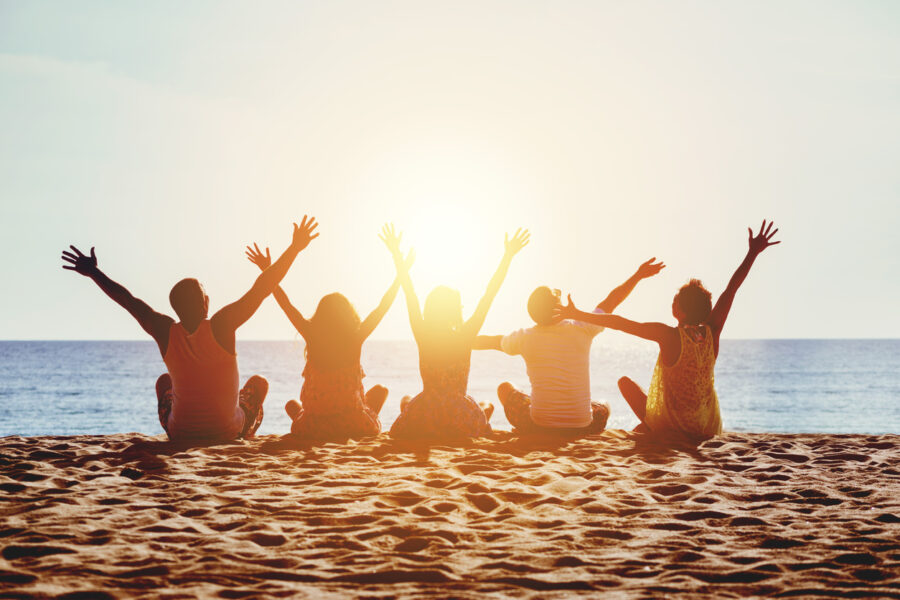 It’s Monday morning, and I know what you all are thinking:

How can we face the new week knowing that Kim Kardashian and former SNL star Pete Davidson are no more? Nine months of dating and … kaput.

Is there no end to the parade of bad news?!

This celebrity news moment brought to you by Reprieve. Reprieve provides you a momentary distraction from the real news. Reprieve. Find it in your grocery store check-out aisle.

Beach-Bound Biden Refers to Himself as VP Again. And No One Seems to Notice

If Ronald Reagan was the Great Communicator, Joe Biden’s becoming the Great Afterthought. On Thursday, Biden again referred to himself as the Vice President.

Biden was bemoaning the fact “I can’t drive a vehicle while I’m vice president.”

Few in the media even noticed.

Then again on Friday, Biden again seemed to forget he’s president. When touting the jobs report he said, “You know, I know most families are focused on just putting three meals on the table, taking care of their kids, and paying their bills.  Helping you do that is my job.  That’s a President’s job as well.”

Uh, I thought you were the president.

Since the lines are in the official White House transcript of his remarks, and that staff tends to clean up his biggest gaffes, perhaps it’s not a gaffe, just a speechwriter trying to be clever. Dear speechwriter. “That is my job. That’s a President’s job as well” is not a line you write a day after your boss calls himself the “vice president.”

Biden also continued to test positive for COVID and his voice sounded wretched. Few in the media even noticed. The good news is he did finally test negative Saturday and Sunday, and returned right to work solving the nation’s problems. No wait. He went to Delaware beach for a vacation day.

The bad news is: the White House still refuses to make Biden’s doctor available to the press.

The fact that Biden is quickly becoming an afterthought … even in his own administration … was brought home by the Associated Press Sunday. “Some of Biden’s most striking, legacy defining legislative victories have come by staying out of it.”

Over five decades in Washington, Joe Biden knew that the way to influence was to be in the room where it happens. But in the second year of his presidency, some of Biden’s most striking, legacy-defining legislative victories have come by staying out of it. https://t.co/td0VlmaOoO

The latest appears to be the “Inflation Reduction Act,” passed the Senate while Biden’s off to the beaches of Delaware. Ironically, that same stretch of beach is the setting for the following story.

A long time ago, I and this other guy were vying for the affections of a most lovely classmate. During a post-graduation group jaunt to Rehoboth/Bethany Beach, she chose me. The dude retaliated by removing a tire from my car and flinging it into the woods, and disappearing into the night. Seems the Democrats are acting the same way. They know America’s going to reject them in November and in their jealous rage they’re hoping to trashing the place on the way out of town.

Really. Can you think of anything more the Democrats can do to wreck the America? How about pass another $369 billion in spending, massive new tax increases — including a tax on small and medium size businesses — and turning the IRS into an army against average citizens? That’s just what the offensively-named Inflation Reduction Act will do. And it has about as much chance of reducing inflation as Biden does of winning a surfing competition. But don’t worry. The “climate” scores big. Or at least the people who profit from climate hysteria.

Pelosi: Digging Holes at the Beach as a Kid Bonded Me to China

So China’s lobbing missiles like Stephen Curry lobbing three-pointers, Taiwan says China is actively rehearsing for an invasion, the Communist government of China says it will no longer cooperate with the U.S. on environmental issues or fentanyl because of Pelosi’s visit to Taiwan. And what’s Nancy Pelosi doing?  Talking about … playing in the sand.

"When I was a little girl, I was told at the beach if I dug a hole deep enough we would reach China. So we've always felt a connection there." pic.twitter.com/ZBkd77XnW6

Said the deep-thinking Speaker: “When I was a little girl I was told at the beach if I dug a hole deep enough we would reach China. So we’ve always felt a connection there.” Yeah. You certainly have dug a deep hole … for all of Asia and the United States.

Pelosi says she was also told at the beach not to go swimming right after eating. And that’s why she’s so concerned about climate change. Okay, we made that up.

But seriously, listening to Pelosi say something that inane, you have to ask, “China’s worried about her?!?!”

As Sharp as a Bucket of Sand: White House Press Secretary Says the Supreme Court Reversing Roe was “Unconstitutional”

She’s right. How silly of the Supreme Court of the United States to think it can determine what is and isn’t constitutional.

Jean-Pierre says it was "unconstitutional" for SCOTUS to overturn Roe. pic.twitter.com/zQyzdZxRh8

Prediction: Jean-Pierre will be leaving the White House by Christmas for an exciting opportunity in the private sector (say, CNN).

McDonalds has ended its experiment with the McPlant burger, made from the Beyond Meat beef substitute. Sales of the burger fake were dismal. The idea people would go to McDonalds to eat a burger that’s not really a burger was always tough to swallow.

According to the Washington Times, Hardee’s, A&W and Dunkin’s have ended their launches, and folks like KFC and Taco Bell are cancelling plans to offer Beyond Meat efforts.

The lesson: Social engineering through our stomachs isn’t going to work. And just because the progressives think they can change humanity from two sexes to an infinite number, they can’t change humanity into herbivores.

Stream senior editor Nancy Flory has interviewed the man behind the documentary Trump 2024: The World After Trump. What you need to know before the next election.