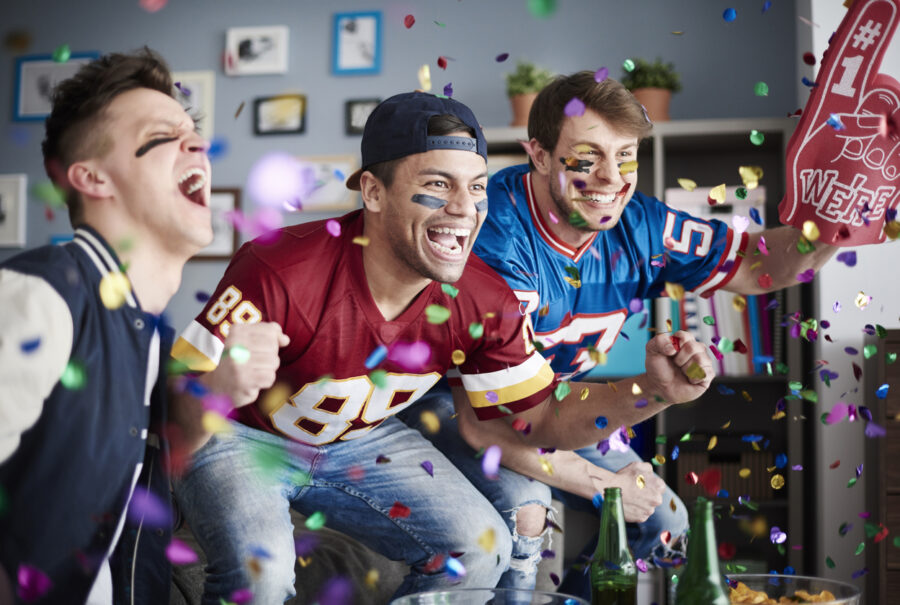 Let’s start The Brew with some good news. And a tweet that will make your heart sing.

“God is Using Me in a Different Way Today”: Message from Damar Hamlin

One week ago tonight, Bills safety Damar Hamlin’s heart stopped during Monday Night Football. The nation collectively prayed as it hasn’t prayed in who knows how long.

On Sunday, Hamlin released a video before the Buffalo Bills game, tweeting, “GameDay.. Nothing I Want More Than To Be Running Out That Tunnel With My Brothers. God Using Me In A Different Way Today. Tell Someone You Love Them Today!”

GameDay.. Nothing I Want More Than To Be Running Out That Tunnel With My Brothers. God Using Me In A Different Way Today. Tell Someone You Love Them Today! 🫶🏾3️⃣ let’s go @BuffaloBills ❤️💙 pic.twitter.com/XgA7S3Bpvn

When you put real love out into the world it comes back to you 3x’s as much. The Love has been overwhelming, but I’m thankful for every single person that prayed for me and reached out. We brung the world back together behind this. If you know me you know this only gone make me stronger. On a long road keep praying for me!

Putting love into the world comes back 3xs as much… thankful for everyone who has reached out and prayed. This will make me stronger on the road to recovery, keep praying for me! 🫶🏾3️⃣

Doctors at University of Cincinnati Medical Center say Hamlin is “making continued progress in his recovery,” and his neurological function is “excellent.”  And prayers continue. This was the scene before Saturday night’s game between the Jacksonville Jaguars and Tennessee Titans:

Jaguars, Titans come together for group prayer for Damar Hamlin at midfield before do-or-die game https://t.co/8mKZuC5AZ7

And Sunday’s games around the league all included tributes to Hamlin in a “moment of support.”

As for the Bills? They returned the opening kickoff for a touchdown.

The first play in #Bills vs. #Patriots is a 96-yard kickoff return TD from Nyheim Hines. #BillsMafia | #NFL pic.twitter.com/uEty5RWbeq

It was the first time in three years, three months that a Bills player had returned a kickoff for a TD. I agree with a tearful Josh Allen. “Pretty cool.”

"It's been 3 years and 3 months since the last kickoff return for a touchdown… pretty cool."#LoveForDamar #ForDamar #BillsMafia pic.twitter.com/oYUZpTIEKr

Biden Finally Goes to the Border

After two years in office and some 5 million illegal immigrants allowed into the country, Joe Biden finally went to the southern border Sunday.

The crime scene was sanitized before his visit. The New York Post reported that El Paso authorities were tearing down migrant encampments “under cover of darkness,” returning hundreds of illegals to Mexico.

Everything is fake with this administration
Texas el paso yesterday v today 👇 pic.twitter.com/YMf3y6Uz4s

El Paso being cleaned up as if nothing unusual ever happened there. Just in time for Biden's "visit to the border".

We suggest just landing in Des Moines, Iowa and telling him it's El Paso. He'll never know the difference.

The White House talks about the border “mess” they inherited. That is fiction.

Some quick numbers on border crossings:

In the 1970’s, the Church Committee investigated and exposed the seedy deeds of the CIA, FBI, NSA and IRS, leading to massive reforms in the intelligence community.

One of the agreements (or concessions) hashed out during the Speaker debate was the formation of a new Church-style select committee that will dig deep into the criminality, election meddling, politicizing and First Amendment-shredding of the FBI, CIA and DoJ.

Rep. Thomas Massie is set to head the committee. The committee will have full subpoena power and teeth to hold those who abused their power to account.

The question is this: Will they have a William Colby? Colby was the former CIA director who testified before the Church Committee. Rather than stonewall and lie — as we’ve seen in recent years from John Brennan to James Comey to Christopher Wray — Colby spilled the CIA’s dirty secrets. Came clean. Gave up the “family jewels,” nearly 700 pages on how the CIA had spied on Americans, murdered foreign leaders, and conducted an unholy number of acts outside its charter. Made himself a lot of enemies in the Swamp. (Colby ended up drowning mysteriously while out for his daily canoe ride. Check out the fascinating documentary The Man Nobody Knew.)

The Truth About January 6

A hot topic of the new Church committee must be the truth about January 6. In particular, the FBI’s role in what happened, and just who was Ray Epps working for. Epps was famously seen on January 5 and 6, urging the crowd to storm the Capitol. He admitted to his brother to “organizing” protests. And yet, despite video proof of his actions, Epps remains untouched by law enforcement. Coddled by the J6 committee like a teddy bear.

While the committee’s at it, maybe it can find out why Pelosi and Cheney’s J6 Committee decided to leak the Social Security Numbers of nearly 2000 Republicans who visited the White House. This includes the SSNs of governors like Kristi Noem and top government officials.

Speaking of January 6, John Zmirak interviewed Nicholas Ochs, a Christian patriot and former Republican candidate for Congress, who this week is headed for four years in prison for the invented crime of “disrupting official proceedings” at the Capitol January 6. We’ll see that interview later today.

Certainly, any committee must subpoena Capitol Hill Police Officer Michael Byrd. This member of Pelosi’s detail shot and killed unarmed Trump supporter Ashli Babbitt on January 6. Did you know that Byrd refused to be interviewed or interrogated by the FBI or DC police? And they just let it slide. Let a military vet who posed no threat get gunned down without any real independent investigation.

On Friday, the second anniversary of Babbitt’s killing, her mother Micki Witthoeft took part in a protest/memorial at the Capitol. The same Capitol Police force that shot her daughter busted her for failing to obey police orders and blocking traffic.

🚨 BREAKING ‼️
They arrested Ashli Babbitt’s mom, Micki, for jaywalking!
I guess she’s lucky they didn’t murder her like they did her daughter.https://t.co/9e4LpovO5i https://t.co/4tbIsEMLiN pic.twitter.com/SrU7Y6znma

“A woman in the group was given multiple warnings to get out of the road,” stated Capitol Police. “Instead of getting out of the road, the woman refused to leave, turned around with her hands behind her back, and asked to be arrested.”

Witthoeft told Newsmax she was “arrested aggressively” after trying to place flowers in honor of the four protesters who died on January 6. She claims the mourners were not allowed on the sidewalk because they were carrying American flags.

A transsexual has confessed to burning down an historic church in Portland. Cameron David “Nicolette” Storer walked into a police station January 4, saying he wanted to “take credit” for torching Portland Korean Church, a 118-year old church formerly the First German Evangelical Church.

The church had been set ablaze January 3. The damage was so severe, the historic structure had to be torn down. Journalist Andy Ngô reports that the bearded suspect is currently jailed in a co-ed medical dorm in a single cell.

Former Secretary of State Hillary Clinton is becoming a professor at Columbia University. Who can’t wait to take “Killing Your Own Ambassadors 101,” “Turning Foreign Disasters into Fun and Profit 202” or her Master’s Class in “Toppling Governments and Reviving Human Slavery in Africa.”

Although she’s going to focused mostly on international affairs, no one’s going to miss her sociology seminar “How to Blame Russia for Everything Going Wrong in Your Life … Except When You’re Blaming ‘Vast Right Wing Conspiracies.’”

We honor Pastor Jack Hayford, the humble church giant who passed away yesterday at the age of 88. You can find my tribute to this “Pastor of Pastors” here. Plus we have a bit of inspiration from Pastor Jack himself, with “Pastor Jack on Forgiveness.”