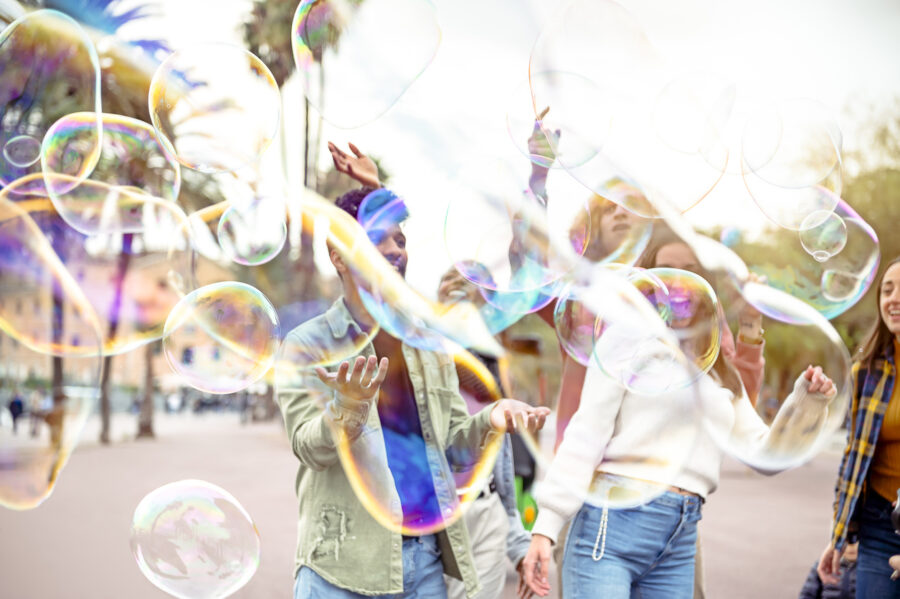 Welcome to the first full day of summer.

Summer’s here and the time is right for dancing in the streets.

Because nobody can afford the gas to drive on the streets.

But don’t worry. The White House is doing everything it can to “elevate” the pain Americans are feeling. They said it, not me.

"The president has been very clear in making sure that he does everything that he can to elevate—to alleviate the pain that American families are feeling when it comes to gas prices." pic.twitter.com/gEJypNevyz

Maine’s ‘nonsectarian’ requirement for its otherwise generally available tuition assistance payments violates the Free Exercise Clause of the First Amendment. Regardless of how the benefit and restriction are described, the program operates to identify and exclude otherwise eligible schools on the basis of their religious exercise.

Meanwhile, we are still awaiting the Supreme Court decision on Kennedy v. Bremerton School District, the case of the football coach forced from the sidelines for praying at midfield after games.

And of course, the mother of all Supreme Court decisions this year remains to be seen: whether SCOTUS has, indeed, overturned Roe v. Wade.

CBS late night host … we don’t want to abuse the word “comedian” … Stephen Colbert spoke Monday night about the arrest of seven of his staffers for unlawful entry at the U.S. Capitol Thursday night. After being shooed away earlier in the day, the staffers were let back in that night by aides to a liberal congressman and were going around unaccompanied, harassing the offices of prominent Republicans.

Colbert dismissed the incident and declared that comparing the arrest of his staff to those charged with J6 crimes was “shameful and grotesque.”

AG Garland Over in Ukraine?

Attorney General Merrick Garland made a surprise visit to Ukraine. Did he want to be somewhere safer than Washington, D.C.? No, he was there to emphasize the U.S. support for war crime prosecutions arising out of the Russian war in Ukraine.

With all that’s going on here, he couldn’t do Zoom? No. Prosecuting Russians for crimes against Ukrainians is far more important than prosecuting criminals here who are injuring and killing Americans. Just like Ukraine’s border is more valuable than our border.

No wonder the administration doesn’t fret much about food shortages. It’s convinced Americans are chopped liver.

On Monday, several Iranian vessels challenged ships from the U.S. Fifth Fleet, with one making a direct run at the USS Siricco, coming within 50 yards before being warned off by a warning flare.

The Navy has a new training video out. Teaching our servicemen and women naval strategy and tactics? How about how to fire Tomahawks? Even the proper way to swab a deck? No. It’s about how to create safe spaces by using proper gender pronouns.

WATCH: The Navy is training its members to create a "safe space" by using proper gender pronouns.

Here's their new instructional video, which is modeled after a children's show:

Mind you, this is an “official U.S. Navy video.” And our enemies are watching. And busting a gut.

Some Famous Quotes From the Biden Navy

The Biden Navy is making the Village People look like the cast of Hunt for Red October. You can imagine their spin on famous U.S. Navy quotes.

“We have met the enemy, and they’re using the wrong pronouns.”

“They/Them have not yet begun to fight.”

In all seriousness, as our enemies are gathering in strength and testing our military resolve, we read another historic quote, this one a real one from Captain John Paul Jones.

“Without a Respectable Navy, Alas America.”

So Much for Inflation. Price for Photo With Kamala Harris Drops From $15K to $5K

In the 1986 comedy Ruthless People, Bette Midler plays Barbara Stone, a woman kidnapped for ransom by a sweet young couple done wrong by Bette’s husband, Sam Stone. Except Stone wants to do away with his wife, so he’s refusing to pay. Even to the point of telling the kidnappers, “I dare ya’ to kill her.”

In this scene, Barbara is told what’s going on.

“You mean to tell me I’m being marked down?!” she cries. (For those who only know the shrill, hateful liberal of today, this is a reminder of how fun and entertaining Midler used to be.)

This clip came to mind when considering another shrill liberal of today. Poor Kamala Harris. She, too, is being marked down. The DNC was offering a chance to get a photo with Kamala at the Women’s Leadership Forum. The price: $15K. The event failed to sell enough tickets, so it was postponed. Now, for a fundraiser in June, the price of a photo with Kamala has dropped $10 grand to $5,000.

As the Twitterverse noted, a photo with Kamala is the only price in America that’s dropping.

Stream contributor and Eric Metaxas Show producer Albin Sadar pulls no punches with “The January 6 Committee: The Real Insurrection Happened November 3, But You Knew That.”

The Stream’s Tom Gilson has a great one called “WHO Admits Mental Health Issues Rose During Pandemic; Shamelessly Shills for Support to Solve Problems They Caused.”