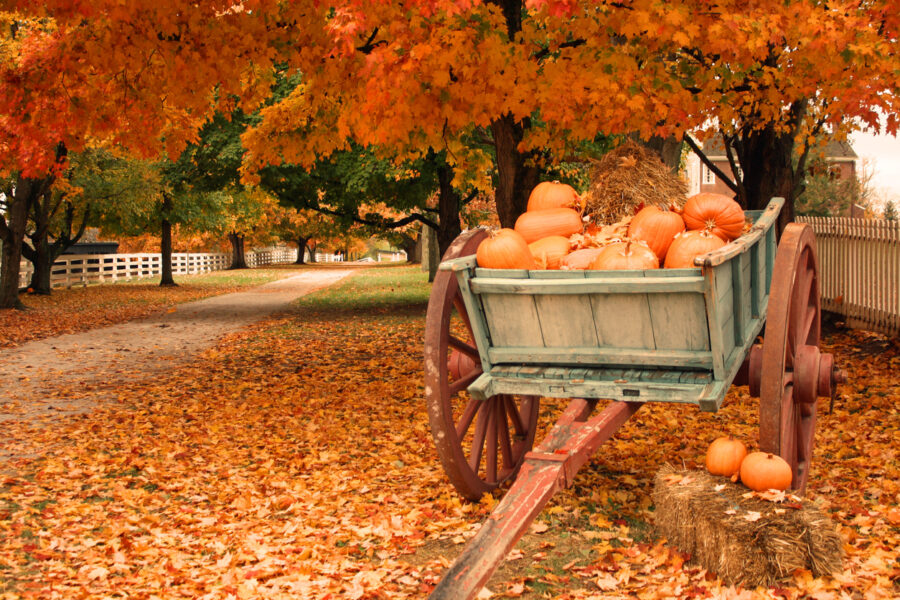 Today can be summed up in two words: “Happy Columbus Day!”

Yes, I’m poking fun at the president. More on that in a bit.

Biden: We’re Closer to “Armageddon” Than Any Since Cuban Missile Crisis … Time to Take the Weekend Off

During a Democratic fundraiser last week, Biden told donors the world is as close to “Armageddon” as it has been since the Cuban Missile Crisis. Which immediately raised the question, “If we are so close to nuclear war, what’s Biden doing at a fund-raiser? Why isn’t he in the Situation Room?”

Friday marks the 60th anniversary of the start of the Cuban Missile Crisis. On the 5th day of the crisis, when it was clear the Soviet Union was putting nuclear missiles and launchers in Cuba and JFK needed to make a decision on a response, Kennedy bailed on a campaign event in Chicago and returned to Washington, with the White House claiming he had a cold.

Today, Biden’s going to fundraisers, burning up tons of jet fuel to tout his economic accomplishments … and, of course, spending another weekend in Delaware.

Nuclear war is fun, until someone loses a continent. Hate to be flip, but those in charge seem to be very casual about the idea of a potential nuclear exchange … or at the very least, a massive war with Russia. Former Secretary of State and CIA Director Mike Pompeo called Biden’s comments “reckless” Sunday. Then there’s Ukrainian President Zelensky. He is calling for pre-emptive NATO strikes on Russian nuclear capabilities.

One thing — seemingly the only thing — the Biden Administration is doing is stockpiling $290 million worth of the radiation sickness drug NPlate.

Today, we purchased a supply of @Amgen’s Nplate, a drug to combat the effects of acute radiation sickness after radiological or nuclear emergencies. For more about how we leverage existing technology & inventory management practices to ensure preparedness: https://t.co/bsgRz74Izx pic.twitter.com/hox1yTSpzP

The question we can’t help wonder. Is the stockpile for Americans, or is that yet another precious resource headed to a country which put millions in the Biden family coffers?

Two Words: “Made in America”

On Friday, Biden said his economic recovery plan can be summed up in two words: “Made in America.”

BIDEN: "Let me start off with two words: made in America"

Okay, that’s Biden just being Biden. A day without an embarrassing mental lapse is like a day that doesn’t end in Y. What makes it particularly amusing is what happened when Rep. Lauren Boebert poked fun of the gaffe by tweeting in response “Two Words: Let’s Go Brandon” … and a bunch of blue check liberals attacked her for being stupid.

Sure, they look foolish. But that sooooo many jumped on Boebert is also a tell. Stories have been circulating in recent weeks that Trump is a big Boebert fan, and is considering her as his running mate. So naturally that means the attack puppies have to pounce at every opportunity … even if they’re the ones who end up getting bitten.

“Gee, fella. It was a total accident that severed horse head ended up in your bed when you wouldn’t give us what you wanted.”

PayPal instituted a new policy where it claimed it had the right to withdraw $2500 from user accounts if the Big Tech site thought what you did “promotes misinformation.” (As we’ve learned “misinformation” is anything the Left or the regime doesn’t like.) The backlash was immediate and intense.  Even the company’s former CEO David Marcus was outraged.

It’s hard for me to openly criticize a company I used to love and gave so much to. But @PayPal’s new AUP goes against everything I believe in. A private company now gets to decide to take your money if you say something they disagree with. Insanity. https://t.co/Gzf8faChUb

Well, on Saturday night, PayPal claimed it was all an accident. In a statement, they said the new “Acceptable Use Policy” had been sent out mistakenly. “An AUP notice recently went out in error that included incorrect information. PayPal is not fining people for misinformation and this language was never intended to be inserted in our policy,”

Really? How did it get written up then? Part of a typing test for a job applicant?

Last week, the AMA, American Association of Pediatrics and Children’s Hospital Association pushed the DOJ to prosecute those who dare question the new “gender care” cult; who state that lopping off healthy body parts of children or chemically castrating them is a bad thing.

I am announcing a new organization created by myself and fellow detransitioners called Detrans United. We were inspired by the criminal letter written by the AAP and APA to AG Garland to make our first initiative a letter written on behalf of detransitioners. OUR LETTER: pic.twitter.com/Fq0sePLRLV

The Detrans United effort can’t come at a more urgent time. Childhood gender dysphoria cases jumped a horrifying 70% in 2021 over 2020, according to a study released last week by Komodo Health, Inc.

By the way, read the AMA, AAPA, CHA letter to DOJ sometime. It sounds awfully like the letter National School Board Association crafted with the White House to push DOJ to target parents. Are the radicals in the White House behind this too? Can Chloe look forward to being raided by the Feds?

We’ll see. But what we can look forward to, with some confidence, is Chloe Cole will be a very, very important voice and will save the lives and futures of a great number of young people.

Not a Time for Cowards: Yet Another Democratic Candidate Bails on Debate With Opponent

Democratic Senator Maggie Hassan of New Hampshire has backed out of a debate with her GOP opponent (and political newbie) Ret. Brig. General Don Boluc. She has now insisted her appearance at Wednesday’s scheduled “debate” be solo. Boluc won’t even be allowed to stay in auditorium when she’s speaking. Thus far in the campaign, Hassan has rejected all of Boluc’s offers to debate. (Like Katie Hobbs in Arizona against Kari Lake. Like John Fetterman had been dodging Dr. Oz in Pennsylvania. They’re now scheduled to debate Oct 25, just a week before Election Day, but after weeks of early voting.)

The RealClearPolitics average shows Hassan up by 5.3 in the polls. But the most recent poll puts the margin at 3, suggesting the general is taking territory and the senator is retreating.

Whether Democrat or Republican, with the world on edge and so much at risk, this is no time for cowards in public office. No political opponent is tougher than the problems we’re struggling with. If you can’t face your opponent, you can’t face the issues.

Yes, the Washington Commanders lost a heartbreaker 21-17 to the Tennessee Titans after quarterback Carson Weinz threw an interception with his team just two yards from victory and seconds on the clock.

But the day was a great victory nonetheless. Commanders rookie running back Brian Robinson, Jr. made his NFL debut. The stats say Robinson got 22 yards on 9 carries. Not a fantasy football bonanza by any stretch. However, Robinson’s debut comes just six weeks after being shot in the leg during an armed robbery attempt. (And legs are kind of important when it comes to being a running back.)

Robinson was greeted with a well-deserved standing ovation from Washington fans when he took the field.

Jonathan Cahn sits with James and Betty Robison to discuss his new book The Return of the Gods. Meet the new gods, same as the old gods.

John Z kicks the week off with “How Our Woke Cultural Marxists are Building a New Berlin Wall.”