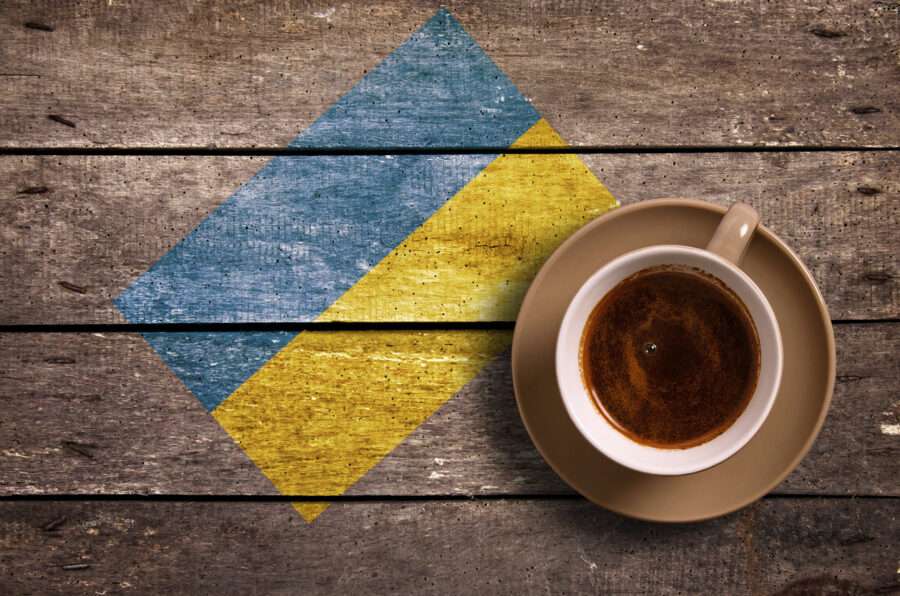 Al Perrotta has the day off.

For decades, too many Republicans have been trained to salivate at the prospect of foreign wars, like Pavlov’s hapless dogs. Those who refused got called “unpatriotic” during the Iraq war fraud.

Now the stupid foreign war that hawks are promoting involves a nuke-armed Russia fighting for its own backyard, as the U.S. did during the Cuban Missile Crisis. You’ll recall that the U.S. was willing to risk nuclear war to keep Cuba from hosting deadly missiles aimed our direction. Today, Russia faces deadly U.S. missiles aimed at its heartland, streaming into Ukraine. Let’s pray that everyone involved keeps his head and searches for peace.

Skeptics of trillion-dollar deadly aid packages to one of the two corrupt, xenophobic oligarchies squabbling over territory 6,000 miles from us are labeled “Putin apologists.”

But maybe the gaslighting is finally wearing off.

According to a report by The Hill, 86 out of 213 House Republicans attended Zelensky’s speech at the Capitol. Although, as Dave DeCamp of Antiwar.com noted, some of the Republicans were trying to get a headstart on Christmas travel, roughly a third of House members had active letters to cast proxy votes on December 21, 2022. This shows that there is a growing portion of Republicans who are against sending military aid to Ukraine.

Prior to Zelensky’s speech, Kentucky Congressman Thomas Massie went on Twitter to post that he would not be attending the address of a “Ukrainian lobbyist.” Several Republicans who attended the speech were found to be sitting during times when the majority of Congress was giving the Ukrainian leader a standing ovation, which includes Florida Congressman Matt Gaetz and Colorado Congresswoman Lauren Boebert.

Following Zelensky’s speech, Boebert posted a video on Twitter stating that she wouldn’t back ‘sending additional money to this war’ until ‘Congress receives a full audit of where our money has already gone.’

Gaetz published a statement that said Zelensky ‘should be commended for putting his country first, but American politicians who indulge his requests are unwilling to do the same for ours.’ Gaetz stressed that the speech did not change his position on ‘suspending’ aid to Ukraine.

Don’t get your hopes too, high, however: “Kentucky Senator Mitch McConnell said earlier this week that sending military aid to Ukraine was the ‘number one priority’ of most Republicans in Congress as the Senate passed the $1.7 trillion omnibus bill without much opposition.”

What About MAGA Lives?

Do MAGA lives matter? Gateway Pundit offers evidence that they don’t, at least not to our ruling oligarchs. It notes:

January 6th Committee failed to mention 3 of the 4 Trump supporters who were killed by Capitol Police that day.

And they only mention Ashli Babbitt in their report in passing. They do not include any details on how the unarmed Trump supporter was shot dead in cold blood by Officer Mike Byrd without warning.

There are five mentions of Ashli Babbitt only to say she was killed that day. … They do not mention the most important detail – that four Trump supporters were killed by Capitol Police that day.

In fact, they have been purposely hiding this fact from the American public for months now.

Open the Books, a transparency advocate, warns that once-plucky, populist Southwest Airlines has become ever more dependent on government subsidies — even as service slips:

Southwest Airlines received $7.2 billion in federal subsidies for payroll and operations since 2020. However, the airline stranded tens of thousands of passengers around the country on the Christmas holiday when it canceled 5,400 flights in less than 48 hours. Our auditors at OpenTheBooks.com verified the federal aid using government disclosures.

In September 2020, as part of massive COVID relief packages, Southwest received $3.3 billion from the federal government. Its stock price also received a boost, with the U.S. Treasury agreeing to purchase 1,054,907 shares of Southwest stock as part of the deal.

In April 2021, as a part of the American Rescue Plan Act and other subsidies, Southwest received another $3.8 billion, according to data on the federal transparency website.

In total, federal aid to the entire airline industry amounted to $64 billion in cash and loans during the Covid-period.

A coalition of animal advocates and libertarians, the White Coat Waste Project, was energized by the exposure of Anthony Fauci’s cruel, useless experiments on beagles and other animals. So it declared war on “gain of function” and other dangerous or pointless research projects funded by taxpayers. And it has chalked up some wins, apparently. As White Coat Waste Project reports:

It’s that time of year. Congress is once again scrambling to keep the government open and funded for another year. The mammoth $1.7 trillion spending bill—aka the “omnibus”— they’re about to enact is far from a perfect proposal but White Coat Waste Project is proud to have secured key victories in the War on Waste that all liberty lovers and animal lovers can celebrate.

Ever since we first exposed and ended taxpayer funding for dangerous gain-of-function (GOF) animal experiments in Wuhan, we’ve been working with Congress and coalition partners to permanently defund animal labs and GOF experiments in adversarial nations like Russia and China. In June, we worked with the House to pass a bipartisan measure cutting NIH funding for labs in enemy nations.

While that full bill didn’t make it into the final omnibus, the year-end spending package does include language defunding dangerous experiments with “pathogens of pandemic potential” in foreign countries of concern, despite the NIH’s shameless efforts to keep funding this waste and abuse. We’re grateful for key leadership on this issue from lawmakers including Reps. Brad Wenstrup (R-OH), Chris Stewart (R-UT), Dave Joyce (R-OH) and Sens. Joni Ernst (R-IA), Rand Paul (R-KY), and Roger Marshall (R-KS).

The Western Journal reports on the wacky worldview of one of our most important cinematic artists, James Cameron. It notes that “Cameron gave an interview with Variety recently where he discussed ‘female empowerment,’ but went about it in the most asinine of ways.” Cameron is promoting his Avatar sequel, The Way of Water.

‘I was really taken by the fact that Neytiri hunts while she’s pregnant. And then you have one of the characters go into battle pregnant. Why was that important?’ director Robert Rodriguez asked Cameron … .

‘Everybody’s always talking about female empowerment,” Cameron answered. ‘But what is such a big part of a woman’s life that we, as men, don’t experience? And I thought, Well, if you’re really going to go all the way down the rabbit hole of female empowerment, let’s have a female warrior who’s six months pregnant in battle.’

Plato once said that he cared less who wrote a city’s laws than who wrote its poems. Sadly, our biggest artists are apparently out of their minds.

Don’t miss Dennis Prager’s follow-up column about ideology breaking up families, “Leftists Defend Those Who Won’t Allow Conservative Parents to See Them or Their Grandchildren.” It’ll be up later this morning.

Friends of The Stream at the Ruth Institute speak to a retired Navy Seal who saw gender ideology wreck his life. Read his powerful story.