The Brew: Abolish the FBI. Enjoy Those Mushroom Clouds in a Nice Ukrainian Borscht 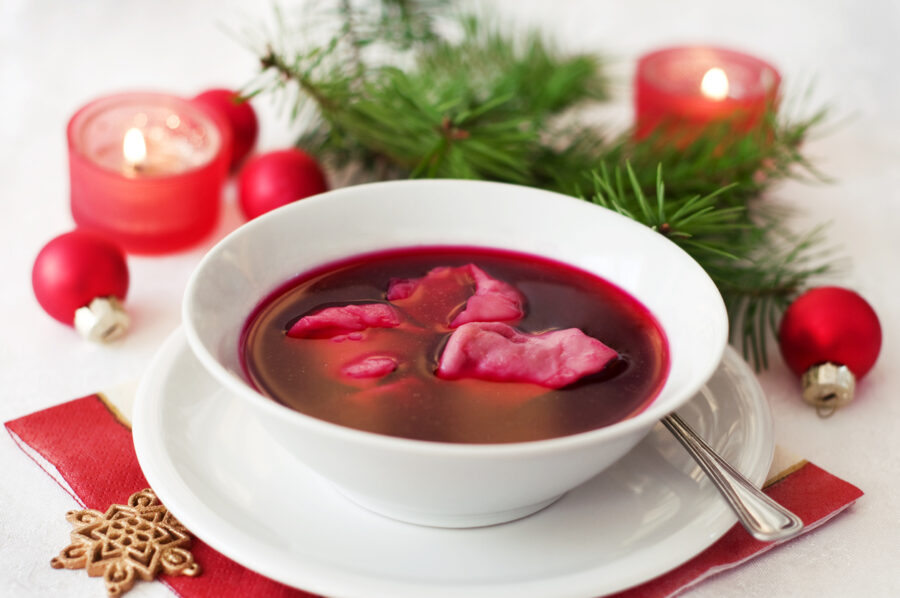 Al Perrotta is in Washington, covering the March for Life for The Stream.

A few days ago in a column, I made a grim assessment: that the Deep State empowered by the Patriot Act has turned into a fourth branch of government. Worse, it reigns supreme over the other three branches which our founders provided for in the Constitution. Neither Congress, the courts, nor even a sitting president (see Donald Trump) can hold our security apparatuses accountable. They’re a rogue state within a state, as if Vladimir Putin or Kim Jong Un had seized control of our country.

I hate to be right about stuff. But check out The Blaze’s reporting. Remember the lying piece of agitprop issued by a bipartisan conspiracy of Deep State hacks from the Obama and Bush administrations, which our compliant propaganda media touted as proof that Hunter Biden’s all too real laptop was “Russian disinformation”? That lie turned a presidential election — in other words, it was a coup, just like the one our Deep State engineered in Ukraine in 2014.

One of the signers of that infamous document is former top FBI official Andrew McCabe. And now that the GOP controls the House, McCabe is advising the FBI to stonewall legislators’ efforts to investigate Joe Biden’s abuse of classified documents:

Speaking with Anderson Cooper on CNN, McCabe said that Garland should not cooperate with congressional oversight.

“I certainly would advise them, if they were willing to listen to my advice, I would advise them to take a very hard line against that,” McCabe said of cooperating with congressional oversight.

“There is a clear precedent here of not sharing information, from an ongoing criminal investigation, with Congress. And I think the DOJ is in a very strong position to resist on those grounds,” he continued.

It’s clear that the FBI as currently constituted cannot be reformed. It must be padlocked, fumigated, and bulldozed — and a brand new agency devoted to preserving our liberties must be assembled from its ruins. None of the threats against which the FBI supposedly protects us, from drug cartels to Islamic terrorists, is half as dangerous as the FBI itself. We’d literally be safer with nothing at all in its place.

Before It Used Us as Guinea Pigs, Pfizer Did It to Children in Nigeria

Still having arguments with your vaccine-obedient friends and family members? Maybe you should point them to the very dark, disturbing track record of Pfizer in developing countries such as Nigeria. Kanekoa News reports that “Pfizer has habitually engaged in illegal and corrupt marketing practices, bribed physicians, and suppressed adverse trial results.” For instance:

In 1996, Pfizer administered an experimental drug during a clinical trial on 200 children in Nigeria but never told the parents that their children were the subjects of an experiment. Eleven of the children died, and many others suffered side effects such as brain damage and organ failure. A report by Nigeria’s health ministry concluded the experiment was “an illegal trial of an unregistered drug,” a “clear case of exploitation of the ignorant,” and a violation of Nigerian and international law. Pfizer did not obtain consent or inform the patients that they were the subjects of an experiment, not the recipients of an approved drug.

But hey, you’re an unfit parent if you won’t stick Pfizer’s Dead Baby Vax in your schoolkid’s arm.

Also, it’s a pity that more kids didn’t die of COVID, according to “rationalist” and New Atheist icon Sam Harris. Because that would have solved the real public health problem — vaccine resistance. Alexandros Marinos reports on Harris’ bizarre remarks.

What is it with Sam Harris and dead children?

In his new interview with John Wood Jr, Sam Harris claims that “in some sense we were unlucky” that covid didn’t kill hundreds of thousands of children.

What *happened* to him?

It’s a good thing Harris is so committed to human reason, and not a follower of some faith-based monotheist religion. Then he might be really dangerous … .

Don’t Look Under the Kilt: Trans Activists Out of Control in Scotland

For the first time, the UK has announced that it will use a constitutional mechanism to block controversial gender reform legislation that was passed by the Scottish government. The measure would make it easier for people to change their gender.

The bill would have removed the necessity for a diagnosis of gender dysphoria from a doctor before a person could apply for a gender recognition certificate (GRC).

It would have also lowered the amount of time that an applicant must live in their preferred gender from 2 years to 3 months. Most controversially, however, the bill would have lowered the minimum age of a person applying for a GRC from 18 to merely 16. [emphasis added]

Why are trans activists so obsessed with getting their hands (and knives) onto children?

Ukraine is Now a ‘De Facto’ Member of NATO

Do you remember our government agreeing to fight a nuclear war on behalf of the intolerant, corrupt, autocratic government of Ukraine? Do you recall when all the other members states of NATO signed on to what must be a unanimous decision, putting their fates in Ukraine’s hands and risking a world-ending war with Russia?

Neither do I. Because it didn’t happen. But Ukraine itself doesn’t worry about such formalities. Its government is already claiming NATO membership, with all its privileges, according to Big League Politics:

Ukraine’s Defense Minister Oleksii Reznikov recently revealed in an interview with the British Broadcasting Corporation that Ukraine is a “de facto” NATO member and expects the Collective West to send large amounts of weapons as soon as possible.

“Ukraine as a country, and the armed forces of Ukraine, became [a] member of NATO. De facto, not de jure (by law). Because we have weaponry, and the understanding of how to use it,” Reznikov said during the BBC interview.

Maybe we can use those mushroom clouds to make a delicious Ukrainian Christmas borscht.

Don’t miss Senior Editor Tom Gilson’s thoughtful reflection on why we need to read, and re-read, and live alongside the Bible.

Jason Jones, who’s in D.C. to attend the March for Life, reviews all four generations of the pro-life movement, and explains why it’s unstoppable.

The Brew: Why Bother With a Human Press Secretary? Also, Pfizer Records Dead Babies as ‘Resolved Adverse Effects’ of the Vaccine

From Ukraine to the US Border, Western Elites Are Arsonists Posing as Firemen