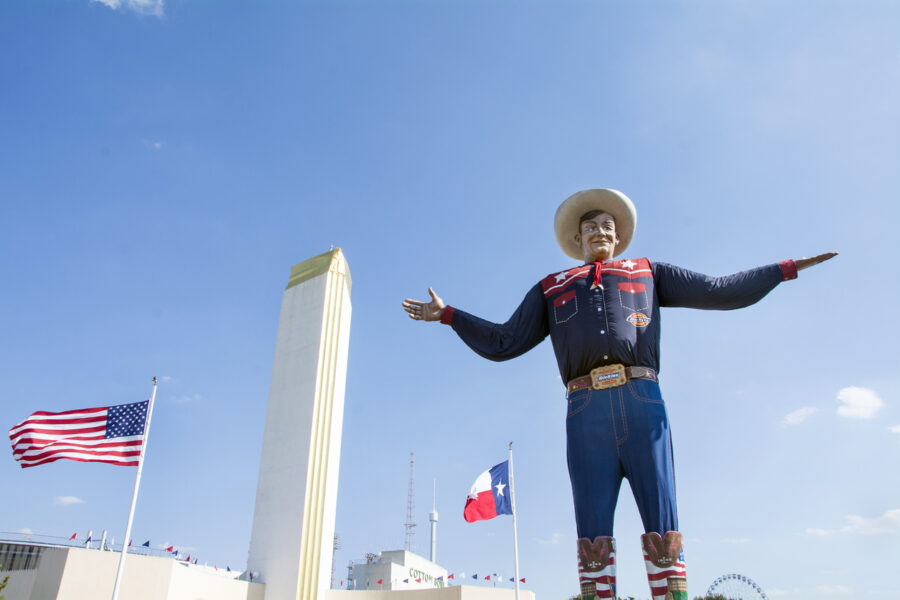 "Say, where ya' goin', little fella? Was it something I said?"

First a head’s up and apology. We aren’t pouring out as much Brew today. It’s moving day.

Nine years ago, when God called us to Texas and we were looking at maps of the DFW area, my wife joked, “The one place I wouldn’t want to live is Euless. ‘Where do you live?’ (thick Texas accent) ‘EEEEEUUUUUUUUUUUUULESSS.'” So where does God find us a house? EEUUUUUUUULESSS. And a year later, on the one year anniversary of my previous contract ending six months early, where am I offered a job with this new thing called The Stream? EEEUUUUUULESSSSS.

So just when Euless is getting interesting, God’s moving us back to the East Coast. And because God is far funnier than any comedian who ever lived, He’s plopping us in the middle of a community where every single street is named after something Texan or Texas sounding. Its logo is a cowboy riding a sea horse.

Although it’s tempting to think The Stream and LOI is kicking me to the DC area because the Euless people were sick of my absent-minded guitar strumming or morning rants about whatever dumb thing had happened overnight in the Swamp, I do believe they were happy to see me move to the DC area because I can serve you far better being near the Nation’s Capitol. (And to be done with my constant whining about needing a fix of Maryland crab soup.)

We’ll see how in the weeks and months to come.

However, for the next few days as we travel homeward, The Brew will be in the very capable hands of the great John Zmirak.

Although Texas will be in our rear-view mirror, EEUULESSS will always have a place in our heart. And yeah, nothing beats the Texas State Fair.

China Threatening to Attack US Over Pelosi Visit to Taiwan

Provoking Russia was so much fun, and led to such widespread death and destruction, let’s now provoke China! It looks like Nancy Pelosi will visit Taiwan despite China threatening military action. Al Jazeera reports several Taiwanese media outlets are claiming Pelosi will spend the night in Taipei and perhaps address the Taiwanese parliament Wednesday.

The Chinese government is repeating its warning of dire consequences.

I wonder, Joint Chief of Staff Mark Milley, will China warn you if they’re about to attack?

If you remember, Bob Woodward wrote in his book Peril that Milley was so worried about Trump after the 2020 election he called his Chinese counterparts and said he’d warn them if the president ordered an attack. Good bet China doesn’t return the “favor.”

I also wonder how much of what China is doing is in reaction to how dismally Biden handled the Afghanistan withdrawal and was impotent to stop Putin’s invasion of Ukraine?

Still, Biden did have some great news out of Afghanistan to share Monday.

Ayman Al Zawahiri — Al-Qaeda Leader and one of the key plotter’s behind 9/11 — was killed in a CIA-run drone strike on Saturday in Afghanistan, Joe Biden confirmed Monday night. “Now, justice has been delivered and this terrorist leader is no more. People around the world no longer need to fear the vicious and determined killer.”

As Stream editor and military author Tom Sileo reports,” Zawahiri was a central planner of the 9/11 attacks who took over the terrorist organization after U.S. troops killed Osama bin Laden.”

What are the odds the Washington Post or some liberal outlet describes Zawahiri as “gifted Islamic strategist” or “loyal lieutenant-turned-top leader”? That Biden will be called the greatest military leader since Sun Tzu? That the killing of Zawahiri can turn around Biden and Democratic fortunes for the midterms.

Also, Zawahiri was killed in Kabul, rather than in some isolated village somewhere, which caught the attention of military writer Bill Roggio of LongWarJournal.org.

1) The killing of Al Qaeda emir Ayman al Zawahiri will be sold as a counterterrorism success. But that narrative masks the undeniable truth that Taliban-controlled Afghanistan is a safe have for Al Qaeda. https://t.co/CGc5Fs8oMw

Makes you wonder huh? Did Taliban give him up? What did Biden give Taliban? He was a bad dude, but can Biden be trusted to tell the truth?

A beautiful, personal reflection on her new season in life from Betty Robison, wife of Stream Publisher James Robison. “My Final Season Before Eternity.”