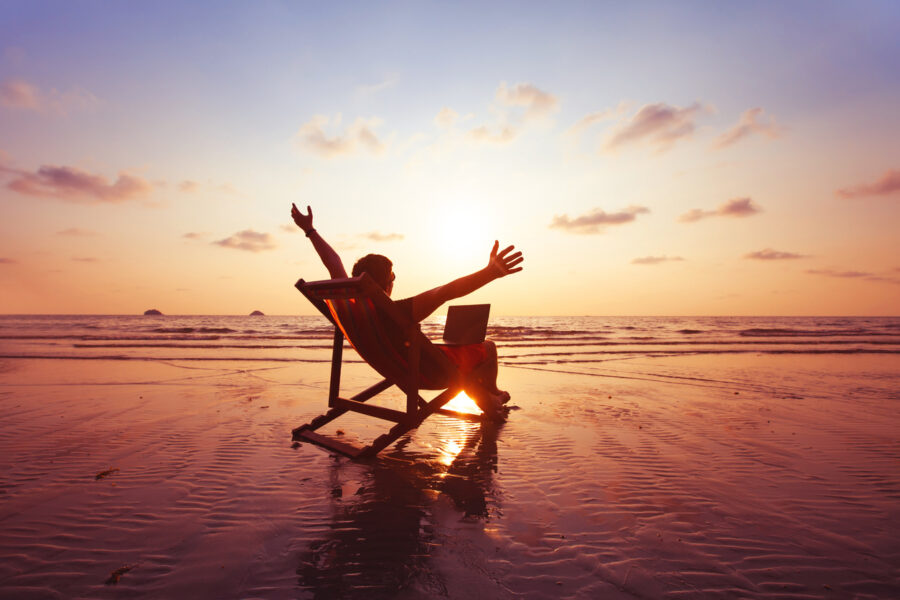 Well, actually it’s a bit of a bittersweet Brew.

Monday was a total drag at The Stream. It was our first day without our beloved editor-in-chief John Melton. After over 15 years at LIFE Outreach and two-and-a-half amazing years with us, John has left to take a wonderful, can’t-miss opportunity in Florida with his mother’s company. (Wonderful enough we almost asked Ma Melton to adopt us.)

I am trying to put into words what John has meant to The Stream, and his unbelievable inspiration as a brother-in-Christ. That’ll be up tomorrow.

But as far as The Brew is concerned, John has not only been incredibly supportive, he has served as our primary editor, making sure each night that The Brew has been in ship-shape, and devoid of any material that could blow a hole in our hull.

Yeah, we’re going to miss John’s heart, sage wisdom and sheer brilliance. (Don’t think I’ve ever met anybody that brilliant and so unassuming about it.) The improvements he’s made — seen and unseen — are remarkable. And nothing can top his love for The Stream and you readers. The toll it took on him is proof of his passion and love.

Which is why, as sad as we are to see John go, we are also very happy. Trust us, if you knew John, you would give a limb to see him blessed with a sunny new season. He gave and gave and gave. The least we can do is give him a cheerful send-off.

On his last day, John spotted this clip from the new White House press secretary.

Jean-Pierre: "What we're trying to say is that the economy is in a better place than it has been historically." pic.twitter.com/KIO61OnGNN

Monday brought day two of the J6 Selection Committee public hearings. Day two of the desperate attempt to divert Americans from how the Democrats have trashed the nation the way a crazed rock band trashes hotels.

Monday was all about Trump selling “The Big Lie” that the election was rigged. (Pssst. Polls show that despite 18 months of the media burying the evidence, and screeching “The Big Lie” as often as they did “Trump Russia Collusion,” most voters now believe Biden was put in office thanks to election shenanigans. And thanks to 2000 Mules, every day those numbers grow.)

What you won’t seen in the hearings is this linked video of Ashli Babbitt being shot. Warning: The footage is graphic and heartbreaking. She’s unarmed and helpless. A sitting duck. A fish in a barrel. Note how within a couple seconds, heavily armed officers enter the tight frame. Meaning they were very close by. Officers big and bad enough to have grabbed Babbitt with one hand and tossed her all the way back to the Washington Monument had they thought she was a danger.

Add the New York Times to the list of liberal outlets reporting on the disintegration of the Biden presidency. They write:

[M]any Democratic lawmakers and party officials are venting their frustrations with President Biden’s struggle to advance the bulk of his agenda, doubting his ability to rescue the party from a predicted midterm trouncing and increasingly viewing him as an anchor that should be cut loose in 2024.

An anchor is designed to keep a boat where it needs to be. An anchor prevents a boat from drifting away, perhaps smashing itself to bits on the rocks.

Biden has been a propeller racing the boat straight at the rocks … and the icebergs … and the stormy seas … even Sharknados.

I believe what the writers want to convey is that Biden is dead weight. A dead weight in the shape of a scapegoat.

On Monday, Biden gave more ammo to the Democratic forces who want to see him shuffle off to the beach. One second he’s telling reporters, “No, I haven’t decided” whether to go to Saudi Arabia. Mere seconds later he explains why he is, indeed, going to Saudi Arabia.

Next time some big teachers union complains about there not being enough money spent on education, drag out this story. (Pun intended.) According to documents obtained by the New York Post, New York City has paid over $200,000 for drag queen shows at NYC schools.

Just last month, Drag Story Hour NYC stuffed into their sequined sheaths $46,000 from the city for events at schools, street festivals and public libraries. And a full $207,000 since 2018.

Can’t believe we missed this Friday. June 10th marked the 100th anniversary of the birth of Judy Garland. From Oz to Carnegie Hall, the comedies with Mickey Rooney, MGM musicals with Gene Kelly and Fred Astaire, to her dramatic turns in films like A Star is Born and Judgment at Nuremburg, Judy Garland dazzled. Set the gold standard.

Is Judy Garland the GOAT?

While you try to come up with someone better, enjoy this patriotic gem just in time for Flag Day. Oddly enough, given she’d been a professional performer almost from the time she could walk, Garland remained nervous about performing on television. But watch as her nerves give way to her divine gift.

In case you needed a reminder of what American leadership looks like:

John Zmirak’s latest in his series on the 2nd Amendment is a practical, helpful Q&A answering common questions on the current debate. “Are Gun Rights Fundamental Freedoms or Government-Given Privileges?”