The Blessing of Vietnam: What One Marine Says About Memorial Day and Those He Will Never Forget 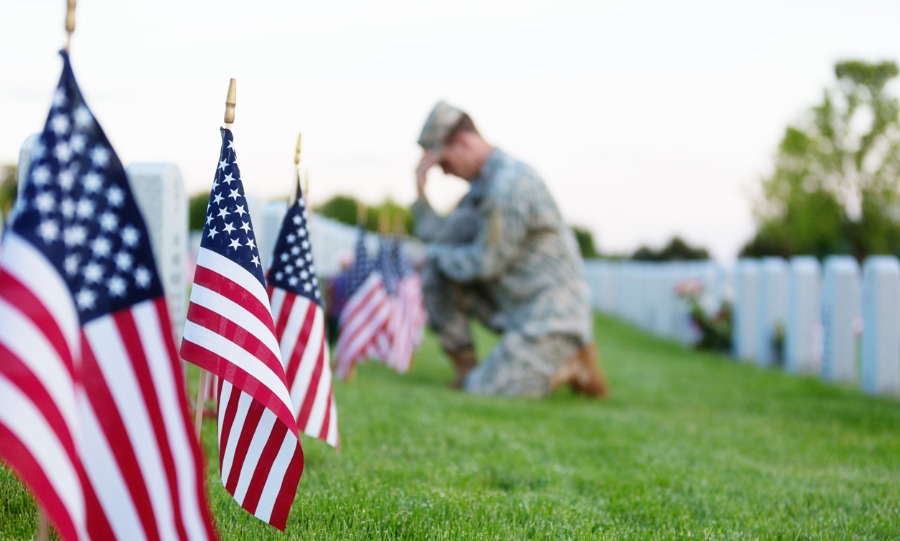 It was a moment he’ll never forget. Company Commander in the USMC Larkin Spivey bent down to check the dead man’s pockets. The man laying on the ground was a North Vietnamese soldier, a casualty of the Vietnam War. Then he found it.

It was a picture of the man’s family. Before that moment, the enemy was faceless. But now the enemy had become human, a soldier just doing what he was sent to do.

Everything changed after that, Lt. Col. Spivey told The Stream. “He had a family. He was just a man … went where he was sent, did what he had to do and he paid the price.” The Marines respected the North Vietnam soldiers. “They were great soldiers, but … we were doing everything to kill them and we still had to, and did — but it was just different after that.”

The war in Vietnam was tough on everyone in the military. Many Marines just had to suck it up — and deal with their emotional wounds later. For a commander like Spivey, it was even more isolating, because he had to stay tough for the men in his charge.

Spivey, along with many men under him, didn’t have a lot of spiritual resources to lean on during the hard times. “I prayed a few times when I was under a mortar attack or whatever, but it was pretty superficial.” A lot of the guys acquired PTSD because of what they went through. Still, Spivey knows of many Marines who went through that and came out on the other side. They “found their answer to PTSD in Jesus Christ.” Spivey took a little longer than some. “I was age 53 before I came to Christ. But even then, that was the answer to a lot of things that were still going on within me.”

We Owe So Much

He thinks about the guys who never made it home. “They answered the call, they went, they did what had to be done — what they were told to do — and didn’t come home. And I think about several of my friends. Just the generations that were cut short.” He has 11 grandkids and thinks about what could have been, had he never returned. “We owe so much to countless young men and women who have gone out and done what had to be done.”

Now Spivey travels the country, talking to audiences about his service and his faith. He’s written several books, including one about his faith journey called “A Skeptic’s Guide to God.” In Vietnam, there was a lot of skepticism about God and religion. He talks about that, too. “A lot of guys went to Vietnam and went through a pretty deep valley, confronting evil and the harsh reality of combat,” he explains. “A lot of them came back to find a deeper faith [than those who] have never gone through anything like that. And so that’s one of the blessings of Vietnam as far as the veterans are concerned. There are just so many stories of guys that went over there and questioned ‘where is God in all this?’ and came back and finally found peace that only Jesus can bring to your life.”

A Time to Remember

Memorial Day is not a time to celebrate as much as it is to remember. “Remember people that you knew, or maybe those … you didn’t know that gave it all.” As for Spivey, he spends quiet time in church to pray. He prays for his close friends. And the Marines who didn’t make it home.