It may be a war of words rather than weapons, but America is as divided as it's been since the Civil War. 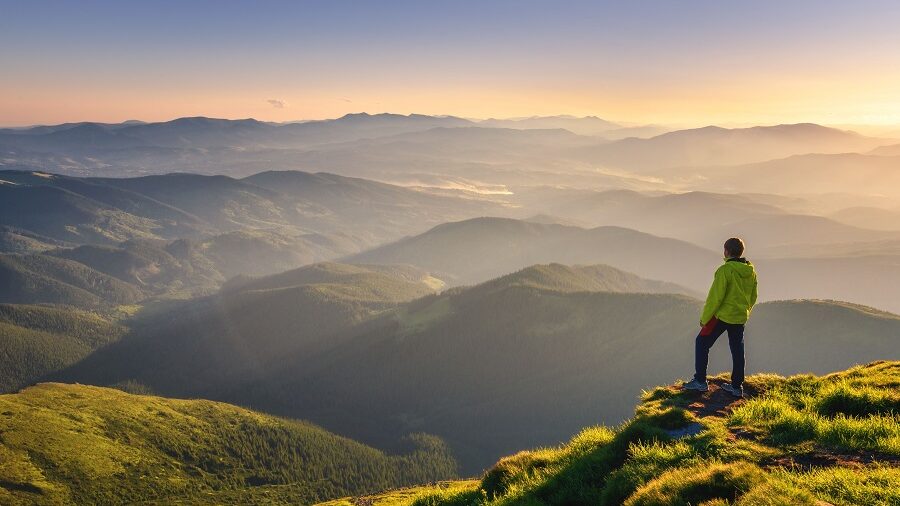 The situation in 2 Chronicles 15:5 seems eerily similar to our situation today: “In those times there was no peace … but great turmoil was on all the inhabitants of the lands.” Years later, Israel faced another insurmountable situation: “We have no power against a great multitude that is coming against us nor do we know what to do” (20:12).

Can anyone relate? Fortunately, God doesn’t leave us without a battle plan. Although we don’t always know what the outcome will be, He calls us to be courageous. Here are just a few examples from 2 Chronicles.

One key principle we learn from King Jehoshaphat is that he prepared his heart to seek God (2 Chron. 19:3). Build courage by strengthening yourself in the Lord … by spending time reading and obeying His Word, as well as praying, fasting, and worshiping. We play like we practice. Or said another way, we fight like we prepare. Courage is the outflow of inner disciplines — little discipline, little courage.

When I was young, my father often took us shooting. There were only seconds to aim and fire as targets darted through the air. If we took our eyes off the target, even for a second, we would miss the shot. The same holds true for developing courage. If we take our focus off of Christ, we can easily become discouraged. Jehoshaphat said, “But our eyes are upon You” (2 Chron. 20:12). He knew that focused attention is critical in battle.

Why would you walk willingly into the enemy’s camp? Why would you feed wrong desires and thoughts when they do nothing but war against the soul? If you’re losing the battle and becoming discouraged, look at your media diet. Is it instilling courage? If not, refocus your sights on Christ.

God’s battle plan always involves courage: “Act courageous and the Lord will be with you” (2 Chron. 19:11). Courage is important because it’s undergirded by trust and faith. In essence, we are saying, “Lord, I trust You so I’m going to step out in faith. I’m not going to fear. What can man do to me?” Courage meets fear with faith.

When difficulties come, let your children see you praying and seeking God rather than being upset or frightened. Our kids are watching. If we are angry or scared, we’re subtly telling them, “God can’t get us through this; we can’t really trust Him.” Courage is caught more than taught.

The Lord tells us to stand firm — don’t go backward and don’t run ahead in your own strength — but hold the line through obedience, trust, faith, and courage: “Do not be afraid. Stand firm and you will see the deliverance the LORD will bring you today” (Ex. 14:13). Cowardliness leaves the battle for our children. Clearly, courage is a hill on which to die!

This is How I Fight My Battles

We see an incredible event happen in 2 Chron. 20:22: “When they began to sing and praise the Lord,” God defeated the enemy. Spiritual warfare requires spiritual weapons. Exchange social media binges with worship marathons. Turn to prayer, worship, and the Word, rather than Facebook, YouTube, and TikTok. We cannot fill our minds with the world and expect to develop courage. We cannot fill our minds with darkness and expect the light of Christ to shine in our lives.

When we worship and walk in obedience, God fights for us, but when we stray, we become easy prey. Repentance and obedience reposition you back in the center of God’s will … back to victory. Cowardliness and disobedience cost us far more than we realize. Seeking God with our hearts must be a price we are willing to pay. Are you? It all begins here.

The courage of the Old Testament prophets always fascinates me. They would stare death in the face as they declared, “As the LORD lives, whatever my God says, I will speak it” (2 Chron. 18:13).

What made them so bold? How was God’s Word burning in their hearts? It was because the Holy Spirit came upon them and filled them with boldness as they surrendered their entire life to God. Full surrender is the key ingredient that most Christians are missing. Are rivers of living water flowing out of you — are you spiritually alive? The more you seek Him the more you find Him: “He is a Rewarder of those who diligently seek Him” (Hebrews 11:16).

Perseverance and courage are key weapons in spiritual warfare: “Be strong and do not let your hands be weak, for your work shall be rewarded!” (2 Chron. 15:7). If you’re knocked down, get back up and fight again. It’s not the fall that leads to defeat, it’s staying down that does. Finish strong — courage is a hill to die on.

Special Note: I started a YouTube channel filled with encouraging sermons and podcasts to help in this area of boldness and courage. You can subscribe here. The sermon, The Battle for Courage — A Hill to Die On, will also be posted there.