The Antidote to Despair is Gratitude, and Prayers of Thanksgiving

The poet Longfellow shows us the way, via a great Christmas Carol. 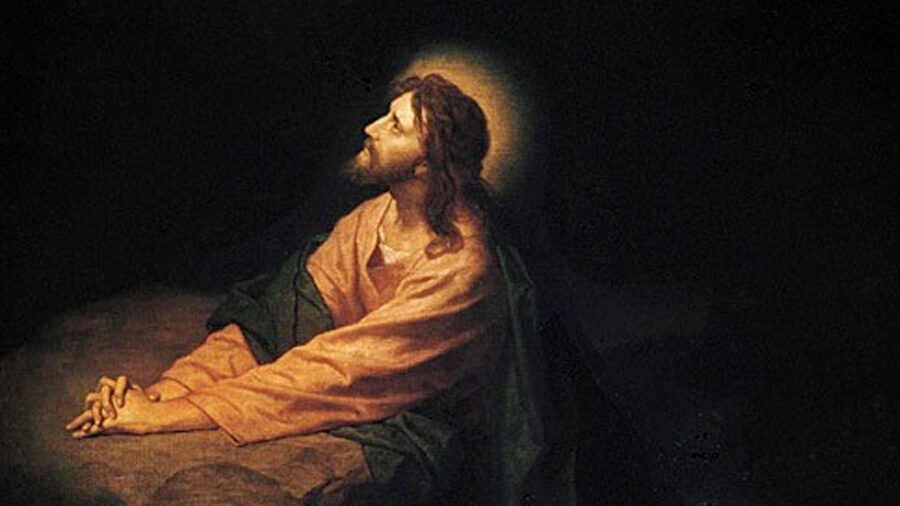 We live in twilight times. It’s impossible to tell, just by looking around, what hour of day it is for our country, our civilization, even our churches. Is that the sun about to break on the horizon? Or did it just sink beneath it, leaving us on the verge of a long, long dark age?

I don’t have the answer. But I do know that even if dark times lie ahead, they need not mean disappearance. We are still called to tend the fire, and shed what light we can. And who knows, we may be about to witness instead a dawn, that awakens the sleepers around us and warms our own frosty hearts.

The Icy Voice in Your Ear

The one thing needed to face either time of day is the same, and that is hope. And one response would spoil things, which is despair. Yet for those of us who follow and comment on current events, the demon that haunted Judas to suicide is never far away.

I’ll admit that with each sign that the Democrat party not only engaged in a massive vote fraud, but might well get away with it, I feel a cold mouth near my ear. It whispers things to me. It reminds me of all the worst, most bloodthirsty things our enemies have promised. It draws on my reading of evil, tyrannical governments over the centuries. It brings up the names and stories of martyrs and heroes — but only to scornfully tell me: “You’re not made of stuff like them.”

I try to rebuke such voices with quick whispered prayers. Or sometimes I just drown them in blasting music or TV programs. But they will not always be silenced. They draw on legitimate fears, and genuine zeal, and a fact-based love for the Good and the True. Like all evil, they are parasites that feed on what God has made.

The Strength We Need

I think we need something more. For instance, the stories and words of those who went before us, who faced down evil and won — if not in this life, then in the next. We must recall that Christ will give us the strength we need in each situation. If in temporal terms, we lose, He will help us to soldier on, and welcome us at battle’s end with crowns and garlands. If we win, He will grant us the grace to be at once firm and magnanimous.

Or so we must believe, leaving the rest to God. The best way to do that, a wise priest once said, is to answer the Accuser who prods you to despair with prayers of gratitude for all that God has already given, which reminds us of His goodness and that He is worthy of trust.

One piece of art that helps me remember all this is a poem, that turned into a song, and then a Christmas Carol. It’s not one of the better-known, perhaps because it’s so bittersweet. Let me tell you its story and share it with you.

A Poet on the Brink

In our time of civil unrest with rumors of civil conflict, we might well profit from a poem composed during our country’s Civil War. The author? One of America’s first great poets, Henry Wadsworth Longfellow. While he was admired and famous, when he wrote this poem his life was falling apart. His beloved wife had burned to death in a fire at his home two years before. In 1863, his eldest son, Charles, had run away from home to enlist in the Union Army. And gotten wounded in battle. He faced the uncertain skills of overworked Army doctors, who lost as many patients as they saved. And Longfellow faced despair.

He faced it like a fighter in a bare-knuckle boxing ring. And fought it with all the weapons his talent offered him. He wrote the poem below, on Christmas Day 1863, as his son fought for his life.

“I Heard the Bells on Christmas Day”

I heard the bells on Christmas Day
Their old, familiar carols play,
and wild and sweet
The words repeat
Of peace on earth, good-will to men!

And thought how, as the day had come,
The belfries of all Christendom
Had rolled along
The unbroken song
Of peace on earth, good-will to men!

Till ringing, singing on its way,
The world revolved from night to day,
A voice, a chime,
A chant sublime
Of peace on earth, good-will to men!

Then from each black, accursed mouth
The cannon thundered in the South,
And with the sound
The carols drowned
Of peace on earth, good-will to men!

It was as if an earthquake rent
The hearth-stones of a continent,
And made forlorn
The households born
Of peace on earth, good-will to men!

Then pealed the bells more loud and deep:
“God is not dead, nor doth He sleep;
The Wrong shall fail,
The Right prevail,
With peace on earth, good-will to men.”

Hope Returns, as it Must

Longfellow’s son recovered, but didn’t go back to war. The Union was saved, and the slaves set free. That poem was adapted into a beloved Christmas carol, made famous by Bing Crosby. But instead let me share this version, enriched by images from the Civil War that inspired it.

A blessed and happy Thanksgiving to you all.