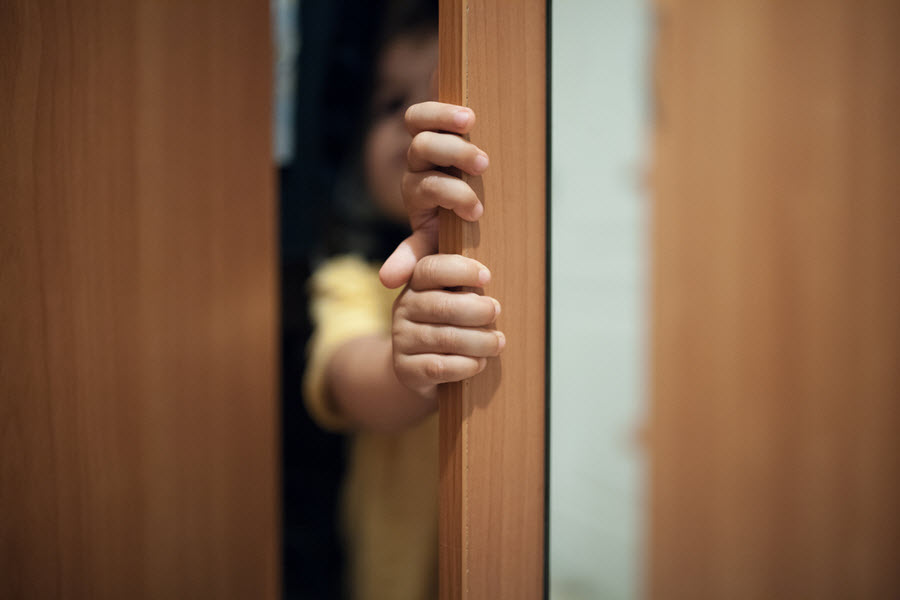 By Chenyuan Snider Published on September 3, 2021 •

When I first arrived from China, we lived with my in-laws. One morning I had a small chat with my mother-in-law about politics. When I mentioned that all politicians were bad, she looked apparently annoyed and said, “I’m sure there are many good ones.” Really? Here’s another shock I encountered in the early period of my life living in America. It was mind boggling that so many things in America seemed antithetical to my previous experience in my country.

During the Chinese Cultural Revolution, we lived in an apartment complex in a college. Each family occupied one room. Three or four families shared one common room for a kitchen. I loved to stay in the kitchen, listening to adults discussing current events. Sometimes, they kicked me out deeming me as too young to share the adult world. I always had a way to get back in, pretending not to listen. I found they seldom took interest in what the government had claimed, rather, they seemed to always exchange rumors and hearsay about what was actually taking place in the latest power struggle and debated about what was the likely trajectory the country would take.

People living in a totalitarian society never trust their government and they instinctively know the difference between propaganda and reality. Without freedom of the press, they had to find other ways to get real news. If judged by today’s American standard, they would be considered conspiracists on steroids. Only that history has proven that the rumors they shared were facts and the analyses they offered were accurate. They were not conspiracists but clear-headed thinkers!

It’s imperative that we never uncritically buy into government demands.

America more and more resembles the China during the Cultural Revolution. MSM and big tech are increasingly becoming the government’s running dogs instead of watchdogs that monitor the State. My past experience tells me that when news media becomes government’s propaganda machine, we can no longer trust the news they report. They become political institutions and do not represent true journalism. They have power both to provide disinformation and to censor challenging views in order to aid the government in manipulating a situation and grabbing unwarranted power.

Do Americans Know How to Respond to Government-Supporting Misinformation?

However, that’s not my chief concern. My fear is how Americans will respond to this challenge. I think at this juncture in history, most Americans might not be prepared for the unprecedented trial we are facing. America is a unique place, unlike any other country in history. By and large, our system of checks and balances has successfully diffused power and prevented politicians from overreaching and going beyond the limits of our Constitution. While not perfect, it had functioned.

Generally speaking, Americans, like my mother-in-law, trust the government. Moreover, American culture promotes the concepts of being nice and being non-judgmental, considering them the pinnacle of social etiquette. Consequently, when the government blatantly violated our constitutional rights under the pretext of the “plandemic,” neither our past experience nor our present culture equipped us to effectively confront this unsurpassed challenge in our nation’s history.

When our government demands that we follow the directives but they themselves repeatedly breach their own orders, how many of us voiced concern? Did MSM and Big Tech try to expose such hypocrisy, or did they help cover it up? Did we ask ourselves why politicians — who cherish their lives as much as they crave power — would put their own lives at risk by doing the things, that we were told, are so dangerous and harmful both to ourselves and to others? Have we been played? For a virus that has over a 98% survival rate, they forced us to lock down the whole society. How many small businesses have been wiped out? How much profit have large corporations, allied with the government, gained? After the dust settles, will the American middle class still exist? Do we really think it is for our own good?

Is This Really for Our Good?

There are treatments available if we catch the virus. Their effectiveness is well documented. However, why has the option of early treatment been denied by our government and medical establishment since the get-go? Is such practice in line with the objectives of medical profession and ethical considerations? Or is it because, by claiming the nonexistence of treatment, the government and health authorities are able to legitimately make the vaccine mandatory?

There are serious complications from the vaccine. Historically, when complications occurred, the medical authorities would immediately halt the practice and adjust their policy. The Swine Flu vaccine was halted when 26 deaths occurred. But we now know from government official sites that there have been thousands of deaths and complications as the result of the shot. Why hasn’t the fanatical promotion for the vaccine been decelerated? Do we really think it is for our own good?

Look Into Other Sources

Who has financially benefited most from the vaccine? Imagine if the effective treatment had been applied as soon as one caught the virus. There would never have been so many hospitalizations and deaths and the virus would never have been deemed uncontrollable. Consequently, there would never have been the need for the vaccine. This explains why from the outset, any idea of early treatment was mercilessly dismissed. Doctors who dared to treat their patients were ostracized and threatened with losing their practice. The way leading to the implementation of the vaccine is paved by thousands of innocent lives lost by withholding the treatment. How many billions of dollars of blood money has Big Pharma made so far? Do we still think it’s for our own good?

I’ve heard often the assertion that the risk caused by the shot is far less than not getting the shot. This comparison is fundamentally flawed. It presupposes that there’s no effective treatment available for the virus. With early treatment, there would never have been the need to take the risk of getting the shot in the first place. Those who died or got sick from the vaccine became victims of the government and Big Pharma who has been reaping unparalleled financial profits. Do we still think it is for our own good?

Even though for now, we might not know in detail the exact reason why the government and their running dogs have been pushing so hard on the vaccine, we know for sure that behind any manipulation and lie there has never been an honorable intention. It’s imperative that we never uncritically buy into government demands. At least, we should look into other sources, such as documents with primary sources and peer reviewed journal articles. They provide a strikingly different picture from the one painted by the government and MSM.

When our government and its running dogs constantly shout in our ears that it’s for our health and safety, the voice of C.S. Lewis in God in the Dock: Essays on Theology serves as an indispensable reminder:

“Of all tyrannies, a tyranny sincerely exercised for the good of its victims may be the most oppressive. It would be better to live under robber barons … The robber baron’s cruelty may sometimes sleep, his cupidity may at some point be satiated; but those who torment us for our own good will torment us without end for they do so with the approval of their own conscience. They may be more likely to go to Heaven yet at the same time likelier to make a Hell on earth … To be “cured” against one’s will and cured of states which we may not regard as disease is to be put on a level of those who have not yet reached the age of reason or those who never will; to be classed with infants, imbeciles, and domestic animals.” [Emphasis added.]

As long as we remain infants, imbeciles and domestic animals, our government will continue feeling obligated to torment us. The plandemic will go on. Our day of trusting the government and MSM is gone. Whether we admit or not, we are on the verge of reliving the period of the Chinese Cultural Revolution. To stop the train from going off the rails, our country is in desperate need of more clear-headed thinkers, a.k.a. conspiracists, like the adults I listened to in the kitchen.