Michelle Williams said one thing when she got her Golden Globe award. The Cranberries' Dolores O'Riordan once said a wiser thing. 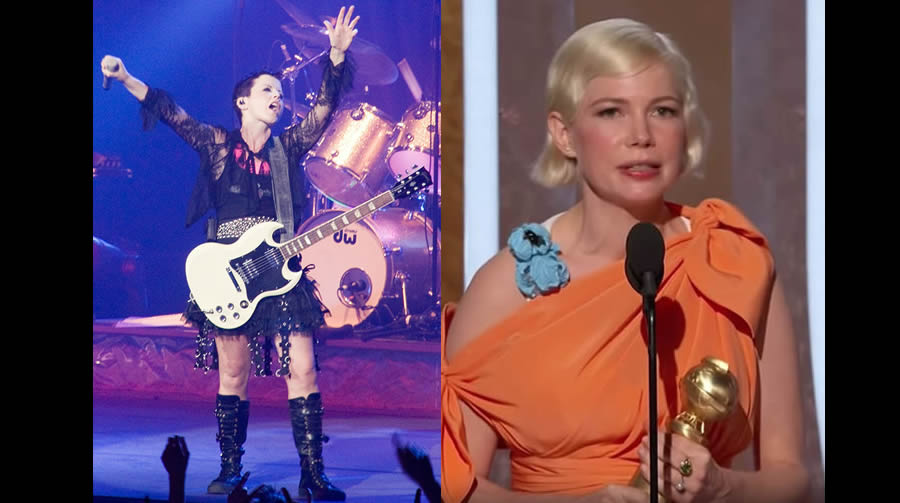 It reminded me of why abortion was not overturned in the 1990s, when it should have been. And it reminded me of a celebrity from that era who had the courage to state squarely what abortion does to women. She said it with a courage that both the Supreme Court then, and Michelle Williams now, lacked.

As described by LifeNews: “Though she never used the word abortion, Williams credited her success to her so-called ‘right to choose.’ She said she is grateful to live in a society that allows women the ‘choice’ to abort their unborn babies.”

Williams believes legal abortion underwrote her professional success. And not just hers, but women’s in general. Without abortion, she thinks, few women will succeed in the world. On that basis, she supports the right to kill unborn children.

Her logic is grotesque. But the grotesquerie is not hers alone. It begins with the Supreme Court’s decision to keep abortion legal in 1992.

Being pro-life today is a cakewalk compared to the 1990s.

In Casey v. Planned Parenthood, the court claimed that women had by then been organizing their lives for nearly 20 years around the expectation of abortion’s legality. This was one good reason for not overturning it. “An entire generation has come of age free to assume Roe’s concept of liberty in defining the capacity of women to act in society, and to make reproductive decisions,” they wrote.

There is a straight line from the Court’s language to Michelle Williams’ speech. In order to make it in life, women need to have the right to kill their own children. That is their horrible assertion.

The Court was at least correct in its claim that legal abortion had seriously altered society by the 1990s. “Warped” would be a more accurate description. The 90s was the high water mark of pro-abortion attempts to drive pro-lifers out of polite society. Which is what made the courage of one of that era’s celebrities so remarkable.

I was 25 years old in 1995, the height of the grunge rock era, and sharing a house with fellow law school students. I was the only pro-lifer. One of them had a subscription to Rolling Stone magazine. Imagine my pleasant surprise when I picked it up off the coffee table and read this about the lead singer of the Cranberries, at a time when the group was at its hottest:

“And don’t count on O’Riordan as an ally in defending abortion: ‘I’m in no position to judge other women, you know? But, I mean, ‘Idiot — why didn’t you not get pregnant?’ It’s not good for women to go through the procedure and have something living sucked out of your bodies. It belittles women — even though some women say, ‘Oh, I don’t mind to have one.’ Every time a woman has an abortion, it just crushes her self-esteem, smaller and smaller and smaller.'”

You have to understand what it was like back then. New Wave Feminists’ Kristen Walker nails it: “All I know is that I was a child of the grunge age, and looking back at a decade of Eddie Vedders and Gwyneth Paltrows, crushed to see the adorable Janeane Garofalo of Reality Bites become a shrill, shrunken, anti-life shadow of herself, I needed someone from the 90s to say something pro-life. Please? Anyone? I was delighted to read this quote from the lead singer of Irish grunge band The Cranberries.”

It was a time when Frederica Mathewes-Green was writing articles for Christianity Today weeping over the fact that Eddie Vedders of Pearl Jam was pro-abortion. I kid you not. That’s how big grunge was back then and we had no one.

What Walker says about college women not ordering pizza from Dominoes because Tom Monaghan was pro-life? That was a real thing. I remember that. Being pro-life today is a cakewalk compared to the 1990s.

She is More Alive

O’Riordan died two years ago this week. But she is more alive to me than Michelle Williams, because she understood what Williams didn’t. Taking a life to further your career does not fulfill women. It crushes their souls.

So, thank you, Dolores O’Riordan. I’ll always remember that time you spoke the unspeakable truth. Rest In Peace.