The 7 Churches of Revelation: What the Biblical Letters Say to Us Today 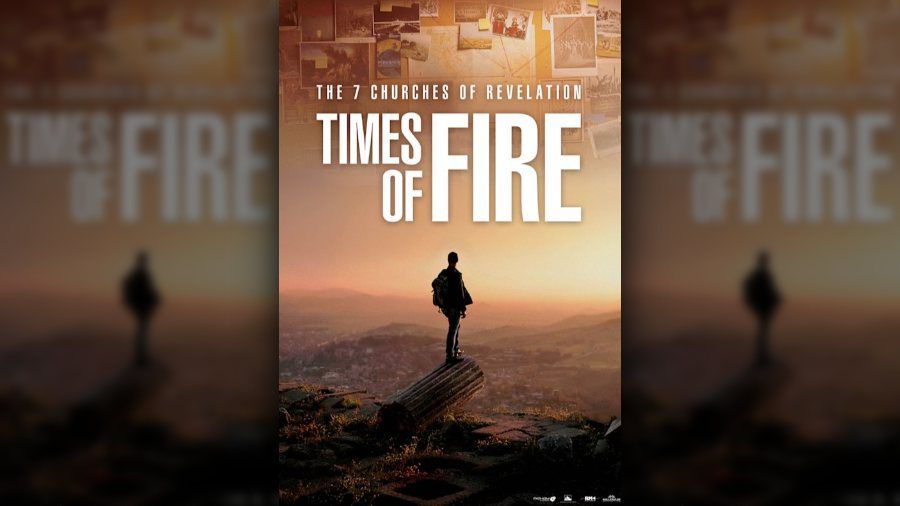 “The book of Revelation was speaking to believers in that time but it is also speaking to us right now,” said Tim Mahoney. “In the culture today there are churches or Christians that hold to views that deviate from biblical teaching. This was also happening with the early Christians along with a loss of their first love that Christ spoke of in the letter to the seven churches. And so we’ve got to ask ourselves, are we going to be authentic followers of the Word of God and of Christ, you know?”

Tim is an executive producer for the upcoming film The 7 Churches of Revelation: Times of Fire. The film’s takeaway is “wake up.” Tim said in a recent interview with The Stream that Christians can get distracted by the challenges of the culture. The film is a call back to our first love, a need that is much like the letter to the church of Ephesus described in the book of Revelation. In that way, it’s as relevant today as it was when it was written.

Letters to the Churches

Tim’s company, Thinking Man Films, is the worldwide distributor for the English translation of the film. Although he didn’t create the film, his own documentaries, Patterns of Evidence, inspired French filmmaker Christophe Hanauer to create The 7 Churches of Revelation: Times of Fire.

Christophe worked with scholars in France and Turkey and took the same approach where he went to the archaelogical locations himself on an investigation and met with scholars and really unwrapped more information, which I don’t think it’s really been done before like this. No one’s really made a film on the book of Revelation that takes you to the locations to understand what was going on historically when those letters were sent to the early church.

The 7 Churches of Revelation: Times of Fire covers the first three letters to the churches in Revelation: Ephesus, Smyrna and Pergamum. The next film, which will be released in 2022, will cover the letters addressed to the next four churches, while the last film, out in 2023, will conclude the series.

The 7 Churches of Revelation: How It’s Different

Other films made about Revelation center on the Rapture and Tribulation. This one doesn’t. “[I]t focuses on those letters and — what makes it productive at least — it’s really difficult at times to deal with interpreting all the symbols and signs. But I think it’s very much more clear to see what … what was Christ telling those early churches? And how does that apply to us?” Tim explained that Jesus told John to write “things that would happen now and in the future. … And so there were certain things that were happening right at that time, but there were other things that were going to be coming. The return of Christ was coming.”

What the Letters Say Today

The letters are relevant today for Christians and the church. Tim wants audience members to ask themselves what they believe Jesus is saying to them through the letters. “[I]t says in each one of these, ‘he who has an ear, let him hear what the spirit says to the churches.'” Tim believes that God is speaking through the letters and that is why the film was made now. “Because I believe that it’s to call us to a deeper walk with Christ and a deeper understanding of what we’re supposed to do while we’re here.”

In addition, Christians should ask Jesus, “What do You want me to do?” and “How can I be faithful?” “We don’t know if Christ is coming tomorrow, or if He’s coming in a week,” said Tim. It’s important to be ready for challenges that may be ahead and be ready for Christ’s return.

The 7 Churches of Revelation: Times of Fire will be a Fathom Event on October 11 and 12 in 750 theaters nationwide. Following the film, audience members will see a panel discussion between experts in their fields related to the film. For those who wish to see the film from home, it will be a virtual cinema event. For more information about the film and how to see it, go to 7churches.com.

We’ve Never Been This Way Before: RT Kendall on God’s Judgment of America and What Christians Can Do