The 400th Anniversary of Thanksgiving and What It Means 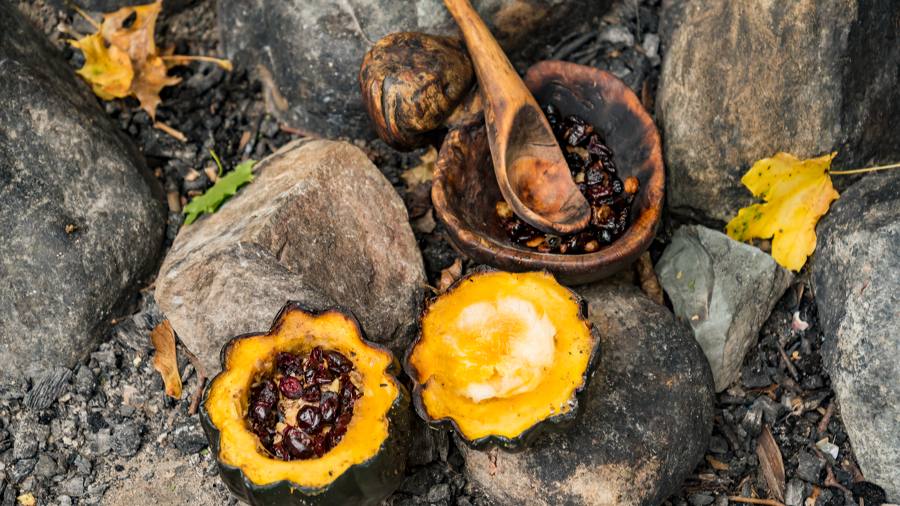 The Thanksgiving holiday, which commemorates one part of the Pilgrim story, remains the favorite holiday for many Americans. And for good reasons beyond enjoying a feast. With 2021 being the 400th anniversary of the first Thanksgiving, it is worth revisiting the Pilgrim “character” and their five significant achievements, which created the seminal story of America and reveals remarkable insight into who we are.

A Quest for Religious Freedom

First, of the many groups of settlers who came to America, only the Pilgrims were singularly motivated by a quest for religious freedom. They repeatedly spoke about their voyage to the New World in terms of a flight from tyranny to freedom, comparing themselves to God’s chosen people — the Israelites — who overcame slavery and abuse in Egypt to get to the Promised Land. Similar to the Israelite’s exodus, the Pilgrims had left what they saw as oppressive and morally corrupt authorities in Great Britain and Europe to create a new life in America.

It is worth revisiting the Pilgrim “character” and their five significant achievements, which created the seminal story of America and reveals remarkable insight into who we are.

Thanksgiving could be thought of as the holiday that made the other American holidays possible. Without the Pilgrims having courage, absolute faith in their cause and calling, and a willingness to sacrifice and risk everything, they never would have embarked on the 94-foot Mayflower — a ship of questionable seaworthiness. Were it not for their faith and determination to find freedom of conscience and live according to their Christian beliefs, there may have never been a July 4th Independence Day or other subsequent American holidays we take for granted and celebrate each year.

After a harrowing passage across the Atlantic — one that included wild pitching and broadside batterings by gale force winds and ferocious seas that caused the splitting of the ship’s main beam — the Mayflower was blown off course from the intended destination of the established Virginia Colony territory to the wilds of Cape Cod. The Pilgrims knew not where they were nor how to proceed, so they beseeched the Almighty for favor in a making landfall in a suitable place with fresh water and fertile soil to establish a new and independent settlement.

Now in sight of land after a frightening voyage and facing hunger from spoiled and depleted provisions and anxious about settling outside the purview of Virginia Company charter territory, the secular Mayflower passengers were clamoring for rebellion. And this is when the Pilgrims made their second major achievement that would shape the future of America.

Unity as a Foundation for Survival

Pilgrim leaders William Bradford and William Brewster recognized that Mayflower passengers, diverse as they were, needed to maintain unity in order to survive and settle in a potentially inhospitable environment. So they drafted a governing agreement that would be acceptable to both their Christian brethren and the secular crewmen and merchant adventurers who made up about half the 102 people aboard the Mayflower.

That governing document, known as the Mayflower Compact, provided for peace, security and equality for everyone in their anticipated settlement. With every man aboard signing the Mayflower Compact the Pilgrims established the foundation for democratic self-government based on the will of people for the first time. The Mayflower Compact laid the cornerstone of the U.S. Constitution, which would be written and adopted some 170 years later.

The fact that all the Pilgrims survived the squalid and cramped ship quarters during the dangerous crossing of a vast ocean is no doubt partially attributable to the good fortune that the Mayflower had previously been enlisted as a wine transport cargo ship. Unlike most ships, she had a “sweet smell,” from all her decks and bilges being “disinfected” with wine sloshing and soaking from broken barrels of Bordeaux and high-alcohol port in the many prior crossings of the sometimes stormy English Channel.

That all changed once the Mayflower’s passengers settled in “New Plymouth,” Massachusetts in December of 1620. The first winter was devastating, with over half the Pilgrims dying, including nearly half the women. Four whole families perished. But it could have been worse.

Had those colonists not settled where they did, adjacent to friendly natives of the Pokanoket Indian tribe and had they not befriended two who could speak broken English — Squanto and Samoset — perhaps none would have survived. Squanto and his fellow native tribesman would teach the Pilgrims survival skills, showing them how to hunt, fish and plant various crops, such as corn, squash and varieties of beans — which were unknown to the Englishmen.

The Pilgrims’ third major achievement was the Pilgrim-Wampanoag Peace Treaty that was signed on April 1, 1621 by Massasoit and leaders of the Plymouth colony. And a remarkable accomplishment it was, for it lasted more than 50 years — longer than subsequent peace treaties made by other colonizing groups with native Indian tribes. The fact that there were bloody conflicts between other colonists and tribes, such as in the Pequot War fought in Connecticut in 1636-1637, makes the Pilgrims stand out for they succeeded in maintaining the longest-lasting and most equitable peace between natives and immigrants in the history of what would become the United States.

In spite of learning from the native Indians how to plant, cultivate and harvest new crops in their first year, the Pilgrims complied with their sponsoring Virginia Company charter that called for farmland to be owned and worked communally and for harvests to be equally shared. This socialist common property approach created disincentives to work. William Bradford recorded in his memoirs that while “slackers showed up late for work … everybody was happy to claim their equal share … and production only shrank.”

Although no one is certain of the exact date of the first Thanksgiving, we know it was a Pilgrim initiative, celebrated in November of 1621 to give thanks to God after the first harvest, meager though it was, and their survival — having lost so many during that first winter in Plymouth.

When Massasoit was invited to join the Pilgrims it was probably assumed that he wouldn’t bring more guests than the 50-odd Pilgrim survivor hosts. Massasoit arrived with twice that number, well-stocked with food, fowl and game of all kinds — including five deer. There was more than enough for everyone and it turns out that the first Thanksgiving celebration would last three days, punctuated by Indian song, games and dance, Pilgrim prayers and a military parade by Myles Standish.

The Pilgrims fourth major achievement was the rejection socialism and the adoption of private enterprise. After the meager Thanksgiving harvest, the second season of collective farming and distribution proved equally disappointing. Governor Bradford had seen enough, recording that the system “was found to breed much confusion and discontent and retard much employment that would have been to their benefit and comfort.” So before the 1623 season he scrapped socialist farming and replaced it with private ownership of land for each of the families. As a result of becoming responsible for their own welfare and gaining freedom to choose what to grow for consumption or trade, the Pilgrims’ productivity surged.

Looking Outward to Serve and to Help

The fifth factor that distinguished the Pilgrims was their model relational behavior. While tolerance enabled them to keep relative harmony in their diverse community, they also looked outwardly to serve and help others. In March of 1623, it came to be known that Massasoit was on the brink of death from an unknown sickness. Senior Pilgrim elder Edward Winslow immediately set out on a forty-mile journey to administer medicinal broth, natural herbs and prayers to Massasoit. Astonishingly, he made full recovery within days, and remarked, “Now I see the English are my friends and love me; and whilst I live, I will never forget this kindness they have showed me.”

This year marks the 400th anniversary of the first Thanksgiving, and times are very different. But the Pilgrims’ five achievements and the qualities of character that made them exemplary are as relevant today as ever. A contemporary Thanksgiving makeover might include: rekindling a quest for adventure; developing the faith to hold on to a vision of a promised land no matter what; mustering the courage to go against the crowd and defend the truth; gaining the inner strength to endure hardship; revitalizing respect for and tolerance of people of different beliefs; rejuvenating a joyful willingness to sacrifice for others; and renewing the predisposition to extend love, assistance and gratitude at every appropriate opportunity.

Scott Powell is senior fellow at Discovery Institute. This article is a vignette out of his acclaimed book, Rediscovering America, now available for order on Amazon. Reach him at [email protected]