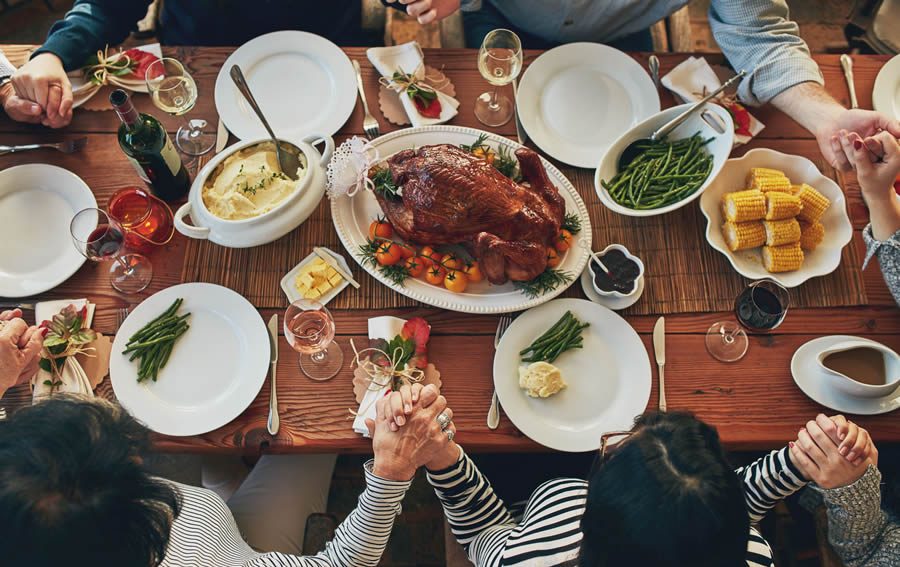 Thanksgiving means more than eating turkey, watching football and looking for big sales. It offers a needed antidote for despair.

Such an antidote never seems timelier than now, especially with the rise of a movement that dismisses human existence.

That movement is Anti-Natalism, the belief that people shouldn’t have babies. Anti-Natalism is fundamental to environmental activists who believe in radically curtailing human activity to preserve Earth. Vermont Senator Bernie Sanders, seeking the Democratic Party’s Presidential nomination, made this statement during CNN’s climate forum Sept. 4:

So I think, especially in poor countries around the world where women do not necessarily want to have large numbers of babies, and where they can have the opportunity through birth control to control the number of kids they have, it’s something I very, very strongly support.

The Rise of Anti-Natalism

Two YouTube personalities best express Anti-Natalism. Lynn McGonagill and her daughter, Jamie, have a channel dedicated to what they call “angelic healing.”

“Friends, we have enough humans on the planet,” Lynn McGonagill said. “We don’t need any more humans. It is not OK for women to have babies, and stop contributing to the process under the pretense that they’re doing a good thing by staying home and raising children.

“We don’t need children. If you find yourself pregnant, there are options, and you can have an abortion. No babies. Cut off the baby factories. We have 7.5 billion humans on the planet. That’s too much.”

But Anti-Natalism goes beyond environmental protection. Many adherents view life itself as not worth living.

“The quality of even the best lives is very bad — and considerably worse than most people recognize it to be,” philosopher David Benatar wrote. “Although it is obviously too late to prevent our own existence, it is not too late to prevent the existence of future possible people.”

In February, a businessman in India even sued his parents for giving birth to him without his consent.

“It was not our decision to be born,” Raphael Samuel told the BBC. “There’s no point to humanity. So many people are suffering. If humanity is extinct, Earth and animals would be happier. They’ll certainly be better off. Also no human will then suffer. Human existence is totally pointless.”

Samuel has a Facebook page, “Nihilanand,” where he equates giving birth to murder (“the child is going to die”), gambling (“life is unpredictable”), kidnapping (“no consent”), slavery (“wanna make the kids like me”) and plagiarism (“everyone has kids”).

Anti-Natalism is the ultimate in despair, isolation and narcissism. It encourages people to focus on themselves and their negative circumstances. It proclaims the only truly creative solution to be self-destruction.

A Commitment to Gratitude

Fighting such despair means embracing a commitment to gratitude. That commitment involves developing a wider perspective beyond yourself and your circumstances, a perspective that includes God.

The Scriptures proclaim God’s pervasive, unending love. That love is not a philosophical construct. It’s an essential part of God’s character that He demonstrates practically.

“I will guide you along the best pathway for your life. I will advise you and watch over you,” God declares in Psalm 32. “The LORD longs to be gracious to you; therefore, he will rise up to show you compassion. For the Lord is a God of justice. Blessed are all who wait for him,” Isaiah exclaims.

Elsewhere, Isaiah writes that God “will brighten the darkness before them and smooth out the road ahead of them. … I will not forsake them.” Various passages throughout Scripture describe God as a healer and a provider, especially of wisdom, one who acts as a father to orphans and defends widows.

Understanding God’s character can stimulate gratitude and redirect focus through praise and thanksgiving. That character includes God’s promised presence in the midst of all problems.

When the Apostle Paul asked God to remove an unspecified “thorn in the flesh,” he received this answer: “My grace is sufficient for you.” “Grace” means unmerited favor. It means that God will never abandon those who trust Him. He will always walk with them.

Without that kind of trust, or faith, “it is impossible to please God,” Paul wrote to the Hebrew Christians. Why? Because faith relies on a pervasive trust in God’s fundamental integrity, not on our circumstances or perceptions.

For the Christian, gratitude is an essential weapon in the spiritual warfare against despair. If you are a Christian, God’s presence is not determined by your pain, your frustration or your discouragement. It’s determined solely by your status as an adopted son or daughter of God through Jesus Christ.

If you understand the implications, you can do more than enter his courts with praise and thanksgiving, as the psalmist wrote. You can be grateful for far more than you realize.