Thanksgiving and a Day of Prayer 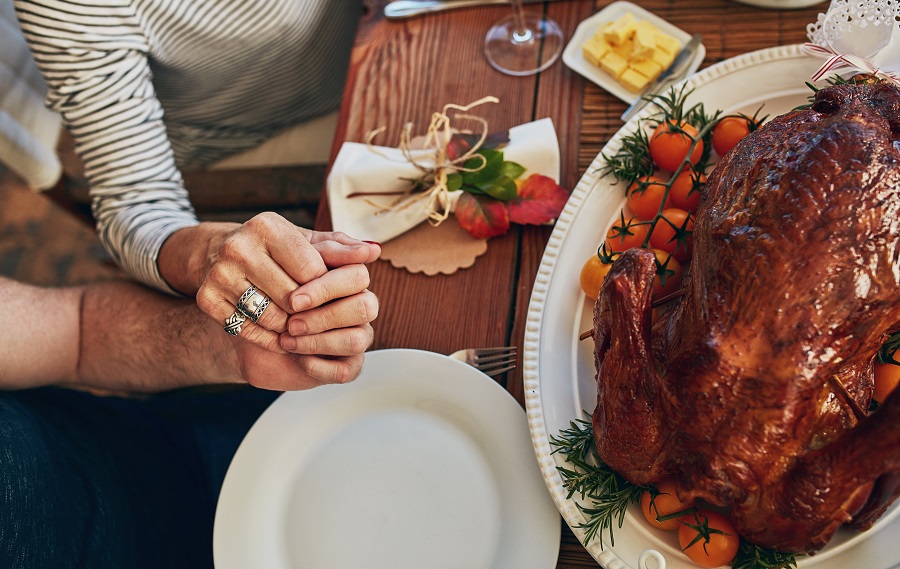 Each year, Americans politely applaud and hit “like” during the customary presidential pardon of the Thanksgiving turkey. But in 2021, with a nation in turmoil and culturally divided against itself, we need much more than quaint rituals and heavily scripted White House proclamations — we need to follow the lead of our greatest forefathers by putting our heads down and bringing our hearts to God.

The Thanksgiving tradition of calling upon the Lord has its start at America’s beginning. George Washington’s Thanksgiving Proclamation of 1789 implored the young country to “unite in most humbly offering our prayers and supplications to the great Lord and Ruler of Nations and beseech him to pardon our national and other transgressions.”

And during perhaps our greatest national crisis, President Abraham Lincoln encouraged an America torn apart by the Civil War to turn to the Creator in 1863 to “fervently implore the interposition of the Almighty Hand to heal the wounds of the nation and to restore it as soon as may be consistent with the Divine purposes to the full enjoyment of peace, harmony, tranquility and Union.”

It is no accident that Washington and Lincoln held such critical positions of leadership in their times. Over the course of the American Revolution, Washington witnessed God’s miraculous intervention, both in his personal protection in battle, to events like the miraculous Christmas triumph over the Hessian mercenaries in New Jersey.

Similarly, for Lincoln, eventual reunion of the United States after the devastation of the Civil War can be considered nothing short of a miracle.

The proclamation Lincoln issued in 1863 established the tradition kept by American presidents to this day, and was the forebear of the first official federal recognition of the Thanksgiving holiday signed by President Ulysses Grant a few years later.

Healing in Our Land Starts With Prayer

Now, as we approach the season of Thanksgiving in our current times, it is imperative that the messages from our leaders follow the examples laid forth by these great men. Empty platitudes do little to heal a divided land. Instead, as a nation, we must explicitly recognize God’s providence on our nation and plea for His continued help and protection.

This change starts with each one of us, around the Thanksgiving table with those we most love and cherish. The nuclear family is the ideal setting to communally pray for God’s blessings on our society in the same spirit as Washington and Lincoln. Healing our land starts with gathering in twos and threes to pray to our Creator.

There are so many issues facing our country, and Thanksgiving is a welcome respite from it all.

However, we can’t close our eyes to the realities of a broken world. Crime rates across the country are skyrocketing, and homicides have continued to rise in 2021.

In cities like San Francisco, shoplifters brazenly walk out of retail stores with carts full of stolen merchandise while local authorities tell citizens to comply.

Furthermore, the institutions that should be guiding our people not only accept the advancing moral decay but work to promote it. Even our school systems target our children daily with transgender propaganda and critical race theory curriculum that further divides our communities and undermines the American Dream of equal opportunity and racial equality.

Regrettably, Americans can no longer count on great leaders to seek God’s mercy. Today, we have a presidential administration intent on violating the Constitution’s boundaries by mandating Americans take a vaccine or lose their job if they don’t comply. Instead of submitting to God’s authority, the White House is steadfast in its determination to ignore protections for religious liberty and eliminate religious exemptions to vaccine mandates.

Falling on Our Knees Before God

Clearly, Americans will have to take it upon themselves to have the hearts of Washington and Lincoln and fall to our knees in front of God as a nation. We must humble ourselves and pray for His favor upon our country.

Since 1776, America has overcome great obstacles to reach levels of prosperity never experienced throughout human history.

The blessings enjoyed by Americans over the past 250 years are no accident as God has held a special purpose for our nation. However, it is easy to see how much we risk should we continue turning from our calling — and it is our obligation to restore our land by turning to Him this Thanksgiving.

Dave Kubal is the President of Intercessors for America