Thank God for Your Life, Even If It Sucks 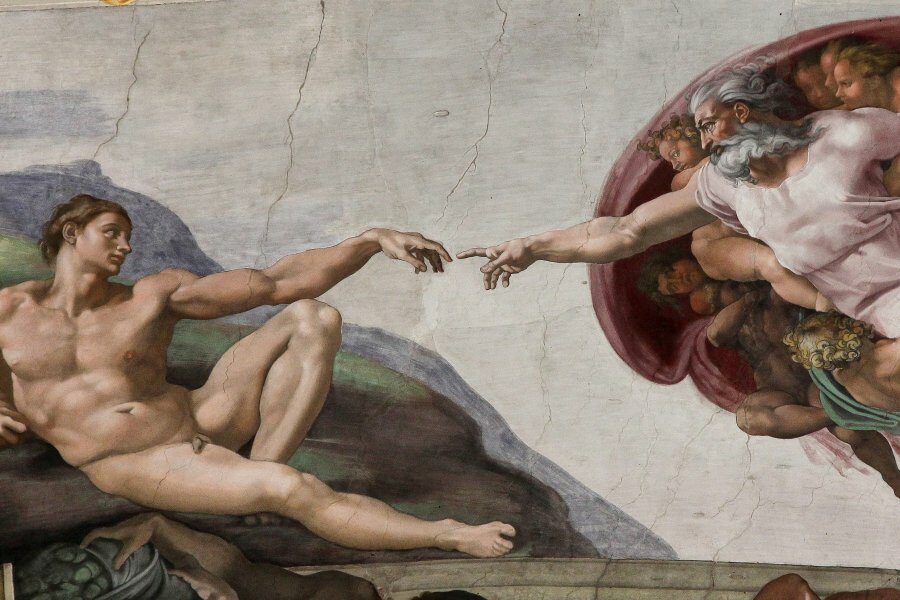 “I should thank God for my creation if I knew I was a lost soul,” G. K. Chesterton’s grandfather once declared. He tells the story in his Autobiography. Chesterton quoted his grandfather with approval. When I first read this, as someone fairly new to serious Christianity, I thought it was the craziest thing I’d ever heard. It sounded like the pious stuff religious people said because it sounded good. No one actually meant it.

My reaction was: Why thank God for a few years on this earth if you’re going to spend eternity in Hell? I wouldn’t. I’d be hugely ticked off.

Only years later did I see the point. Genesis tells us that God called the creation good. That included man. Good is good. It’s not “good unless” or “good if.” When God Himself says it’s good, it’s good, period.

Having children helped me see this. You can’t look at your newborn and not see something essentially good. The Father created that child, and as the bumpersticker says, God doesn’t make junk.

So did living more years as a Christian. You begin to see that God knows vastly more than you do. What you thought crazy begins to make sense. You learn to trust that what doesn’t make sense to you, makes sense to Him.

And so did experiencing God’s grace. We are sinful, rebellious, ungrateful, selfish. But the God who created us wants to fix us. That He wants to fix us, to the extent of sending His Son to die for us, tells us we’re worth fixing. As the bumpersticker might say, God doesn’t fix junk.

Here’s what I think this means for us, especially on Thanksgiving. When I thank God for everything He’s given me, I thank Him for specific gifts like my family and friends, having a home, being well-fed, getting modern medical care, having a job, those kind of things. When I’m feeing that life’s unfair, I try to bring to mind all the gifts I don’t deserve and thank God for them. Most of us do this, I think.

I rarely — actually, pretty much never — think of thanking Him simply for being alive. That’s the first and basic gift. But it’s the gift most of us don’t remember to thank God for, because we don’t realize it’s a gift.

We should. As Chesterton said, “When we were children we were grateful to those who filled our stockings at Christmas time. Why are we not grateful to God for filling our stockings with legs?” As he also said, “When it comes to life, the critical thing is whether you take things” — including yourself — “for granted or take them with gratitude.”

Still, it’s not always easy to be so thankful, because life can be unbelievably painful. It helps to know that our life is a good thing, even when it doesn’t seem to be, to know when life goes bad that God created us, and He saw that it was good. We may not feel this, but it helps to know it.

The Catholic writer Andre Dubus lost his legs in a car accident and then his wife and children to divorce. He writes about these losses in an essay called “Broken Vessels.” He stopped late one night to help a disabled couple whose car had broken down. As he helped them to the side of the road, a car swerved and hit them, killing the brother and crippling Dubus. The sister survived because he pushed her out of the way and took the impact himself.

For a couple of days he had wanted to die. Two months later, he tells God how he feels. Since those days, “I have not wanted my life to end, not wanted to confront You with anger and despair,” he says. He goes to church every day and looks at Jesus on the cross. “But mostly I watch the priest, and the old deacon, a widower, who brings me the Eucharist; and the people who walk past me to receive; and I know they have all endured their own agony, and prevailed in their own way, though not alone in drawing their hope and strength from those they love, those who love them; and from You, in the sometimes tactile, sometimes incomprehensible, sometimes seemingly lethal way that You give.”

Dubus knew that life itself came from God as a gift. That led him to thank God for what he still had, even though he’d lost so much. He writes a few lines later: “My crippling is a daily and living sculpture of certain truths: we receive and we lose, and we must try to achieve gratitude, and with that gratitude to embrace with whole hearts whatever remains of life after the losses.”

One last blessing from knowing that God created us and saw that we were good. The Christian giving thanks looks at his past and present, but he also looks forward. Our Father created us for a reason. The beginning of Genesis leads to the end of Revelation. He has plans for us, and He will make those plans come true.

Keep Giving Thanks, You Ungrateful Wretch