Texas Teacher Defends Drag Queen Class: Parents ‘Should Not Have the Final Say’ and ‘Don’t Know What’s Best’ for Their Children 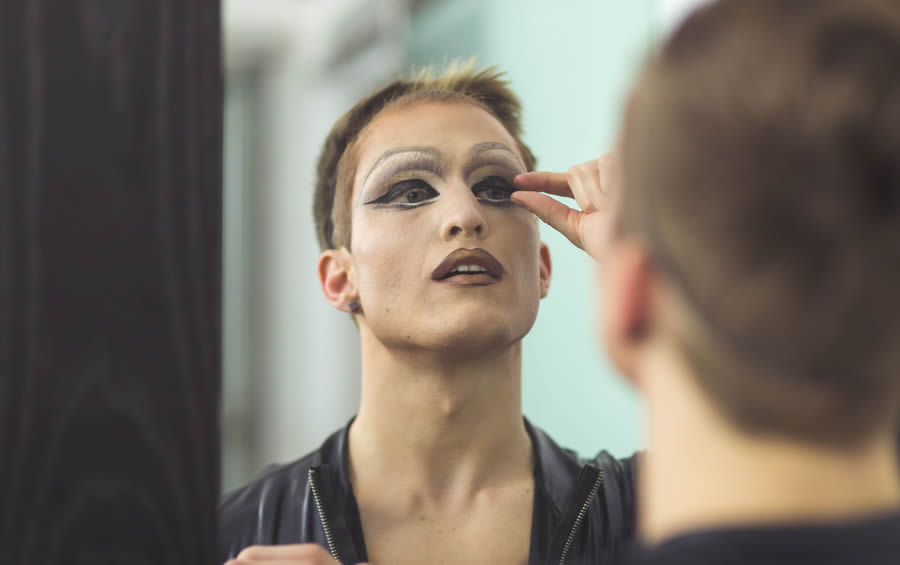 A Texas school district’s decision to allow a drag queen to conduct a class on makeup application has many parents up in arms after the fact. A Willis ISD English teacher added fuel to the fire when he posted on social media that ‘parents should not have the final say’ and ‘don’t know what is best” for their children.

On October 18, Willis High School allowed a drag queen performer who goes by the name Lynn Adonis-Deveaux to instruct students on how to apply makeup, reported Community Impact Newspaper. School administrators apparently knew that the drag queen had performed in drag previously, but were under the impression that he would not be in “full drag.”

“School administrators learned at the end of the day that the man was wearing jeans but also wore heels and makeup,” a statement from WISD said. “However, the speaker did as asked, which was to talk to students about makeup application. The guest speaker did not discuss sexual orientation, lifestyle or anything else other than makeup application.”

Willis High School Cosmetology class posted on Twitter that they were “so thankful” for the drag queen.

Oh Miss Lynn Adonis, how we thoroughly enjoyed your company today! Laughs all day and memories we’ll never forget. So thankful for you! pic.twitter.com/Y7GjPziQsJ

Adding Fuel to the Fire

Many parents were livid as they had not been informed prior to the event. In response to parental backlash, English teacher Anthony Lane posted on Facebook that parents shouldn’t have the final say because they don’t know what’s best for their children. He also said that teachers are “afraid” of parents because they “are given so much authority.” He continued:

I believe that raising a child is the responsibility of the community, and that parents should not have the final say. Let’s be honest, some of you don’t know what is best for your kids.

Parents believe they should be able to storm the school in the name of political and religious beliefs if something happens in the school that they are morally opposed to. They forget that we make a promise to prepare their children to live in a diverse world. We are not required to protect the misguided, bigoted views of their parents.

If you want your children educated with your values, find a private school that will do it. The public education system is not here to serve your archaic beliefs.

The post by Lane has since been pulled down.

Angered parents showed up at Willis ISD’s November 11 meeting. They wanted to know who had authorized the event and what kinds of changes in policy the district has made. “Other than hearing the word ‘It won’t happen again,’ I have heard and seen nothing,” said resident Gary Buckaloo. Conroe ISD trustee and Willis High School parent Dale Inman criticized the school district. “Who’s responsible for authorizing this adult entertainer who works in the sexually oriented business industry to enter the Willis High School and lay hands on our children?”

Stephanie Hodgins, Willis High School principal introduced herself among boos from the crowd. “We make decisions always keeping in mind these questions: Is this what’s best for kids? Is this going to help us grow academically? If the answer to these questions is no, then we move on. But if the answer is yes, then we are moving in the right direction.”

Lane also spoke at the meeting. “I think as a district we need to make an initiative to teach our kids to be tolerant and respectful.”

A local pastor, David Riley, was more concerned about Adonis-Deveaux’s character. “My question is this: Who examined the character of the person who stood before our kids?”

WISD told parents in a statement that the trustees “have examined our process on guest speakers and have made some adjustments in regard to communication to better serve the Willis ISD Community.”