Texas is Now an ‘Open Carry’ State: Here’s Why That’s a Good Thing

It has always been antithetical to the spirit of the Constitution to require a license to own a firearm. 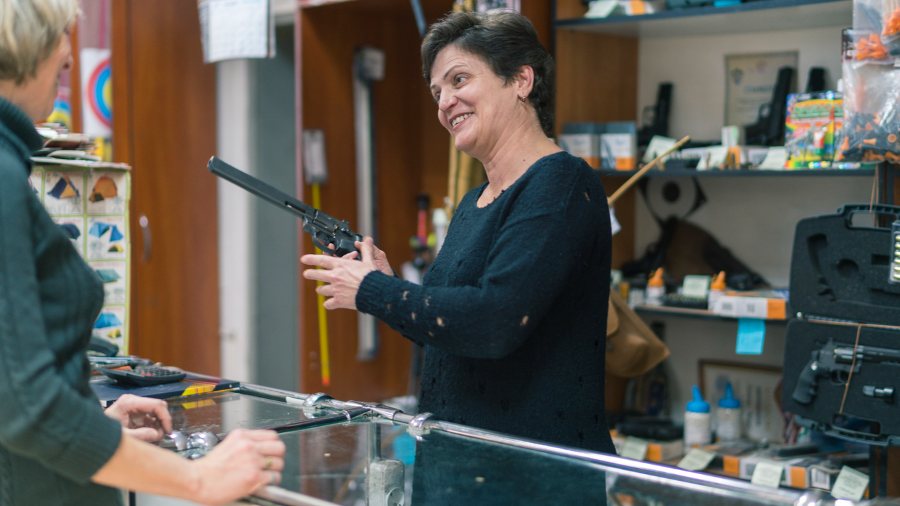 As of September 1, you no longer have to pay the government to carry a gun in Texas.

Most people think of Texas as the Wild West and may be surprised this was ever the case in the Lonestar State. But, Texas previously required a license to carry a gun, a restriction on citizens’ rights you’ll still find in 31 other states. Most of the time, that means citizens can keep guns in their homes or cars, but to carry on their person they must complete a class and then pay the government a recurring fee to obtain their permit. This could cost hundreds of dollars.

To address this, the Texas state legislature passed a “constitutional carry” bill during their last session, and Governor Gregg Abbott signed it into law in June. The bill doesn’t actually change the eligibility for purchasing or owning a gun. The state still blocks anyone under the age of 21 from gun ownership, as well as many people with criminal records. And those who wish to purchase a gun must of course still go through a background check as well.

Constitutional carry merely means that citizens no longer have to pay the government, or jump through hoops, to legally exercise their right to bear arms.

Those Wringing Their Hands

But be that as it may, it has not stopped the hand-wringing over the new law by many progressives, firearms instructors (who profit greatly off of licensing mandates), and police — all of whom are now spending considerable time warning the public that this will lead to an increase in gun crime and violence.

“New gun laws in Texas will surely lead to more gun violence,” read a headline in the San Antonio Report.

When lawmakers close the door, @MomsDemand volunteers come in the window: “…volunteers are visiting Texas businesses, offering to help them post new signage required by the permitless carry law that would prevent people from bringing guns inside.” #txlege https://t.co/gFLSWNpuCv

Candidly, these talking points are tired, and they don’t stand up to reality.

Problems With Paying the Government to Exercise a Constitutional Right

First and foremost, it has always been antithetical to the spirit of the Constitution to require a license to exercise a right clearly defined in the Second Amendment of the Bill of Rights. For no other right do we demand that citizens jump through hoops or pay the government to use them. Imagine if similar requirements were implemented for free speech or freedom of religion. It would be a gross injustice, as are gun permits.

Additionally, making people pay to take a class and then pay to obtain a license from the government does little more than block poor people from exercising their rights. Some of these requirements were put in place to intentionally block people of color from accessing guns in the past — laws that continue to reverberate today — making these measures even more unjust.

There is nothing about paying the government that makes a person less or more likely to be violent. In fact, those who intend to commit violence already intend to break the law, and will not be bothered with a permitting process in the first place. Arguments to the contrary are totally detached from reason, the nature of crime, and everything we know about violence.

Lastly, and without getting too into the weeds, it’s important to point out that the way the vast majority of gun violence and gun deaths are tracked and reported is … deeply problematic to say the least, if not downright disingenuous.

Mass shootings include any incident where four or more people are killed in a general area. That means even when the shooter is known to the victims, they are in their own home, or a crime is gang-related, they all get lumped into this arbitrary category that makes gun violence by strangers seem more prevalent than it is. Suicides are lumped in with homicides, which also leads the public to think there’s more gun crime than there is. And the number of times a year guns save lives is usually overlooked altogether. For the record, estimates show at least 162,000 lives are saved by gun ownership a year and millions of crimes are prevented.

Furthermore, we have strong data that show ownership of guns actually correlates with less violence, not more. Statistics from the U.S. Department of Justice show that “U.S. gun-related homicides dropped 39 percent over the course of 18 years, from 18,253 during 1993, to 11,101 in 2011. During the same period, non-fatal firearm crimes decreased even more, a whopping 69 percent.” During that same time period, gun ownership increased significantly, even breaking records in 2012.

On the other hand, we continue to see states with the strictest gun laws lead the nation in actual gun crimes and homicides. California and Illinois, which all but block residents from gun ownership altogether, lead the nation in mass shootings. And New York, which has similar laws in the city, recently experienced a 166 percent increase in gun violence during the pandemic.

The Texas law does not necessarily mean more people will carry guns; it just means they don’t have to pay the state before they do so. But if the new law does lead to more people exercising their rights, it would be a positive story either way.