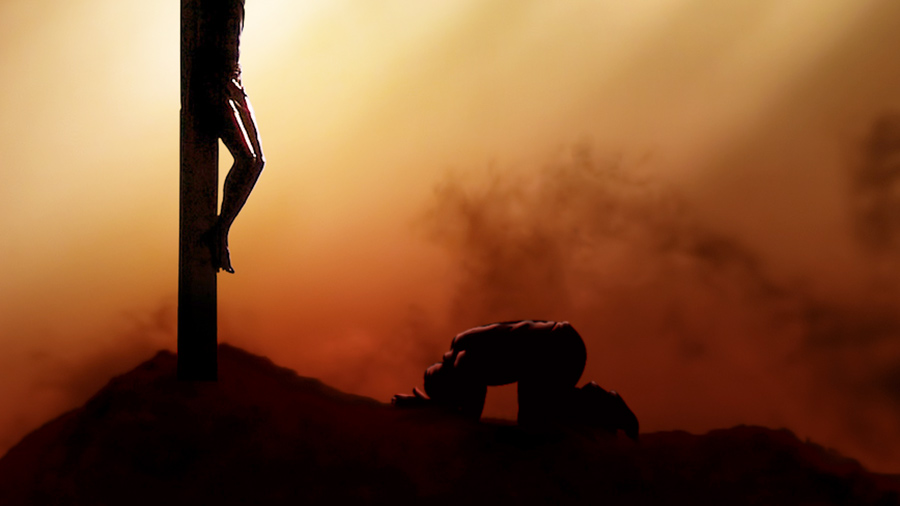 Tens of thousands of Catholics who love their Church and want to cleanse it of sex abuse joined in a “world wide effort to combat the Powers of Darkness” this past Sunday. Gathering in 1,300 locations and 44 countries, they joined in events organized by the Rosary Coast to Coast and Holy League of Nations. It was one year after one million Poles prayed the Rosary on their nation’s borders.

Organized by Father Richard Heilman, their efforts combined the Rosary said on Sunday with a 54-day long series of prayers concluding on that day. The effort was endorsed by leading cardinals and bishops like Cardinal Raymond Burke and Bishop Robert Morlino of Madison, Wisconsin. “We are living in the most troubled times,” Cardinal Burke says. The “most fundamental truths of our human lives” are being challenged. Yet, he continued, “We are full of courage, because we know our Lord is with us. He has called us to be his soldiers on the ground, working with him for the salvation of the world.”

Why October 7th? That day is the Feast of the Holy Rosary. It marks the day Christian forces defeated Muslim invaders in the Battle of Lepanto, when so many people prayed the Rosary for their victory.

The Holy Rosary is among the most cherished prayers of Catholics. Catholics use the word “prayer” to refer to a range of different disciplines. So, the Rosary includes the Apostles’ Creed, the Our Father, Hail Marys, and the Doxology. While praying it, one meditates key events in the life of Christ and Mary. Unlike traditional meditative prayer, the Rosary is designed for people in a busy world so they can come close to God without leaving their earthly responsibilities.

These responsibilities to those hurt by the Catholic Church’s sex abuse scandal drew so many to pray together on Sunday. Many cardinals, bishops, and other leaders led the Church into its decades-long descent into sexual abuse, cover-ups, and the creation of a thriving homosexual culture. Others let it happen. Others refused to look.

In answer to these betrayals, tens of thousands of Catholics put aside ego, football games, the comfort of a backyard cookout, and even safety in nations like Iran. They stood together to pray for the Church to once again reflect Christ.

Humankind is called to remove pride and ego so God can work through us. In Exodus, God led the Israelites to defeat the Amalekites. However, Moses had to keep his arms up all day until the Israelites won. He could only do that with Aaron and Hur’s help. Christ was born through supernatural means, but it was Mary who allowed God to work through her to begin that life-saving process of Grace.

Satan works daily to separate people from each other and from God. Clergy sex abuse is a powerful way to do that. By coming together, by making sacrifices to pray as one, tens of thousands of Catholics countered that divisiveness. Christ said in Matthew that “where two or three meet in my name, I am there among them.” We saw that at more than 1,300 locations, people will not leave Jesus because of Judas.

Catholic laity have been abused, lied to, and manipulated. Some were even tricked into paying for abusive priests’ retirements. Both Christ and Paul predicted that these types of actions by false prophets would come to power.

Therefore, laity should ask God for supernatural trust in order to stop the false prophets. We must hold accountable those who committed abuse and/or covered it up. Change in the Church can only come from prayer and action, not the corrupt self-interest present in many clergy.

The prayers said on Sunday united laity and clergy. Together, they asked God to remove sin from the Catholic Church. They showed the best of Catholicism. Rampant abuse and cover-ups of abuse hide the good the Church does. It saves souls, it provides moral and prudential guidance for daily living, and it is the largest private organization assisting the poor across the world. Yet many of its leaders have allowed souls to be temporarily or permanently damaged, driving victims of sex abuse and many others from Christ’s Church.

Prayer, accountability, denying donations to dioceses and the wider Church until real reforms are in place — these are foundations upon which the laity can lead the Church to a holier future. Sunday was just the start.

Where Did All the Fathers Go?