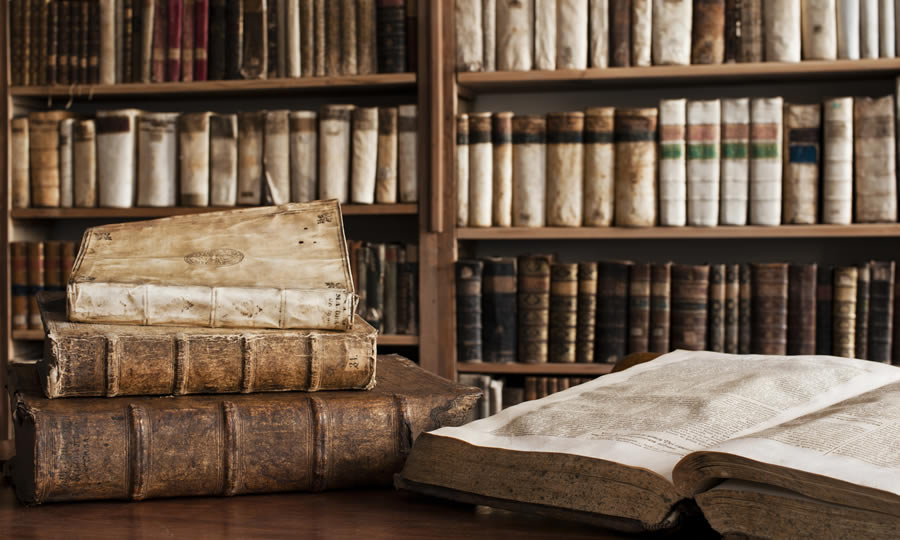 In Stephan Pastis’ comic “Pearls Before Swine,” Rat, dressed as a magician, stands beside a cardboard box labeled “The Magic Box O’ Smartness.” “What’s all this, Bro?” asks one of two vacant looking young men.

“The ‘Magic Box O’ Smartness,’” Rat explains. “Hop inside and watch as your intelligence grows.”

“Let’s do it Dude,” says one vacant fellow.

Rat then seals the two inside. “Hang on a sec,” comes a voice from the box. “There’s a bunch of stuff in here.”

“Oh, yeah,” Rat replies. “Those are books. When you’re done reading them, I’ll toss in more.”

Goat, observing the scene comments, “So it’s not so much magic as it is education.”

“These are desperate times,” replies Rat as a voice in the box asks, “Hey, how do you open a book?”

In his book Breaking Bread with the Dead: A Reader’s Guide to a More Tranquil Mind, Alan Jacobs takes for granted that we know how to open a book. As Distinguished Professor of Humanities in the Honors Program at Baylor University he has his students read books including — and here’s the key to his title — old books.

Our world, he argues, leaves us in a constant state of twitchiness. He describes walking into classrooms and seeing, “every head bowed before a glowing screen…. Often their brows are furrowed; they may look anxious or worried.”

Old books invite us into the past, into ages and cultures unlike our own.

He goes on to admit that he is not immune: “When my students are taking a quiz there’s nothing for me to do so my hand then drifts toward my phone — or did, until I finally forced myself to stopping carrying my phone around; my twitchiness during quizzes was among the chief factors that pushed me to that decision.” Not even the professor can just sit still.

Jacobs concludes, “That twitchiness — that constant low-level anxiety at being communicatively unstimulated — seems so normal now that we may be slightly disconcerted when it’s absent.”

Trapped in the Right-Now

The constant bombardment of information — a bombardment that continues to accelerate — and the accompanying twitchiness, he argues, results in narrow “temporal bandwidth.” Our attention is given to right-now. Our imaginations are trapped by whatever is immediately in front of us — so often on a screen.

Related to temporal bandwidth is what he calls “personal density.” The more we are trapped in the right-now, “the more weightless we become. We lack the density to stay put even in the mildest breeze from our news feeds.”

The more we live in the right-now, the shorter our temporal bandwidth and the thinner our personal density becomes making us unable to break the spell of the immediate.

The more we tame the right-now and expand our “present” to include the past and the future, the thicker our personal density becomes. And with more personal density we become more tranquil.

Think, if you will, of a box containing 10 reams of paper as over against a single sheet. What happens when the wind blows? Small wonder we’re a people marked by furrowed brows and anxiety.

“You need the personal density that will hold you firm,” writes Jacobs, “until, in your considered and settled judgment, it is time to move. And to acquire the requisite density, you have to get out of your transitory moment and into bigger time.”

We move into “bigger time,” Jacobs believes, in large measure by reading old books, hence, (using W.H. Auden’s phrase) “breaking bread with the dead,” enjoying table fellowship with those who have gone before us.

Old books invite us into the past, into ages and cultures unlike our own. Were those ages and cultures perfect? Hardly, but exposure to them increases our temporal bandwidth and personal density. It calms out twitchiness and brings tranquility in the bluster all around us. It also creates a cross-generational community of love as we treat those who are unlike us as we hope to be treated by generations yet to come: with toleration and charity.

Self-forgetful engagement with a great book qualifies as meaningful in itself, the quality that characterizes leisure, because it involves what Josef Pieper praises as “receptive openness and attentive silence.” It is like a conversation with a person of wisdom and authority whose manner of speaking requires attention to tone and irony and what might remain unspoken. Finishing a session with such a book, I rise from the chair as if from a superb meal: the excellences exceed my present capacities of appreciation, but they move me to become more than I am. I remember reading Othello three times in one weekend when I was a junior in college. It was astonishing. The experience revealed that there must be more to me than I thought if such a play could exist in the world I inhabited.

Not convinced? Alan Jacobs presents his argument much better than I do. Read Breaking Bread with the Dead. After that, leave the phone behind and head off to your local “Magic Box O’ Smartness.” It’s clearly marked with the word “Library.”

Tolle lege: Take up and read.