Telling the Truth in the Age of the Unreal 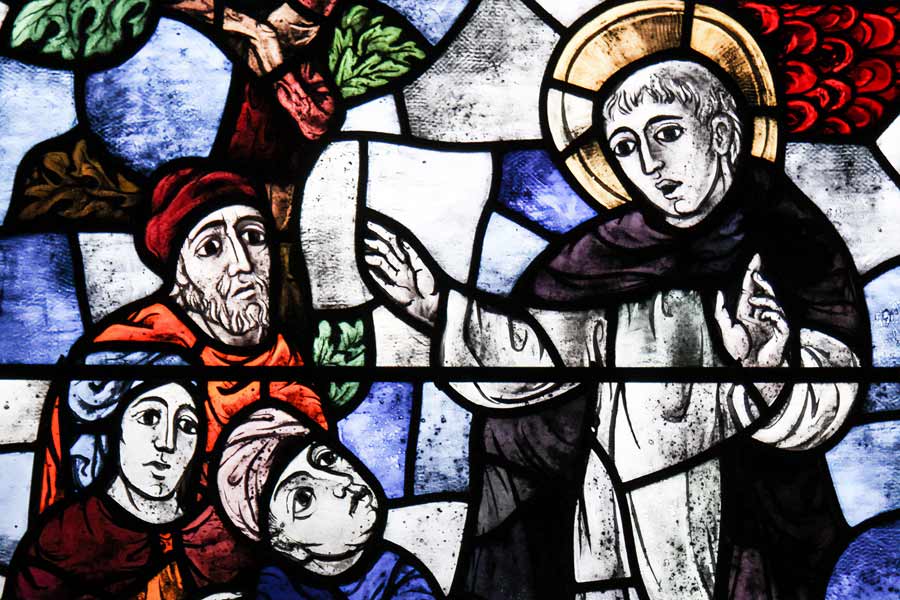 “The point I am making,” writes Carl Trueman in his book The Rise and Triumph of the Modern Self, “is that we all live in a world in which it is increasingly easy to imagine that reality is something we can manipulate according to our own wills and desires, and not something that we necessarily need to conform ourselves to or passively accept.”

Reality is not rocks and soil, sun and rain, plants and human bodies. Reality is what each of us decides reality is. We might say that reality is our wills and desires and nothing more. We look at the world, Trueman writes, “as so much raw material out of which meaning and purpose can be created by the individual.” Hence, “my truth and your truth,” “my reality and your reality.”

Living in a Dualistic Age

Philosophically, this way of thinking got its start long ago with thinkers like William of Ockham, Francis Bacon, and Jean-Jacques Rousseau. Popular imagination lagged until the power of technology created a world in which all things seem possible and givenness can be ignored. Deserts can bloom into gardens. People can walk on the moon. Meat can be grown in a laboratory. Boys can become girls and girls can become boys. And perhaps even death can be conquered by uploading our consciousness into the web — a serious project of the transhuman movement.

Which is to say we have or soon will have the technology necessary to control, deny, ignore, and even despise the objective world around us. What really counts is my true self, my inner life, my spirit. That is, we live in a dualistic age were the physical vies with the spiritual.

Ours is hardly the first dualistic age opposing matter and spirit. Before his conversion to Christianity, St. Augustine was drawn to Manichean dualism back in the fourth century. And St. Dominic’s heart broke over the Albigensian dualism in twelfth-century France.

“The Albigensians,” writes H. W. Crocker III in his book Triumph, “were a sort of Pro-Death League, opposing marriage, children, and pregnancy (a calamity for which abortion was recommended); and if one could not follow a Pauline path of celibacy, the next best thing was fornication that did not perpetuate the species. Because matter was sinful — only the spirit was pure — death was to be hurried along.” Suicide was admired and encouraged — particularly suicide by self-starvation.

Oddly enough this world-despising heretical suicide cult was growing at the time as a result of aggressive evangelization.

Fr. Peter John Cameron relates in his preface to the book Saint Dominic’s Way of Life: A Path to Knowing and Loving God, that Dominic was on his way from his native Spain to Scandinavia when he encountered the Albigensians in Southern France.

“The moment Saint Dominic encountered such catastrophic sadness,” writes Fr. Cameron, “he stopped in his tracks, reordered his priorities, and changed his plans. He sat up all night with an Albigensian innkeeper and by morning the man was converted, loving and living for Jesus Christ.” He then concludes, “Whatever Saint Dominic did in that inn needs to be done, and done intensely.”

Not that our world is full of Albigensians. It’s not. But dualism seems to be alive and well in what philosopher Charles Taylor calls our “expressive individualism”: relying on our private, inner feelings, desires and intuitions to define reality for us.

Suicidal Ideation in a Pandemic

Covid year 2020 saw a dramatic jump in suicidal ideation in an era when the suicide rate was already climbing. The CDC reported, “In June 2020, 25% of surveyed adults aged 18–24 years reported experiencing suicidal ideation related to the pandemic in the past 30 days.” If one in four young people were thinking about suicide three months into the lockdown, how many were thinking about it in December 2020 or March 2021 once the isolation really set in?

2020 also saw a significant jump in “Substance Misuse” by eighth graders. Eighth graders — for those of us who need reminding — are twelve- and thirteen-year-olds.

“Merciful God, what will become of sinners?” prayed Dominic.

Whether or not a given individual converts from error to Christ was out of Dominic’s (and out of our) control. But Dominic and the Order of Preachers he founded would tell the truth about God, creation, human beings, sin, salvation and judgment regardless. That’s something he could control.

This year marks the 800th anniversary of Dominic’s death. His feast day is August 8. In a letter commemorating this anniversary, Pope Francis wrote, “In our own age, characterized by epochal changes and new challenges to the Church’s evangelizing mission, Dominic can thus serve as an inspiration to all the baptized, who are called, as missionary disciples, to reach every ‘periphery’ of our world with the light of the Gospel and the merciful love of Christ.”

That means we must learn to live Dominic’s motto: Benedicere, Laudare, Praedicare, “To Pray, To Bless and To Preach” because “Whatever Saint Dominic did in that inn needs to be done, and done intensely.”