Taking Stock of American Christianity: What are We Supposed to Believe? 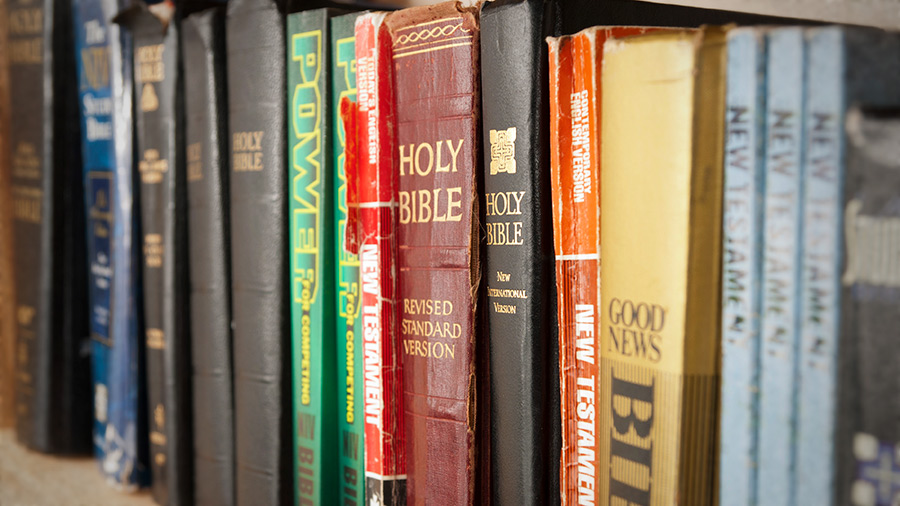 American Christianity is in transition along with the rest of the country. Taking stock of our situation here at this crossroads, we seem confused and embattled, unsure of our identity and unclear on our mission. Yet the church in America is also, along with Christians across the world, God’s chosen vehicle for revealing His glory, and it is still doing that work.

This article begins a series of weekend commentaries on the condition, mission and future of American Christianity. I write as a Protestant, but most if not all of what I say will apply to Catholic and Orthodox believers as well. I begin with our current challenges, for they are real and in Christ we must overcome them to move forward in our proper identity and mission.

I’ll begin at the core: our beliefs. Although the exceptions are many, overall, American Christianity is suffering badly from confusion over what we’re supposed to believe. (I use “supposed to” intentionally, as you’ll see later.) Church doctrine tells us one thing, but culture tells us something else with seemingly equal authority — or at least we treat it that way.

So What Are We Supposed to Believe?

One Foot In Each Canoe

Though exceptions certainly exist, overall the American Christian movement seems to be doing its best to do what it’s “supposed to do.” All of it. If church and culture are two canoes floating freely on a lake, we act as if we’re supposed to stand with a foot in each of them.

A Pew poll in 2008 reported that a majority of U.S. Christians believe other faiths can lead to eternal life. And that’s a good thing, right? — it’s tolerant! The New York Times saw it as quite a positive trend: “The report … reveals a broad trend toward tolerance and an ability among many Americans to hold beliefs that might contradict the doctrines of their professed faiths” … as if that were a good thing.

Go Ahead, Believe What Contradicts What You Believe

I saw this in action the other night when I led an informal discussion group on “What makes for the good life, and how do we know?” There were a diverse dozen of us there, ranging in belief from completely atheistic to thoroughly Christian. In the middle of that range were several churchgoers, one of whom objected mightily when I said Muslims’ beliefs about Allah were significantly different from Christians’ beliefs about God. Why? Mostly because that difference might signify that I thought Islam was wrong. We’re not supposed to think that.

Another participant there, also a churchgoer, spoke glowingly of the peace her Hindu co-worker portrayed. Though I have no doubt he carries a peaceful, spiritual demeanor, I was struck by her implication that Christians should conclude therefore that Hinduism is a valid path to true goodness for this man.

Hinduism contradicts practically as many tenets of Christian belief about God, humans and the world as it is possible to contradict. That includes many (though not all) of Christianity’s moral beliefs. Therefore if Hinduism is generally good and true, then Christianity isn’t, and vice versa. Still apparently we’re supposed to believe all religions are good and true, as long as they satisfy their followers.

Jesus taught “you cannot serve two masters” (Matt. 6:24), but the problem here isn’t just doctrinal, it’s about rationality itself. Christianity and Islam contradict each other in their most crucial beliefs about the nature of reality. No one can simultaneously believe that God’s Son came to save the world (Christianity) and that God has no son (Islam) — not even if we think that’s what we’re “supposed to” believe.

The same kind of thing goes for Hinduism with respect to both Islam and Christianity, and also for the other beliefs on my short church-and-culture list above. If we believe what Christianity teaches on these things, then rationality requires that we reject what culture says we should believe. Conversely if we choose to accept our culture’s beliefs, then we ought to own up to the fact that we’re rejecting what Christianity says about them.

For some that seems terribly negative. Why should we have to reject anything at all? Isn’t it rude? But this is about beliefs, not people. I can disagree with Islam without being disagreeable toward Muslims. I expect them to be able to do the same in return, for they certainly disagree with my Christianity.

The atheist attending that discussion was visibly worried when he found out the evening was going to be led by a conservative Christian, but he ended up enjoying it a lot. So did I, and we’re both looking forward to the next round, scheduled for a month from now.

What Should We Believe? The Truth

But we were talking about what we’re supposed to believe. What is it? What should we believe? It’s simple: we ought to believe what’s true. We ought to reject what’s false. And we must own up to the difference; acknowledging that to accept one belief as true is to reject what contradicts it.

In reality what’s confusing much of American Christianity today is that we’re trying to decide whose truth we ought to believe, when instead we should be seeking the truth that is true. I’m convinced that search will lead us straight back to our historic Christian beliefs — which is where we need to go, not because anyone says we’re supposed to believe it, but because it’s true.

MyFaithVotes: Why Voting is Important for Christians