In the United States, human rights violations against children have reached an epidemic level. It is big business. In fact, it is a multi-billion-dollar profit making illegal enterprise. Millions of young people are being targeted, violated, enslaved, sold and killed. We must identify and prosecute the predators, their customers and anyone caught in the act of aiding and abetting them. Because we need real action now. We must demand measurable accountability by every lawmaker and institution governing the rights of children.

It Happened to Me

I am a survivor of childhood sexual abuse and trafficking. Without a doubt, predators must receive the maximum penalty allowed by law. My organization, Beulah’s Place, saves victims of depraved criminal acts against children. Rescuing the victim is the first step. 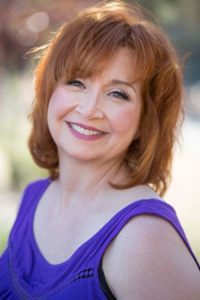 The second step is to let the young person know they are safe. Many are homeless and living on the streets. When I first meet with a teen, I ask them how they ended up on the street. The teen will tell me a little but will put their guard up. They are hesitant to reveal their secrets. I will share a piece of my own journey, and while it will not be exactly like theirs, it has a similar sorrow and pain. It opens a door to connect safely with them. Trust begins when the teen knows I had to climb out of the same pit of hell they are experiencing.

Sexual abuse and trafficking are the most intimate and deeply damaging violations a child can endure. Every victim suffers from PTSD. Victims are permanently scarred by the horror of the criminal act perpetrated upon them. The child did not choose to be violated. In order to cope, many self-medicate to numb the pain of the memories of the trauma. Many go back to living on the streets, being used and abused. A great percentage end up taking their own life.

I am a survivor of childhood sexual abuse and trafficking.

What is desperately needed is funding specifically allocated for safe housing, medical care, competent mental health care, and counseling specific to child sex abuse victims. If funds are not designated, those of us in the field cannot adequately provide the stabilization and support system needed.

As one who managed to escape enslavement, I know that no matter how much healing occurs, there will never be a “normal” for a victim.

Time for Our Leaders to Act

Read more about Andi Buerger and how she healed in “Childhood Abuse Survivor Becomes ‘Mom’ to Hundreds of Homeless Abused Teens and a National Advocate for Victims of Human Trafficking” and “Childhood Sexual Abuse Survivor Shares How She Healed.”

It took 17 years for me to escape. I am one of the few survivors who managed to create a “new” normal. It allows me to rescue others. It is my calling; but for those who claim to represent constituencies, great or small, this must be a mandate. The reality is this: the business of human trafficking is growing at a rate that is expected to overtake drug trafficking as the number one illegal activity in America. Time has run out for a victim somewhere under our watch and that victim is somebody’s child.

Andi Buerger, JD is Co-Founder of Beulah’s Place in Redmond, Oregon. She’s author of A Fragile Thread of Hope: One Survivor’s Quest to Rescue, and Co-Founder of Voices Against Trafficking. She is a sought-after international speaker and frequent guest on radio and television programs regarding the issue of human trafficking.

If you wish to join the fight against human trafficking, please also consider partnering with our own RescueLIFE. For ten years, Rescue LIFE has been working to Reach, Rescue and Restore victims of human and sex trafficking here in the U.S. and overseas.