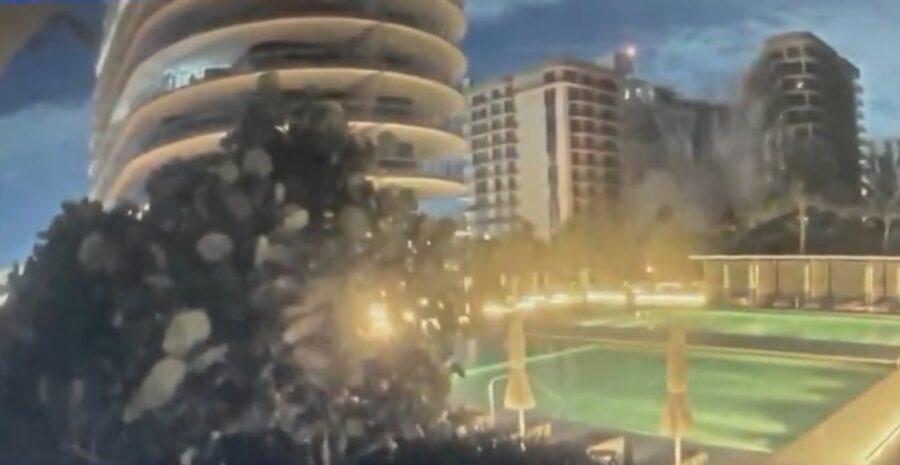 A race is on at this hour to locate survivors of a devastating condo building collapse in Surfside, Florida near Miami. Some 99 people are now unaccounted for, up from 51 earlier. One person is confirmed dead, while 102 people are now safe and accounted for.

A major section of the Champlain Towers South Condo came down at 1:30 a.m., the CCTV footage of the devastating collapse evoking memories of the bombing of the Oklahoma City Federal Building.

Surfside Mayor Charles Burkett says he was told by the building manager the tower was full at the time of the collapse. About a third of the building’s 136 units are said to be destroyed.

“I am a person of hope,” Miami-Dade County Commissioner Sally Heyman told Fox News, “I’m going to be optimistic that the possibility remains that as they continue to search part of the recovery will be survivors.”

Indeed, officials said in an afternoon press conference, rescuers have heard knocking in the rubble.

Please join in praying for those who may be trapped, the families of the victims, and the search-and-rescue workers as they engage in their dangerous task.