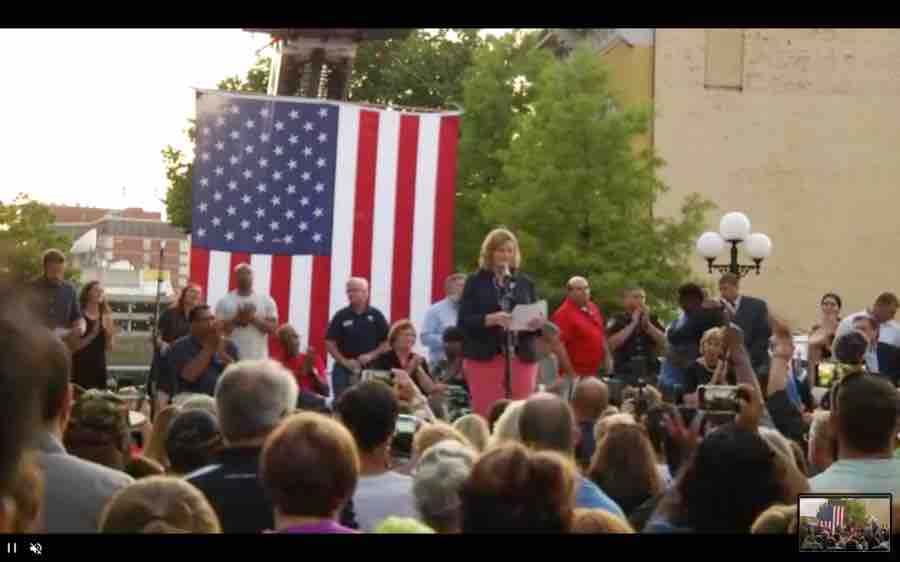 I was at church when I heard about the shooting here in Dayton. I wept. We’re not even over the Memorial Day tornado outbreak. Our pastor rewrote his sermon at the last moment, speaking from Psalm 40 on evil and God’s justice and healing.

Maybe it shouldn’t make a difference, having it happen so close to home. El Paso is hurting, too, I know. But this one was a punch in the gut. The identified shooter, Connor Betts, worked at a Chipotle restaurant just walking distance from where I live. He lived in Bellbrook, less than 4 miles from my home. It’s just about the most attractive community you ever saw — and not just good-looking, but known for being close-knit and caring.

Local TV reporters are a mess. One pointed out the challenge of reporting on people grieving, while they’re grieving themselves. More than a few people, both in church and on TV, have mentioned El Paso as well.

Dayton held a prayer vigil Sunday evening, right there in the Oregon district where it happened. Someone whose name I didn’t catch opened with a word of appreciation to first responders. A large American flag hung proudly behind the stage. Nine white doves were released, representing the nine who were killed.

Someone sang a beautiful a cappella version of Amazing Grace. Jewish, Christian and Muslim clergy led prayers, including: “We’re hurting, and in need of healing. Somewhere we have read of a balm in Gilead, and we pray that … that balm would be transported from Gilead to El Paso, and from El Paso to Dayton. … Leave us not to feel hopeless.”

Mayor Nan Whaley said, “You know Dayton is fearless. I thought of that when I saw video of officers running toward the gunman. … We have confronted some of the toughest challenges any city could imagine, and we stood tall in the face of all of them.”

Ohio Governor Mike DeWine stood to speak, and even as he spoke of his pain, the crowd drowned him out with angry cries of “Do something!” At that point the event lost its character as a prayer vigil. The mayor returned to the microphone and pled with the crowd to recover the right purpose and tone.

That’s exactly how local WDTN-TV newscasters read it after the fact. Multi-colored signs reading “Disarm hate” were in evidence.

But that’s not the “something” that would really count. The facts are indisputable: Gun “control” doesn’t do what it’s claimed to do. And the issues are so much deeper, more spiritual than that. For all the idyllic neighborhood he lived in, Connor Betts was a spiritually troubled young man with a heart tending hard toward violence.

“Gun Control” is Simplistic and Misguided; We Need Jesus

One of the many things wrong with “gun control” is its unrealistic simplicity, its one-dimensionality. One liberal church pastor speaking Sunday night at Dayton said we need to “disempower the hatred and the violent acts.” He also called for “the salvation that comes from love, love, love.” It sounds so good, but it’s not nearly good enough.

Because it’s not about having good feelings about love. It’s not even about disempowering hate. It’s about empowering love — true love, which only comes by the power of God through Jesus Christ, the world’s greatest example and ultimate source of love. And forgiveness. And unity. And healing.

That’s not a political answer. Generally I’m okay talking about politics. Right now, though, I’m sorry, I’m not in the mood for that. We need Jesus. God help us all.

Is Authoritarianism Behind the Right’s Opposition to the Parkland Students?

I Go to a School Where an Attack Was Foiled. Here’s Why I’m Against Limiting Gun Rights.