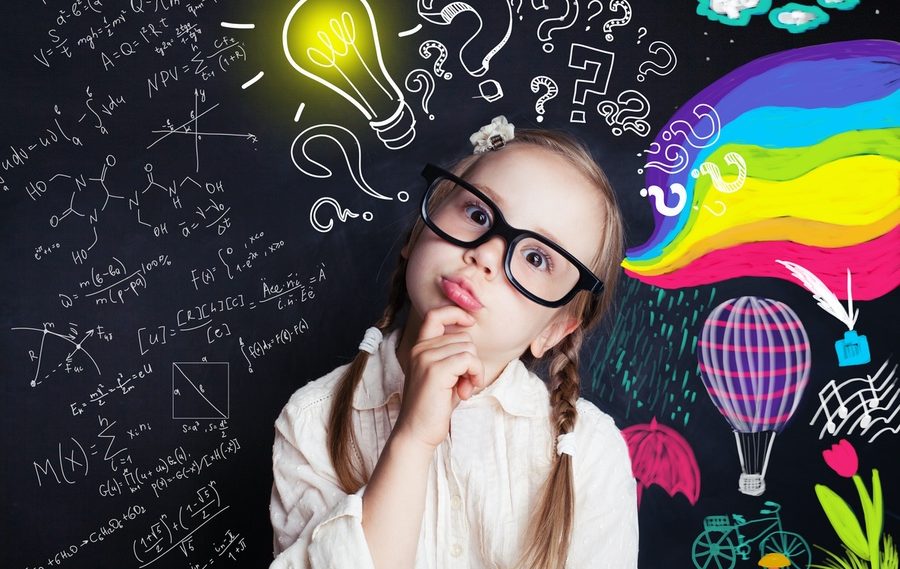 Non-religious people are more intelligent than religious ones, says a study released not so long ago. In their published report, the researchers called their findings “emotionally fraught.” Yesterday, I shared two reasons that wasn’t the case — two strikes against the study. Now for strike three — in a game where the home team is ahead by seven or eight runs. Because now we find out the research results aren’t even interesting. Not for Christianity, at any rate.

Let’s imagine for the sake of argument that the problems I raised yesterday were all settled. Let’s suppose the research had a good working definition of “religiosity,” and that it even narrowed in on Christianity in particular. While we’re at it, we might as well imagine the researchers hadn’t revealed their anti-religion bias, through freshman-level mistakes interpreting it.

But why stop with that? Let’s go all the way with our imaginations here. Suppose someone really demonstrated that smarter people are less likely to believe in Jesus Christ. That hasn’t happened, but if it did, it should make Christians think twice about our own beliefs. Right?

Even If That Were Settled, It’s Still a Yawner

I really wouldn’t care if that happened, for two reasons.

First, it doesn’t matter who believes and doesn’t believe. What matters is whether they believe or disbelieve for good reasons. Smart people can choose bad beliefs for bad reasons. Aldous Huxley said he disbelieved because believing would interfere with his sexual freedom.

It doesn’t matter who believes and who doesn’t. What matters is whether they believe or disbelieve for good reasons.

Again, what really matters isn’t who gets it right or wrong, but what the right answer actually is. If God is real, He has more than enough intelligence to wipe out every researcher’s measurement scales.

Second, there’s no intelligence test for the Kingdom of God. Yes, God calls us to love Him with our minds. And the Bible certainly instructs us to grow in knowledge. But this study wasn’t about knowledge — in fact, the researchers checked, and found no relation between education and religiosity. This study was about innate mental ability, not acquired knowledge.

God knows we all have different abilities. He planned it that way. He only calls us to grow according to the gifting He gives us. He doesn’t judge us according to the gifts we have, but by the way we use them; and even that applies only to those who’ve already entered His Kingdom, His family. Gaining entrance there is much simpler than that. It’s about faith in Him. And it’s about humility, being able to recognize our need for Him.

There’s no intelligence test. But there is a humility test.

So who knows? It could be that smarter people are less religious because they’re more confused — confused about themselves, that is. They think they’ve got things covered. “Who needs God, when I’m always the smartest person in the room?”

“Who needs Me?” God might ask in response. “I’ll tell you who. Anyone who’s more interested in being loved than being admired, up on a pedestal. Plus, anyone who’s in danger of being hurt falling off that pedestal. Which is anyone whose pride is keeping them from seeing that they, too, need Me.”

Nothing to Fear from This Research

So that’s three strikes. There’s nothing for Christians to fear from this research. Its “religiosity” has little to do with true Christian belief. Its authors seem to be showing off their bias as much as their statistical acumen.

And if anyone ever found that more-intelligent people were more religious, their religion wouldn’t be Christianity. Chances are it would be a religion of self-worship.

God didn’t design heaven to be an eternity of brainiacs holding forth in the faculty lounge.

Christianity is for people who know first of all that Christ died for their sins, and also that they’ve done enough wrong to need Him to rescue them from their wrongs. My kids were able to catch the basics while they were still small children. There’s plenty more intellectual meat to Christianity than that — libraries upon libraries more. But that’s all anyone really needs to know for starters.

God didn’t design heaven to be an eternity of brainiacs holding forth in the faculty lounge. I think the smartest and the least intelligent people can all agree: “Thank God for that!”

Read Part 1 on this topic here.