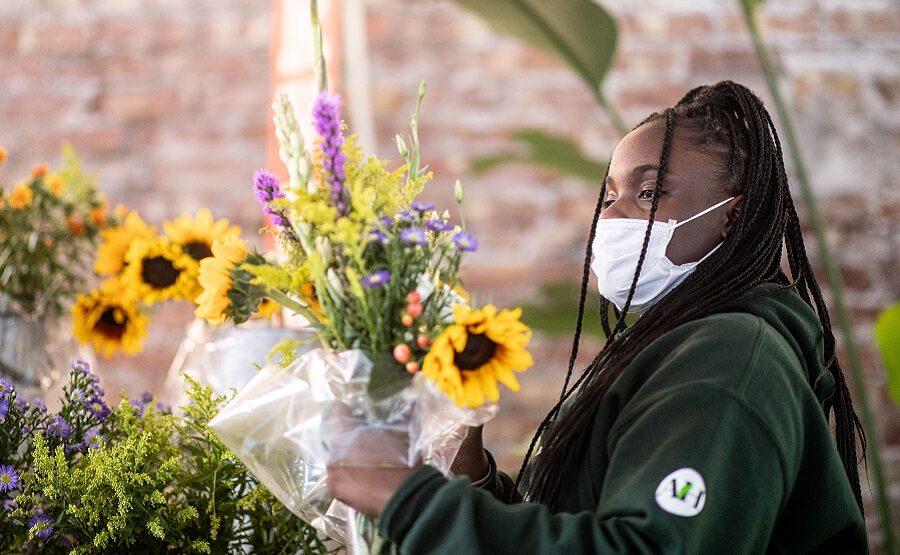 “We’re turning around and changing the perception of how people view Austin. Austin has been known only for homicides,” said Rodney Williams, Sr. Rodney is the director of entrepreneurship and economic development for a faith-based, after-school program called By The Hand Club for Kids.

Austin is a community area of Chicago, which had 769 homicides last year. That figure was up by 50% from the previous year.

Founded by Donnita Travis in 2001, By The Hand helps students “mind, body and soul.” They come alongside the students from kindergarten through college, specializing in helping only those who come in failing. “We focus on trying to be available for the kids that need us most,” Rodney told The Stream. While the kids get the extra help in all subjects as they need, By The Hand concentrates on reading.

In addition to two sites in Austin, By The Hand serves students in three other Chicago community areas: Cabrini-Green, Altgeld-Murray and Englewood. The organization now serves over 1,600 children … and now the community itself, with a venture called Autumn Harvest.

Last year, By The Hand decided to try something new. Seeing students struggle with TV coverage of riots as well as COVID-19, leadership at By The Hand invited community leaders, including former Chicago Bears linebacker Sam Acho, to tour their facilities and listen to students talk about solutions that could make their community better.

They started with the liquor store next door. “There was a liquor store directly next to our Austin location that we had been trying to purchase for over a decade. It was an eyesore and it just had a negative influence. … That building became available.” The students began to make plans, ultimately coming up with the idea of opening a store that would help them and their community. They realized that Austin was a “food desert.” “We had maybe like 19 liquor stores to only three grocery stores. One of those closed down. So, you’re looking at only two grocery stores.”

The community has lots of senior citizens who don’t have transportation. Even if they had transportation, they couldn’t afford fresh produce. “So, we were asked to knock down a liquor store, open up a fresh market and provide produce at a reasonable price to our seniors.”

In August 2020, Austin Harvest — an open-air fresh produce and floral shop — opened. Opening Austin Harvest wasn’t only for the less fortunate in the community. It was also a learning opportunity for By The Hand’s students. “We want to plant vision, future, dreams, plant hope into them,” said Rodney.

While they have professional mentors to help the students, everything about Austin Harvest is student-led. “They came up with the name, they came up with the manifesto, they designed the way it looks. They choose what we sell. … Nothing is being done apart from them making the decisions.” When the students leave the program, they will be equipped to start a business from scratch.

Austin Harvest’s fresh produce and flowers come from two businesses that have partnered with By The Hand. They offer Austin Harvest goods at cost and sometimes for free. The partners have also provided volunteers to give one-on-one training to the students, like how to build a flower arrangement. “They could get hired literally to do a funeral, a wedding or whatever the case may be.”

Putting in the Work

Rodney said that someone from outside the community could look at the students who come from rough backgrounds and say, “Oh, you can’t tell these kids anything. They don’t respond to discipline.” But Rodney knows differently. “I’m here to tell you they respond to love and you can discipline them through love when they know that it’s legit. So, we get positive results because we’re putting in the work. We partner with them, we partner with the parents. We’re not accepting the stereotype.”

Last year, Austin Harvest was open from August until Christmas. The project was supposed to last 12 weeks. “At the end of 12 weeks, the community really needed us and we knew this. And so we extended it.” They’d like to stay open year round, but they will have to have heating for the winter. They might get it. A recent fundraiser raised $500,000. “So, it’ll be something spectacular I believe, that’ll provide us with some heat in the winter but not lose that outside pop-up feel.”

A Future for Austin and Other Communities

Rodney believes that other under-served or underprivileged communities should do what By The Hand has been doing for years. “I would advise them to pour support into, invest in their youth.”

Getting a job at a fast-food restaurant won’t help them see their community any differently. But when they can see the fruits of their hard work, they’ll want to invest more in their community. “When you get to that age where you are about to start your own business, you’re not thinking to yourself, ‘I want to start a business, but I’m going to go look at another community.’ No, you’re saying to yourself, ‘I did it with Austin Harvest in my community. I can do my new business in my community.’ So, now that gives our community a future. It gives it a hope.”