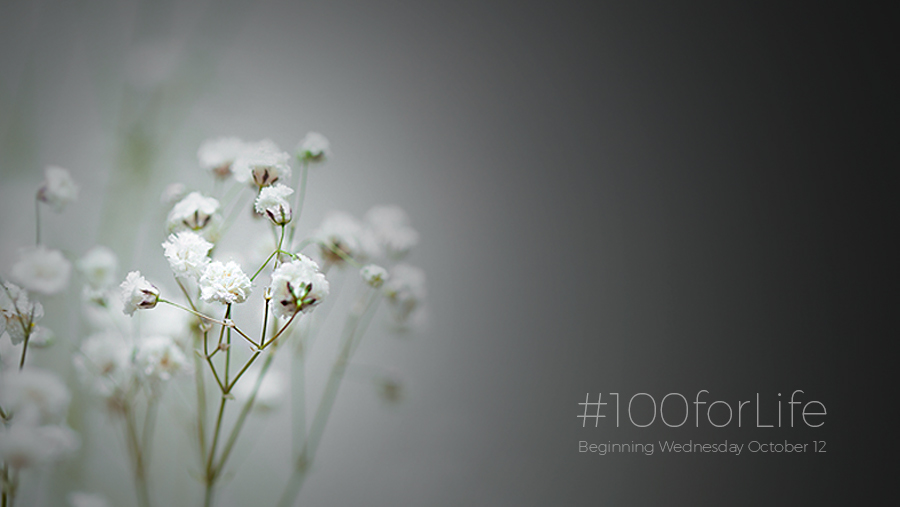 On Sunday, October 16, Planned Parenthood will celebrate its 100th anniversary, commemorating the systematic slaughter of millions of American children. What began with the mission of Margaret Sanger, whose well-documented thirst to eliminate the weakest among us, particularly those of color, ranks her in history’s top tier of genocidal minds, has culminated in the selling of baby body parts for profit and the sucking up of countless federal tax dollars.

The Stream cannot let this anniversary go unmarked, the celebration unchallenged, the millions lost unmourned, the worth of each life unsung.

So one week from today, The Stream launches #100forLife.

Starting at 8:00 a.m. CT, Wednesday, October 12 and continuing for 100 hours, The Stream will focus on Planned Parenthood and the blessings of life, from the true history of Margaret Sanger to inspiring stories of those who survived the murders planned for them, from graphs to graphic testimony, from tales of horror to songs of hope. We will shine light on Planned Parenthood’s practices. We will share memories of those who have fought the darkness of abortion. And we will pray.

#100forLife is also a 100-hour prayer vigil. For those who are so led, we ask you to set aside a specific hour between Wednesday at 8 a.m and noon on Sunday, October 16 to pray for:

Keep checking back with The Stream for more details on #100forLife, begin spreading the word, and get ready to tell your own stories. Exposing the darkness for what it is necessitates more than just a few people here and there — it requires a community of courage that will stand and share the truth about what we can’t not know. Please join us and share your stories around kitchen tables, at restaurants, in churches, and in front of abortion clinics.

Lo, children are an heritage of the LORD: and the fruit of the womb is his reward.” (Psalm 127:3 KJV)