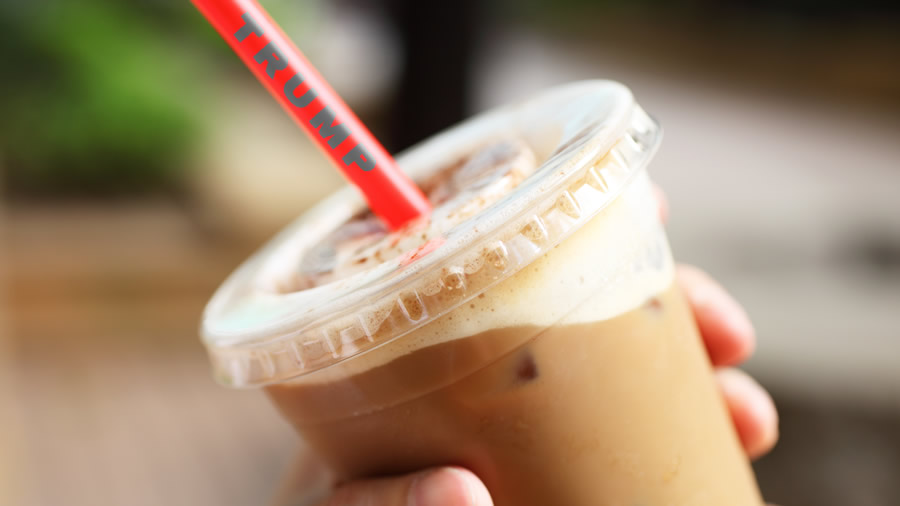 I was disgusted when I read a recent article in The Washington Post about the Trump campaign’s sale of Trump-branded plastic straws. Then I did a bit of research and found out that the real story was quite different from the picture the authors painted.

According to the story, the straw sales are just one example of Trump “deliberately amplifying public tensions by seizing on divisive topics to energize his base.” In other words, the Trump campaign wants to stir up Republicans’ outrage. So it sells plastic straws to mock the Left’s efforts to help the environment by banning them in certain cities.

As I read the article, I asked myself two questions. Do these laws really deserve to be mocked? And how will provoking the Left do anything to help America?

As a liberty-loving conservative, my instinct is to cringe at laws that intrude into the details of my everyday life. On the other hand, as a Christian with a profound respect for the world our Creator has entrusted to us — and concern for the other creatures that inhabit it — I can’t ignore the toll that plastic straws are taking on the world’s oceans.

State and local governments have legitimate authority to enact this type of law. So the question becomes: is it good policy? Is the harm of plastic straws so great that it warrants intrusion upon the people’s freedom to choose which kind of straw they will use?

The people who live in the cities where these bans are considered get to answer this question. And to hold their elected officials accountable to act accordingly. It isn’t hard to imagine that in cities like Seattle, it is the will of the people to ban plastic straws. And while some may disagree with them, surely no one can deny their good intentions.

So as I read the article, I was horrified that the Trump campaign would mock this attempt to address a serious issue. Of course paper straws don’t work well. But 8.3 billion straws polluting the world’s beaches is a real problem. Would our president’s staff really mock liberals’ concern for the environment by promoting a product that actually harms the environment?

The Truth — and What We Can Learn From It

In order to understand the campaign’s position better, I went to an original source: the Trump campaign website. And that was where I discovered a single fact that shed a whole new light on the story. The “Trump straws” are indeed plastic, but unlike the plastic straws littering the world’s beaches, they are reusable, recyclable plastic — a critical detail nowhere mentioned in the article.

While the sale of these straws by the Trump campaign does still involve an element of poking fun at “liberal straws,” the real picture is quite different from the one painted by the media. The Trump campaign isn’t just thumbing its nose at legitimate environmental concerns. It is offering an alternative solution, since the paper straws are roundly acknowledged to be duds.

Here are two lessons we can learn from this case study on the straw wars:

The mainstream media is no ally to those who desire more honest, substantive policy discussions. They are the masters of “dialing up the culture wars.” That means we must look closer, and work harder, to find our real points of disagreement and talk about solutions.