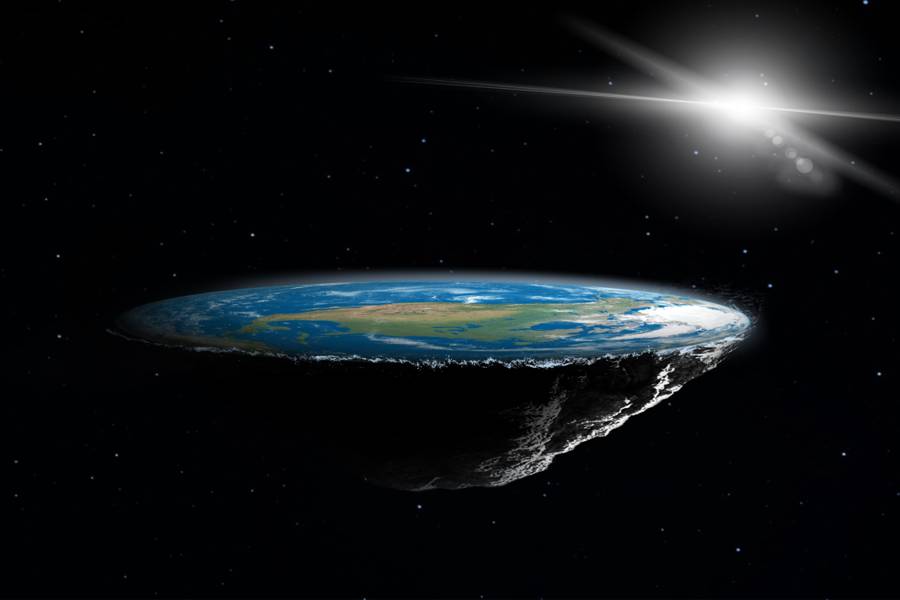 The problem with critical race theory isn’t so much that it’s complicated. Or that it’s revolutionary. Or that it’s trying to tear our world apart. The biggest problem with CRT is that it doesn’t live in the real world. It inhabits a different world altogether. They’re today’s flat-earthers.

Don’t confuse that with anything you’ve heard about blacks and whites living in different worlds. This has nothing to do with that. It’s about crits (critical race theorists) versus the rest of us. I’ve spent hours upon hours seeking to understand what crits are saying. For all its famous complexity, I think ultimately it comes down to something really quite manageable: the strangely one-dimensional way it answers six basic questions about reality.

You’re probably familiar with “worldviews,” often described as “lenses” through which we see reality. Each of us has a worldview. We might not have thought about it much, but we still have one, built upon our answers to six basic questions about reality:

I’ve studied CRT long enough to distill some answers out of it. Crits don’t usually articulate them, but they’re there anyway. CRT assumes:

Someone’s going to complain this lacks “nuance.” That same someone probably also believes if you say anything you think about CRT, then you have to say everything you think about it. And if you don’t, it means you never thought it. I’m cutting that off in advance: It’s a stupid thing to expect, and a stupid conclusion to draw.

Money and Power and a Flat World

Look at what they count as “justice”! Nothing else ever enters in. Not relationships, not love, not joy, not aesthetics, and certainly nothing eternal. Just money and power. In CRT’s world that’s all we need to measure, all we need count toward justice. So apparently nothing else matters.

Everything is for the short term. There’s no significant spiritual reality. Most importantly, though, nothing really matters but money and power.

Is that overstated, you ask? Oversimplified, maybe, sure. But look at what they count as “justice”! Nothing else ever enters in. Not relationships, not love, not joy, not aesthetics, and certainly nothing eternal. Just money and power. In CRT’s world that’s all we need to measure, all we need count toward justice. So apparently nothing else matters.

It’s a strangely flat, one-dimensional view of reality. And we’re all supposed to believe it?

Contrast that with the Christian worldview:

I don’t oppose CRT because I don’t like it. I oppose it because I’m convinced it’s wrong: Wrong at the roots, therefore wrong almost everywhere else.

This is much too quick again, of course. A full answer to item 5 would include everything from family to vocation to art and music to education to medicine, and on and on it could go. Nuance isn’t the point, though. There’s plenty there to show that CRT and Christianity view the world in very different ways.

Crits and Christians both want justice. Crits say it’s about equalizing money and power, and it has to happen now or it’s too late. Christians want justice now, too, but for us it’s about equal treatment under the law; and if we’re inadequate to achieve it now, absolute justice is still assured: God will take care of it in eternity.

If CRT’s worldview is right, then so is pretty much everything else it teaches. But that also means that the world is a very strange, flat place to live in. And you thought flat-earthers were fringe people? In this version they’re everywhere, and they’re trying to convert you and me. But their error is just as obvious as the original flat-earthers’.

So the reason I stand against critical race theory isn’t because I don’t like its analyses or its prescriptions. Whether I like them or not doesn’t matter. If a system is true, it’s true. But if it’s not sound at its roots, it can’t be sound in the branches. I don’t oppose CRT because I don’t like it. I oppose it because I’m convinced it’s wrong: Wrong at the roots, therefore wrong almost everywhere else.