The Story Behind the River 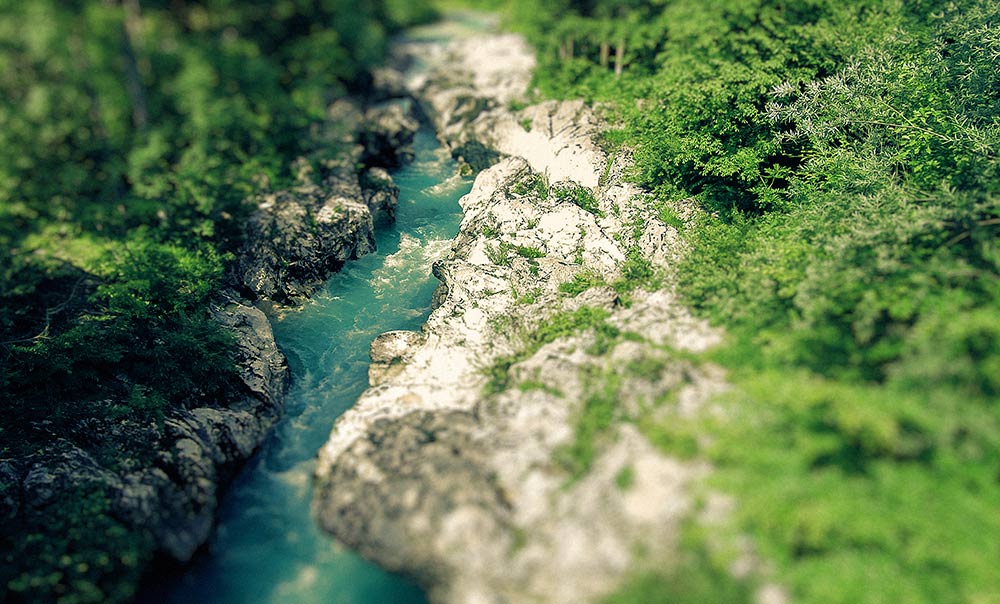 DUDLEY HALL — Life without stories is life without context, because stories form the culture of a people. People connect with a common story which gives them their meaning and identity. The defining story is not just one story, however, but a collection of stories that weave together in a way to provide context, purpose and meaning to a people. Thus, the people of God take their defining story from the Bible, which is itself a collection of stories intentionally woven together to give context, purpose and meaning to God’s people.

In observing the interwoven character of the Bible, it is wise to stop while reading a story and ask, “What is the story behind the story?”

One of the many intriguing stories interwoven in the Bible is about rivers. Genesis 2:10 introduces the plot, and Revelation 22:1-3 concludes it. There was a river flowing out of Eden that provided life for that which grew there. The biblical story begins in the Garden with a life-giving river and concludes in a garden with a life-giving river. In between, we discover the nature of life that God has prepared for his people. The rivers symbolize life because where there is water, there is life. Civilizations grow up around rivers. When the rivers stop or get polluted, life is threatened.

The prophet Ezekiel picked up on the river motif to confront Israel’s hopelessness when they were in exile. He spoke of a future when a river would flow from the Temple down to the Dead Sea and the desert. He saw the trickle from the altar that increasingly became a river too big to cross as it brought hope and life to a sea where no life could exist and to a desert that only needed water to flourish. The exiles needed something to hope for. Their history included the story of the miraculous provision of water gushing from a rock in the wilderness, but now they were dry. Ezekiel’s prophecy gave them hope. Though they were in the desert of captivity, there would be a day when the source of life would again act in their behalf.

They expected the revival Ezekiel prophesied to look much like the great exodus Israel had experienced under Moses. At that time Egypt’s power was broken over them, and they had become a viable nation with a growing economy and vast military might. It didn’t look like that, but Ezekiel’s vision did come to pass. This was a twist in the story that no one expected. After the destruction of Israel’s majestic Temple by the Babylonians, they could think of nothing greater than its physical restoration. At the end of their exile, a remnant went back to Jerusalem to rebuild it. They did, but it was nothing like what they had lost.

Four hundred years later a new Temple appeared in Jerusalem. Human hands didn’t build it. It was the greater Temple of God where God met with man by becoming a man. Jesus came. Those trained to view the Temple as a building of stones had trouble recognizing him as the Temple of Ezekiel’s vision. Most didn’t make the connection and died of eternal thirst.

One day when the Jews were celebrating their journey through the wilderness, Jesus attended. Their custom was to march from the Temple down some distance to the flowing spring, fill a vessel with water from the spring, and march back to the Temple. Then, they would pour the water on the altar, commemorating the water coming from the rock in the wilderness. Jesus stood up and cried out, “If anyone thirsts, let him come to me and drink. Whoever believes in me, as the Scripture has said, ‘Out of his heart will flow rivers of living water.’”

What had been symbolized in the Garden of Eden and had been prophesied by Ezekiel was fulfilled in Jesus, who is the rock out of whom flows the water that satisfies the thirst of everyone’s heart. But there is more. Now if anyone drinks of that water by trusting him as Lord, they become a channel of the water to all those around them. Like the prophecy promised, this water will go to any dead sea where no life exists and to every desert where flourishing can take place. This is God’s plan to bless the nations of the world. It is life that everyone needs; the kind of life that only flows from the presence of God.

The river is just one of many stories in the Bible that testifies to the big story that offers context for life. It is great to trace the story, but even greater to taste the water. Don’t die of thirst in your heart. There is a river!