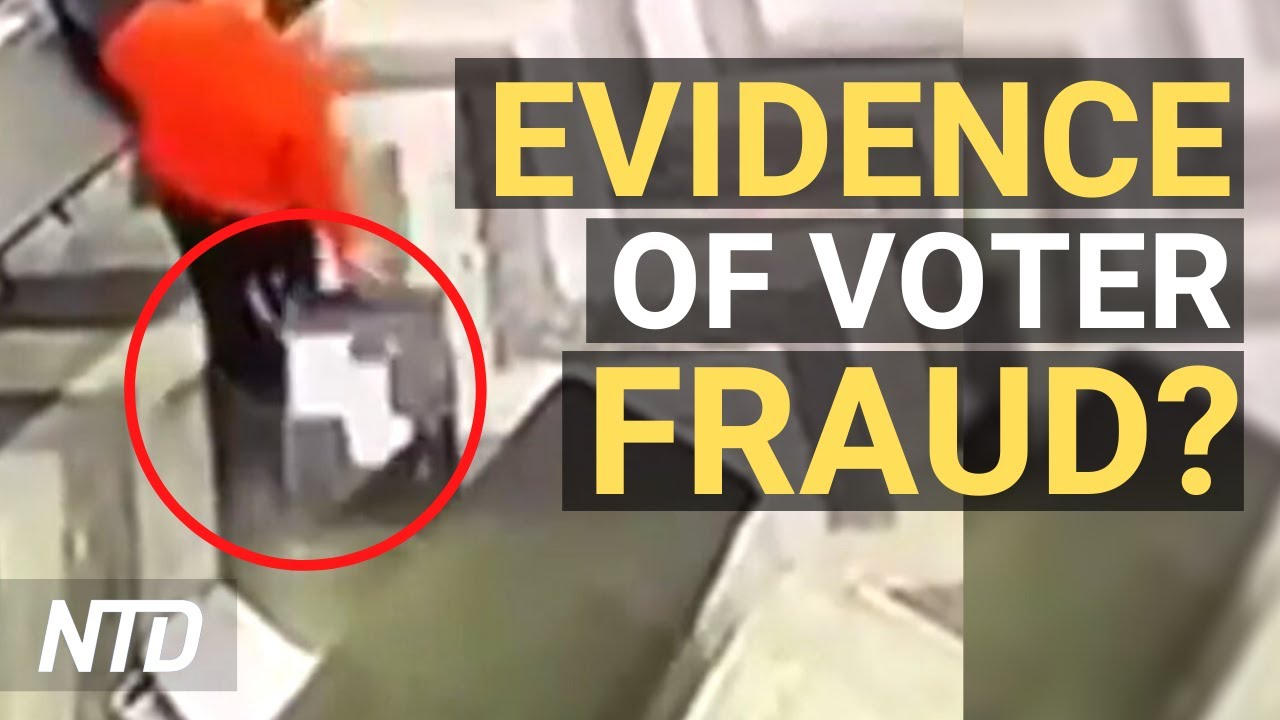 I know I’m not the brightest bulb on the tree, but I am getting the impression Democrats don’t want us to know the truth about the election.

Let’s take a look at a couple stories lost in the holiday shuffle.

Last week, the Arizona State Senate served the Maricopa County Board of Supervisors with a subpoena, ordering Dominion voting machines in the county secured, a forensic audit and a scanned ballot audit.

The Maricopa County Board of Supervisors ignored the subpoena. In fact, they are going to court to block the subpoena. Now why in the world would they want to block an effort to examine Dominion voting machines? What skin is it off their back? It’s not like they’d be the ones forced to give up holiday time to do the technical analysis. Seems worth it to have a few tech geeks put down the egg nog for a couple days just to assure voters the machines were clean and not compromised.

With Christmas parties cancelled, and travel discouraged, what else do they have to do anyway?

But no, Maricopa County officials are blocking the road to truth. Why?

See No Fraud, Hear No Fraud

You know why. They saw the results of a similar audit in Antrim, Michigan. That forensic audit revealed a 68% error rate — which allows for the manual “adjudication” of ballots — deleted security and adjudication logs, vote switching functions enabled, and on and on. In fact, Russell Ramsland Jr. revealed Saturday that the redacted parts of this company’s analysis indicate the results of some down-ballot races were switched.

Perhaps the Maricop-outs also saw a new analysis that indicates Joe Biden received an average of 5% more votes on Dominion machines than he did on other voting systems.

Well, except for the HART InterCivic voting system. Old Joe got 6% more on those machines. Guess who bought HART just a couple months ago? Delvin Talbott, the son of Clinton Machine fixture Strome Talbott. You knew Hillary had to be in the election debacle mix somewhere. Incidentally, HART was one of the companies NBC News highlighted in its 2019 report on lack of election security.

This analysis echoes the findings of insurance fraud investigator Ben Turner, who calculated Biden got a 2%-3% vote shift in counties that used Dominion machines.

Maricopa County doesn’t want anyone looking at the machines that generated that tally. Does their stonewalling make you more confident or less confident the election was on the up-and-up?

An official with the Michigan Secretary of State’s office is caught on video displaying a shocking lack of interest in voter fraud.

It happened during a “risk-limited audit” in Antrim County.

A female counter asks “So when we’re done with the audit, there’s still the opportunity to challenge the fact that we have multiple ballots with the very same signature?” she asks.

Nothing doing. When the two counters press the issue, they are again shut down. “That is not the process.”

Actually, this is the third video in Gateway Pundit‘s report. The first two show other shenanigans during that “risk-limited audit.”

Naturally, Michigan’s Secretary of State office is dubbing the article “Misinformation.” That’s the buzz-word workshopped before the election for any evidence which contradicts the official story, that Joe Biden won the election legitimately.

Two whistleblowers in Georgia who swear they saw election wrongdoing are paying the price of coming forward, Epoch Times is reporting.

Bridget Thorne and Susan Voyles witnessed abnormal activity during the election in Fulton County. Now both have been dumped as poll workers. Just weeks before the Senate run-offs.

Dwight Brower, elections consultant for the Fulton County Department of Registration and Election, notified the woman via email their contracts aren’t being renewed.

“I see it as a direct consequence of my being honest,” Voyles says.

“In that oath, we say that I will, to the best of my abilities, make sure there is no fraud, deceit — it kind of goes on down like this,” Voyles said. “So I saw what I was doing was an extension of my job as a poll manager. In other words, I had seen fraud, I had seen deceit, I had seen the things that in our poll reading we were warned to stay away from and to report if we see them. I did, and in this case, at this point, the truth was not received well.”

An East German or Iraqi-Style Election

Voyles swears in her her affidavit and in public testimony before state lawmakers that she found a batch of “pristine” ballots that were all marked exactly the same. No customary folds or bent edges. Approximately 98 percent of that batch were for Joe Biden.

Nobody gets 98%, unless your name is Saddam Hussein.

Thorne was a Fulton County voting technician. She testifies that ballots at State Farm Arena were mishandled.

“When they came in from the warehouse, they were haphazardly treated by anybody who wanted to dump the ballots out of the scanner tabulators,” Thorne told Fox & Friends. “There weren’t two people present. People were just dumping them in suitcases and then leaving the suitcases on the floor, and taking a break for dinner or just quitting the job.”

State Farm Arena was the scene of the infamous fake water pipe break and setting for the video proof of questionable vote processing after Republican and media observers were sent home.

Even Georgia Secretary of State Brad Raffensperger, whose own election actions have been dubious, wants the workers rehired.

“I condemn in the strongest terms the decision by Fulton County elections officials to fire two poll managers purely for raising concerns about the November elections,” Raffensperger Friday.

Raffensberger insists there’s no “widespread” election fraud in Georgia. (Of course, admitting the state was stolen would mean confessing he failed at his job miserably.) But is he even bothering to ask the obvious question as to why two whistleblowers would be axed?

“Shut Up,” They Explained

Intimidation. Two of the most public witnesses to Fulton County misdeeds have been figuratively hanged in the public square. What does that say to others who have proof of fraud but haven’t yet come forward? Who is going to risk his job – to say nothing of harassment and threats – especially when it seems cries of fraud fall on deaf ears?

Dispatching of pesky whistleblowers sends a very clear message: “KEEP YOUR MOUTH SHUT.” (The message is also being heard by poll workers who will be working the Senate run-off. Can anyone say “election interference”?)

The Sound of Democracy Dying

Don’t examine the election equipment you paid for. Don’t discard the fraudulent ballots you spotted. Don’t speak out on the misdeeds you witnesses. Don’t believe your own eyes. Don’t pursue the truth. Don’t dare question.

That is the message from the party that insists this election was on the level. That is not democracy. That is not America.

For this reason alone, it is crucial and in the best spirit of our nation that President Trump not give up the fight. Fortunately, Trump is clearly in no mood to surrender.

Peter Navarro releases 36-page report alleging election fraud 'more than sufficient' to swing victory to Trump https://t.co/D8KrMHnFdK. A great report by Peter. Statistically impossible to have lost the 2020 Election. Big protest in D.C. on January 6th. Be there, will be wild!

The President of the United States calling on his supporters to muster in Washington, to shout across the Swamp for Election Justice. January 6th is the day Congress meets to accept — or challenge — the electoral vote. Throw in a mass protest by patriots, and the day will, indeed, “be wild.”

If we cannot secure this election tally, we cannot guarantee we’ll ever again be able to secure our liberty. For ourselves or anyone else.