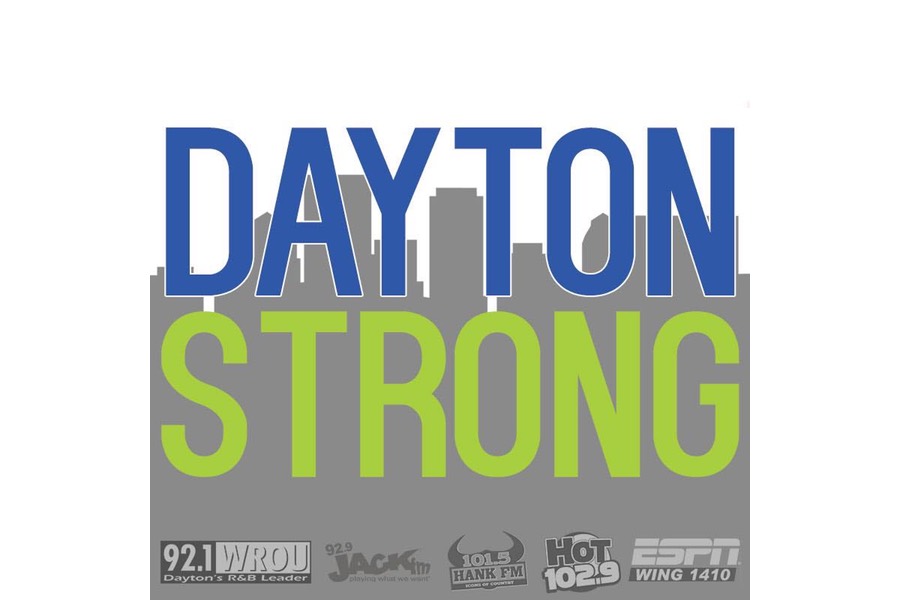 Local radio stations are among many proclaiming "Dayton Strong"

“The churches made the difference.” That was the word on August 15, when about 30 Christian leaders from around the Dayton, Ohio area gathered to hear a retrospective on relief efforts following Dayton’s devastating Memorial Day tornadoes.

I was there as one of those Christian leaders. I had no idea what a significant time that luncheon was going to be for me.

The meeting was mostly about the tornadoes — although the hail of bullets was still very fresh on our minds. It still hurts badly, having it hit so nearby. Yet the word around the Dayton area these days is #DaytonStrong. Hearing firsthand from first responders, relief workers and other leaders — even including one pastor whose home’s roof was blown off by the tornadoes — brought that strength home to me like never before.

The whole country knows we’ve been through devastating tornadoes and a heart-wrenching mass shooting here. Fewer know what happened on May 25, two days before the tornadoes. Larry Lane, Montgomery County Sheriff’s Resource Officer, hadn’t forgotten. The first of several speakers, he opened our time by reminding us that the KKK had held a rally on the Saturday of Memorial Day weekend.

Law enforcement had spent months preparing for it, he said, but it was the faith community that came out in force to say “no” to the Klan’s hate. That cooperative church effort, he said, actually helped pave the way for churches’ major role in tornado relief. It was a definite “God thing,” in his words.

And it was “a miracle,” he added, that no one died in Montgomery County, and there were relatively few serious injuries. (One person did die in another tornado that night in Celina, Ohio, north of Dayton.)

Police and fire services led immediate search and rescue efforts, said Lane, but it was the churches that took the lead in relief work that followed.

“Call After Call” from Churches Asking to Help

Sandra Brasington, western Ohio regional liaison for Governor Mike DeWine, echoed him on that. The governor’s office received “call after call” from churches the day after the tornadoes, she said, asking what they could do to help. The governor’s office main role, she said, was in coordinating information. When it came to helping on the ground, though, it was churches that led the way. She called it a “God-driven response.”

Susan Sparks, Chief Business Development Officer for the Red Cross in Dayton, told the group “the devastation was overwhelming, but people are resilient.” The Red Cross served over 27,000 meals and delivered some 1,700 cleanup kits. But “we couldn’t have done it without the churches,” she added.

City-Wide Church Cooperation Before and After Tornadoes

Caleb Ingram spoke for Declare Dayton, a city-wide church cooperative network which, on April 6, 2019, had led in what Mayor Nan Whaley called “the biggest cleanup in the history of Dayton.” When the tornadoes hit Dayton less than two months later, Ingram realized immediately they had “no legitimate option but to stand up and help again.”

More than 3,000 people volunteered in response to Declare Dayton’s coordination efforts. “I don’t know of a church that didn’t have people come out and help,” he said.

The meeting’s final speaker, Pastor Darrico Murray, shared the most personal word of all the speakers. He and his family had been vacationing in Florida on the day of the tornadoes. They returned from there to a home they could only enter by climbing in through the front window. There was a tree in his daughter’s bedroom.

His neighborhood in Dayton’s Trotwood area was devastated. He advocated for his neighbors, he said — and the churches came through. He called it “the most amazing thing I’ve seen in my lifetime.” (See Pastor Murray in the video below.)

Dayton is still reeling. Several speakers touched on Dayton’s most recent tragedy, the August 4 mass shooting. Meanwhile tornado recovery continues. Families displaced by the tornadoes are still finding new homes, at a rate of thirty to forty a week, and churches continue to help them with basic needs, up to and including new furniture.

Yet Dayton remains “Dayton Strong.” Churches are uniting for service here like never before. As one of Pastor Murray’s neighbors told him, “All the love here has shown me this city is still alive.”

Dayton Prayer Update, After the Tornadoes