Steve Bannon, Elizabeth Warren, and the Scam That Sparked the Trump Movement 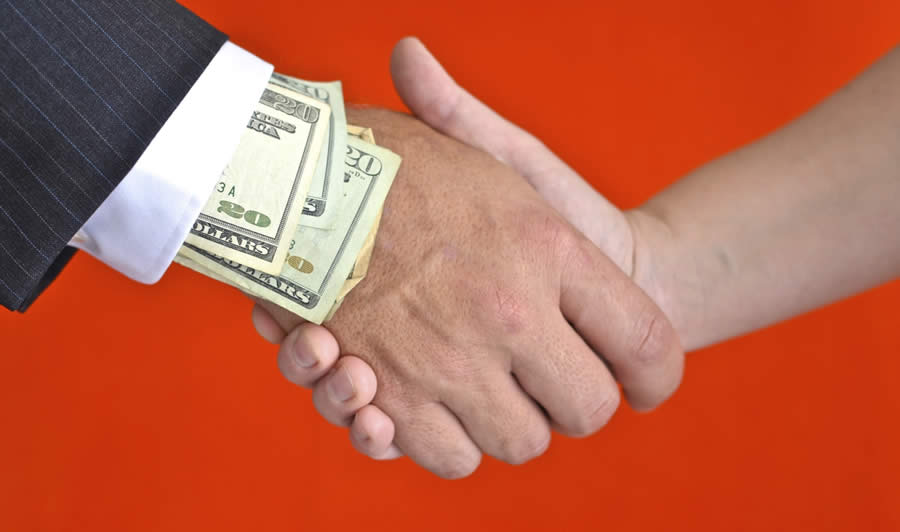 The financial crisis of 2008 was a moral catastrophe. The outrage it stoked gave us Barack Obama in the short run, and Donald Trump in the long-term.

That economic collapse was not some mysterious event we can’t explain. It was all too predictable to honest people who hadn’t clotted their minds with abstract theories and mathematical magic. It was the fruit of big corporations taking reckless risks with their money, confident that if things went south, the taxpayer would bail them out.

And so it did.

And that they would escape any legal or financial consequences.

And so they did.

Almost nobody went to jail. Almost nobody went bankrupt. In fact, no Wall Street executives lost their pensions or even their golden parachutes. Meanwhile, the real economy where people work hard, make things, take care of sick people, teach kids school, or sell them cars? It fell into a coma. Millions of innocent people lost their jobs. Economic growth virtually flatlined, for eight long years.

Somebody Paid the Price.

And that had consequences. Hundreds of thousands of blue collar Americans got divorced, avoided marriage, decided not to have kids, or got addicted to opioids. America’s birth rate is still at a 30-year-low. Blue collar wages haven’t risen in purchasing power since 1980 — whatever gains they’d made were wiped out in 2008. Ordinary people like me saw our 401ks collapse in value. So much for ever retiring…. We will work until we drop.

Nobody missed a vegan meal in the Hamptons or Park Slope, though. Tenured social justice warriors at elite colleges saw tuition (and their salaries) keep increasing, while their teaching load get lighter. The people who oversee “infallible” algorithms on Wall Street kept getting richer, as if nothing had happened. The regulators and social engineers who trade in identity politics and envy kept accumulating power, as if nothing had changed.

The Gambling Spree that Broke the Economy

But something had changed. Steve Bannon saw it. As he told New York magazine:

At eleven in the morning on September 18th of 2008, in the Oval Office, when the secretary of Treasury and the chair of the Federal Reserve told the president of the United States, “We need a trillion dollars by 5 p.m.” — boom. That lit a match, and the explosion was Trump.

Big banks had gambled on huge mortgages offered to unemployed grape pickers, like red-eyed compulsive addicts at Vegas. But with other people’s money — with the taxes paid by blue collar workers and small businessmen, the backbone of America.

Big banks had gambled on huge mortgages offered to unemployed grape pickers, like red-eyed compulsive addicts at Vegas. But with other people’s money — with the taxes paid by blue collar workers and small businessmen, the backbone of America.

That backbone was getting drained of fluid, of course, by one-sided trade deals with totalitarian enemies like Communist China. To ward off another Great Depression, they claimed, the bigwigs of Wall Street and Washington colluded in a massive bailout. They rewarded the men who’d tanked the U.S economy. Those fatcats kept the huge bonuses they’d earned at the poker table, risking the taxpayer’s money.

In return, Democrats got to slap a few thousand more regulations on the big banks — which of course companies like Goldman Sachs can afford to hire the lawyers to get around or profit from. Smaller banks? They can’t. No wonder that in the wake of those rules, small banks all around country are failing and getting bought up by … “Too Big To Fail Banks” which are guaranteed federal bailouts, whatever they do. Nice work if you can get it.

Ordinary people might be busy, but they aren’t stupid. They saw what happened. As Bannon said, they realized that they’d been conned:

We took away the risk for the wealthy. Look, you have socialism in this country for the very wealthy and for the very poor. And you have a brutal form of Darwinian capitalism for everybody else. You’re one paycheck away from oblivion. Do you think the founders of this country, you think that’s what they wanted to have in the 21st century?

The Rules of the Scam

Philosopher Nicholas Nassim Taleb has the distinction of having predicted the 2008 collapse. He was so sure it would happen, that he bet his life’s savings on it. He collected. And since then he has made it his life’s work to expose its roots. He lays them out in brilliant books such as The Black Swan, Antifragile, and Incerto.

The rules of the con are simple, if sickening: The “smartest” people in America figured out some time ago the easiest way to accumulate wealth and power:

Of course, both the pseudo-free market Wall Street “right” and crony socialist Washington, D.C. “left” benefit from this arrangement. It’s the rest of us who get fleeced.

Bannon lays much of the blame for the corruption of Wall Street and the hollowing out of America’s productive base on a narrow-eyed, blinkered focus on short-term corporate profit. He said:

When I got to Harvard Business School in 1983, a bunch of professors were coming up with a radical idea that’s had a horrible negative consequence on this country and to the fabric of our society: the maximization of shareholder value; this was preached as High Church theology. The whole thing of the financialization of Wall Street, of looking at people as pure commodities and of outsourcing and globalization, came from the business schools and the financial community that had these radical ideas, and nobody kept them in check.

Go back and look at the postwar period. These companies had profit margins, and they traded on Wall Street, but there wasn’t this maniacal focus on the financialization. Companies forgot about the social fabric, forgot about your workers. Everything became commoditized. That led to the financial crisis of 2008. It all came home to roost.

Instead of building long-term value in companies, corporate executives increasingly got rewarded for just one thing: Raising the corporate earnings over the previous financial quarter. Their bonuses were tied to that. That became the sole criterion for buying or selling stocks. I learned that as a reporter at Investor’s Business Daily, shortly before the burst of the Internet bubble in 2001.

Restoring the Social Contract that Made America Great

It’s a sobering analysis. Bannon’s answer? To remind companies how much they benefit from the civic goods America provides (rule of law, low taxes, secure property rights). Use trade deals and immigration enforcement to raise blue-collar wages, so that ordinary people once again really do benefit from economic growth. To break up huge banks: If they’re too big to fail (without a taxpayer bailout) then they’re too big to exist. They’re a clear and present danger, and that’s why we have antitrust laws in the first place.

While some free market purists squeal as if Bannon wanted to collectivize all the farms and shoot the kulaks, in fact his plan does not really grow the government. It doesn’t even threaten productivity. What it does do is restore the classic synergy between ordinary citizens and the investor class. Oh yeah, and it might raise blue collar wages and employment, as Trump’s policies seem to be doing. Sorry about that, fellas!

The Cher of crony socialists, Sen. Elizabeth Warren, has shamelessly stolen Bannon’s analysis. (For the full story of Warren’s cronyism, see Jay Richards’ book, Infiltrated.) Her recent op-ed in the Wall Street Journal would have gotten her expelled from Rutgers for plagiarism. But of course her prescription is different.

As you might have guessed it doesn’t entail investors bearing the brunt of their own risky decisions. It doesn’t force executives to have their own skin in the game. It doesn’t diminish the constant influx of low-skill workers. Or address one-sided trade deals.

Instead it offers … wait for it … more regulations that corporate execs can game for loopholes. It demands that corporations pack their boards of directors with members of labor unions. (See what they’ve done for the auto industry! Let’s invite their expertise everywhere.) In other words, it’s a recipe for economic sclerosis, backroom deals, and massive cronyism. Meanwhile, bailouts are still guaranteed for the “Too Big To Fail” outfits that jump through all her hoops. But Warren has larded her plan just enough social justice rhetoric that leftists will fall for it.

Will ordinary voters? We’ll find out in the mid-term elections on November 6.

The Thing That Worries Me About Donald Trump in 2020