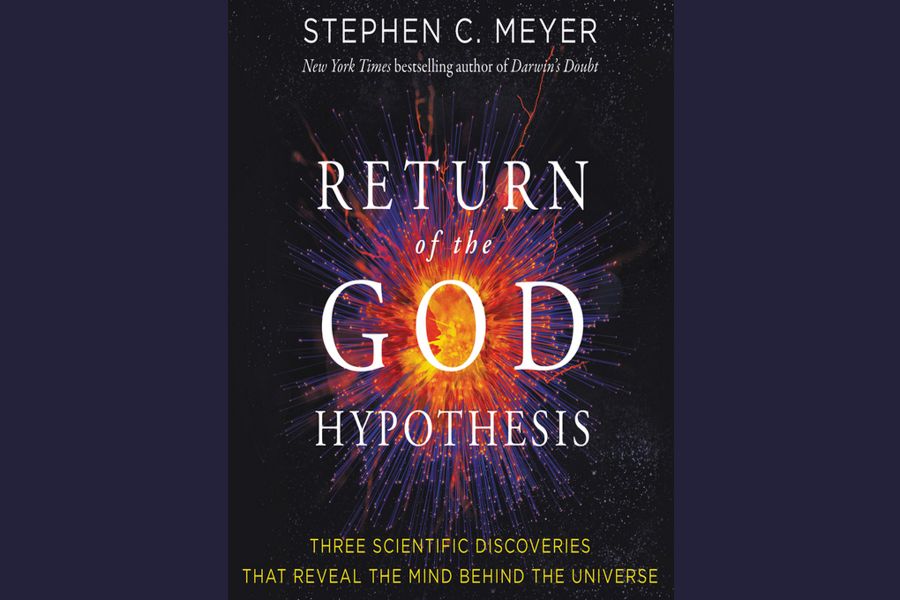 It’s just so satisfyingly complete. Stephen C. Meyer’s The Return of the God Hypothesis: Three Scientific Discoveries That Reveal the Mind Behind the Universe tells a story of science coming back full circle.

In science’s earliest days, Christianity was its greatest friend and supporter. From the start of the so-called modern era, though, the two were supposedly at each other’s throats (and supposedly always had been). Now the two are returning to their proper and real friendliness. Theistic religion, says, Meyer, strongly supports science, and science strongly supports theistic religion.

It was in fact always so, or at least should have been. If you’ve heard otherwise, you’ve heard both history and science told falsely. The supposed warfare between science and religion was “nineteenth-century historical revision,” in Meyer’s rather restrained words.

Science and Christianity as Friends

The Scientific Revolution was fueled by Christian Europe’s belief that God made nature to be appreciated and understood. That’s what it took for them to begin the huge undertaking we now call science, and it’s not something you’d have found in any other worldview of the day.

The earliest modern scientist wouldn’t likely have spoken of a “God hypothesis,” as they weren’t invoking science to demonstrate God’s reality. Their science grew out of their understanding of God. Even Isaac Newton’s Principia, arguably the greatest scientific work ever by the greatest scientific mind ever, was formulated, says Meyer, “as an explicit expression of his theology of nature.”

Science and Christianity as “Enemies”

Hardly anyone knows that now. Instead we “know” that since the late 18th century or so, science has shown over and over again that the universe is a clockwork mechanism for which no God is necessary. Science became our savior, and science depends on excluding God from its considerations. Let the supernatural in through the lab door, and science must flee out the window.

Not to worry, though: The scientists knew enough to keep that door guarded. Science made God “superfluous,” as atheist zoologist Richard Dawkins put it once. And a superfluous God is no God at all. There was no place even for a hypothesis of God.

Trying to Bar the Door Against God

Except a strange thing started happening: No matter how hard scientists leaned against the door, God kept finding His way into the lab anyway.

Oh, they’ve tried. Once they learned that the universe had a beginning — which sounds way too suspiciously like the opening chapters of the Bible — they came up with daunting theories of quantum gravity, cosmic inflation, and multiverses. Thus nature had everything it needed in itself to create itself, they say.

And of course Darwin had already showed how life could have evolved with no help from God. Scientists are even within a moment’s time of discovering how the first life originated naturalistically. And continuing discoveries in the fossil record keep on showing how life’s species developed gradually over the eons.

These are things we “know” about God and science. Between them they are more than sufficient to put the God hypothesis completely to rest.

God Finds His Way In Anyway

Except none of it is remotely true. Not even close. Meyer examines each of these ideas thoroughly and completely, and shows how futile the effort has always been to bar the door against God.

Here is part of what give Meyer’s book that satisfying sense of completion: He knows very well, both in breadth and in depth, what stands in the way of the God hypothesis. He knows the assumptions the objections depend on, the experiments that support them, the history behind it all, and the trajectory on which it is tracking.

In every case, that trajectory is now running in favor of theism. Science once dealt with matter and energy and laws. More and more now, they have to expand that to include information.

There’s the encyclopedic information contained in every DNA molecule, for starters. It goes much further than that, into the information it took to build a universe like ours, where life is even possible. It’s in the fossil record’s otherwise unexplainable gaps, persisting to this day, in contrast to Darwin’s predictions that they’d all be filled in soon enough.

Information that produces complex functions always signals the presence of a mind. Information on the scale of life and the universe signals a mind on the scale of God’s. This is where science is taking us now, not by way of growing gaps in what we know, but rather by every step forward in our understanding of nature.

Meyer lays out that increasing knowledge deftly. It’s a work for the well-read layman, and it’s immensely readable on that level, as all Meyer’s works have been. So it’s not written primarily for specialists. Still, though, you can see that in the back of his mind he’s always interacting with them, meeting them on their level and ours at the same time, with real grace and yet with considerable power. He’s studied the specialists. If they have an objection, he knows it already, and he answers it. It’s that same completeness, again.

It’s an ambitious work Meyer undertakes here. Its scope is mind-boggling. The God hypothesis seemed gone for decades, if not centuries, as far as mainstream science was concerned. Some scientists still give it nothing but ridicule. Meyer stands up against all that, with courage and with real competence.

The God hypothesis is back, back where it belongs, back where was in science’s beginnings. It’s come full circle. Completely.

Tom Gilson (@TomGilsonAuthor), returning today after a bout with sciatica, is a senior editor with The Stream and the author or editor of six books, including the recently released Too Good To Be False: How Jesus’ Incomparable Character Reveals His Reality.

No Sign of Scientific Progress in the Middle Ages — Right?