Marriage: The Only Real Answer to Sex Stealthing, and Stealthy Sex 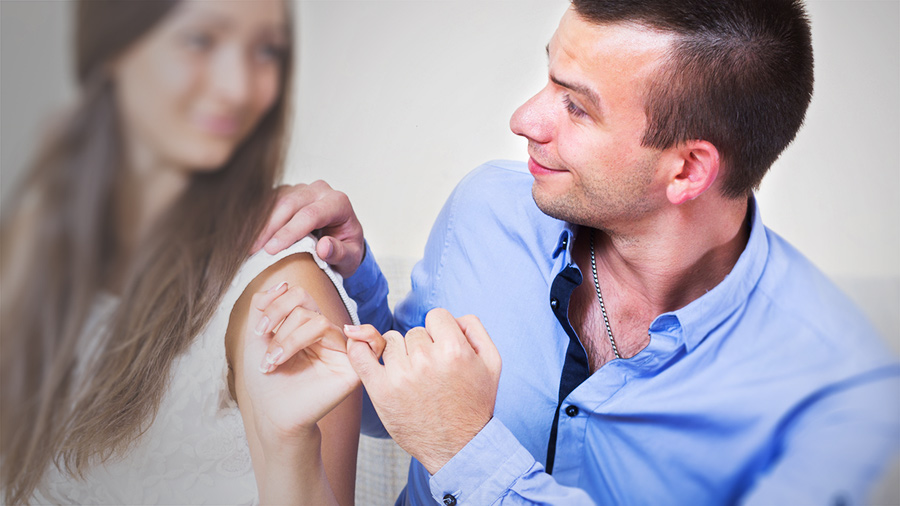 You will not have thought of this. You will not have imagined that anyone would do it. Stealthing, it’s called. The New York Post reports that some men take off their condom during sex without telling the woman. Some homosexual men do the same thing to their partners.

All the partners can do is negotiate terms. Even that doesn’t really work. It’s sex.

The victims worry about getting pregnant or getting a disease like HIV, says a Yale law student in the Columbia Journal of Law and Gender. They feel violated and lied to. Any of us would.

As the writer, Alexandra Brodsky, puts it, “the survivors experienced the condom removal as a disempowering, demeaning violation of a sexual agreement.” They felt it “as a clear violation of their bodily autonomy and the trust they had mistakenly placed in their sexual partner.” In the legal language she uses, it’s also “a dignitary harm.”

Her Preganancy, Her Disease, Her Burden

It happens in that weird grey area of modern sexuality, where people enjoy the most intimate acts without any real commitment. One young woman quoted in the article explained:

In November, I’d been seeing this guy for a couple weeks. … We’d been sort of dating and we were hooking up at his house and he was like, “oh, I wanna have sex without a condom.” And I was like, I’m really not ok with that, I’m currently not on birth control. My exact words were “that’s not negotiable.”

He violates the agreement and they “kinda fought about it” (kinda?). She refuses to see him again. Even so, he tells her, “Don’t worry about it, trust me.”

That stuck with me because [he’d] literally proven [himself] to be unworthy of [my] trust. … There is no situation in which this is something I agreed to do. Obviously the part that really freaked me out …  was that it was such a blatant violation of what we’d agreed to. I set a boundary. I was very explicit.

Another said her boyfriend did it — her boyfriend — and didn’t care that she might get pregnant or sick. “None of it worried him. It didn’t perturb him. My potential pregnancy, my potential STI. That was my burden.”

All the stories run like that. Some of the men lie instead of saying outright they don’t care. They wanted to do it and they did it. Whatever they told the women beforehand, they cheated them. A lot of them justify themselves by saying men have a right to do this because that’s what males do.

They don’t particularly want to get the woman pregnant. They just want to do what they want to do, and they don’t care what happens to the woman.

Stealthing outrages Brodsky but she does not offer an answer. All she does, and can do, is try to find a way the victims can use the law against the men who tricked them. That proves very hard to do. Anyway, it only helps afterwards.

When people share their bodies without commitment and trust, bad things happen. All the time. And predictably. Stealthing, for one.

The real problem — the problem someone like Brodsky can’t solve — is that weird grey area of modern sexuality. It lies between the security of marriage and the culture’s ideal of complete abandon. (Which is an imitation of marriage. A deceitful imitation, but still, an attempt to get the ideal.) Between the two lies the reality of unmarried, barely committed sex.

Marriage and the culture’s ideal assume trust. You’re giving your body to someone you believe will treat it well. But in that grey area between them, where people share their bodies without commitment and trust, bad things happen. All the time. And predictably. Stealthing, for one.

And from their point of view, why not? If one partner cheats, the other can’t really enforce the terms of their contract. He hurt her, but what’s it to him? She can’t go to the police knowing she’ll get justice. It’s her word against his. If the police believe her, will the prosecutor take the case? If he does, will a jury convict? Even if the jury convicts, she still might be pregnant or sick.

Though she does not seem to know it, Brodsky tries to sustain the system that lets the creeps stealth. She takes it as a given, a norm, even a good, that women will happily give their bodies to men they can’t trust. She assumes that even sexual intimacy is a matter of contract.

It will never be that. Men, and women, will break the contract when it suits them. Even good men, and good women. It’s sex. Predators will take what they want. People who really don’t want to lie to others or hurt them, do lie and do hurt them.

You want truly “safe sex”? Sex safe from stealthers? Save your body for marriage. Give it only to someone who has made that commitment.

Married people hurt each other a lot, sure. But you know what? Not too many married men stealth.

For more on the advantages of marriage, see David Mills’ The World Thinks Sex is Boring. Follow him on Twitter at davidmillswrtng.

We Can’t Escape Consequences — But We Can Chose Joy