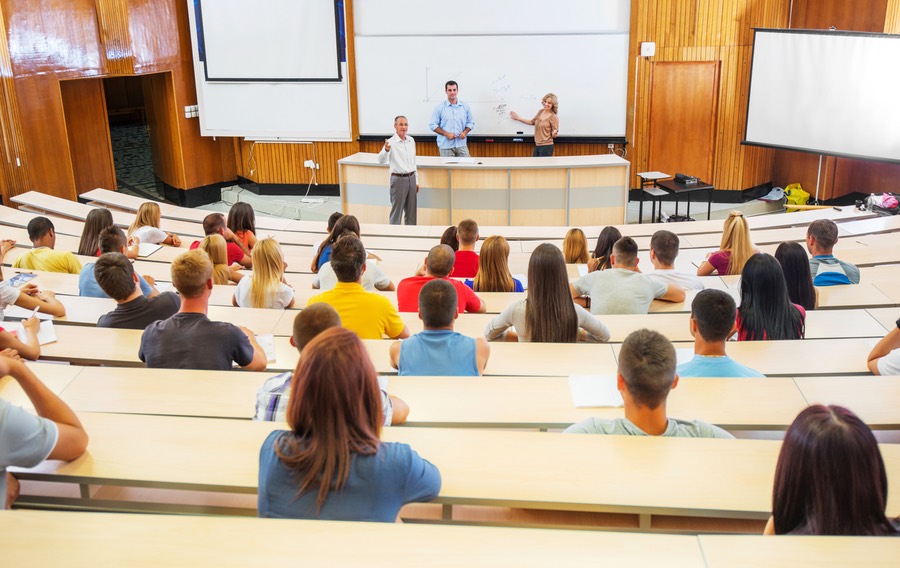 How should Christian and other conservative college students plan for life on campus? Yesterday we published comments on university culture, given us by an anonymous staff person at the Michigan State University Libraries.

Today we complete that interview with this staff person’s insider look at how students should prepare for that life. (Much of this also relates to pre-college preparations; useful for parents’ and students’ planning for next year.)

Staff Person: Probably 99 percent of parents do not check out a school’s spiritual environment. They should. They should become aware of what the culture is like.

To prepare their kids, if at all possible they should send them to a worldview training course of some kind, for example, Summit or Impact 360. It’s so they’ll know how to recognize things before they get hit with them. Because the moment they step on campus, they’re going to be hit hard and strong with it. The student is going to think “Well, I’m just uncomfortable because I’m new on campus” They won’t realize it’s God making them uncomfortable with all the perversion and sin that’s going on.

Get Involved with Christian Groups

And then before the student goes to campus, the parent should call as many Christian ministries on campus as they can. They should interview them and find two or three that sound like they would be good for their students. The student participate in doing this.

The student should covenant with the parents to get involved in one of these Christian ministries right away; to try all of the ones they’ve researched and decided on together. Then by halfway through the first semester, they should have connected with one of these groups with a commitment to stay.

Because the moment they step on campus, they’re going to be hit hard and strong with it.

The Stream: I’ve also heard of parents telling their kids, “I won’t be hovering over you at college. You’ll be away from home, and that’s for real. But I am going to require this: For your first two weeks there, you must attend church both weeks, and you must attend a good campus ministry meeting both weeks. And I’m serious about this. It’s just for two weeks. But if you don’t do that, I will cut off all your funding permanently and without any recourse.”

SP: I think that’s an excellent way of approaching it.

Prepare to be Indoctrinated

The Stream: What would you say to students about preparing for college?

There are a lot of things they’ll ask you to do that are part of indoctrination, not orientation.

There are various community-building events that are going to go on in all of the dorms, for example. Pretty much every single dorm on campus now is co-ed, and the events will be co-ed events. The school looks at it as breaking the social barriers and getting people to know each other, but it’s actually breaking boundaries between people as well: the safety boundaries.

The biggest sin is to see women as different as than men, except if you’re saying how bad men are.

So the student needs to be prepared. In orientation, they’ll ask students to fill out a name tag and put their preferred pronouns on there. What are you going to do? You could go along with it, and put on the pronoun that matches your sex. But you still need to be aware of what they’re indoctrinating you into, by asking you to do that. Because it’s actually a denial of truth. It’s saying the way you’re made, your biology, is irrelevant to your identity.

The Stream: What about students returning this fall?

SP: To a student that’s already there, the biggest thing is if they’re not involved in a Christian ministry, they need to slap themselves upside the head and get involved.

At MSU there are quite a few good Christian ministries. In fact, there’s a new one I know of at MSU. The Salt Company is starting in the fall, probably with 300 to 350 people attending their meetings every week. They’ve actually brought in a team of about 40 students who’ve transferred here from their home school of Iowa State, specifically to start the ministry. It’s a very missional thing. There’s an equal number of families that are moving here to help start the church that goes along with the ministry.

I would not be into that kind of a ministry, because they’re going to be doing a lot of the more event-driven things, which doesn’t meet my needs. But I’d rather have people involved in that ministry than the ministry at all.

I’d also encourage them to try out some of the small ministries. The Christian Challenge on campus probably averages 8 to 10 students to meeting every week. But if they get involved in Christian Challenge they can become great friends with the directors, and have them walk beside them day by day helping them with whatever they need help.

There are advantages in the big things, if your main purpose in a Christian group is to meet a spouse, go to one of those big groups, you’re more likely to do it. If your purpose is to be challenged and grow in the Word, look at a medium to small group that is actually going to know who you are and be able to challenge you in your walk.

Learn to Write What’s True and What Passes, Too

The Stream: What about the academic side?

SP: Students need to plan in advance how they’ll write papers. When it’s a multiple choice test or fill in the blanks type test it’s pretty easy; you just answer what they want filled in. But when you’re writing a paper or an essay test, you need to answer it in such a way that it satisfies a professor, and yet doesn’t compromise your beliefs.

So students need to get good at writing things from the perspective of saying “This author book says this, Dr. Jones says that,” and not saying you agree with it. It’s just what these authors say, not what you believe.

Students need to get good at writing things from the perspective of saying “This author book says this, Dr. Jones says that,” and not saying you agree with it. It’s just what these authors say, not what you believe.

There are some good professors still, who are liberal, but if you approach them with an honest response, an honest well-thought-out argument, they’ll appreciate the fact that you’re talking it through with them.

Now, unfortunately, the number of professors who are willing to have that type of dialogue is getting smaller and smaller all the time.

There was a survey I heard about this week, out of the University of Michigan, Flint (if I remember right). They asked why professors in various departments would or would not hire someone from a conservative point of view. For those who said they wouldn’t hire a conservative, the majority of answers were, “Why would we ever hire someone who’s teaching nonsense?” And so right off the bat, they’re discounting any conservative viewpoint.