Starting the School Year Right, With Both Science and Scripture in Your Backpack

The two books — the book of nature and the book of Scripture — when rightly understood, cannot be in disagreement. Because they were written by the same Author. 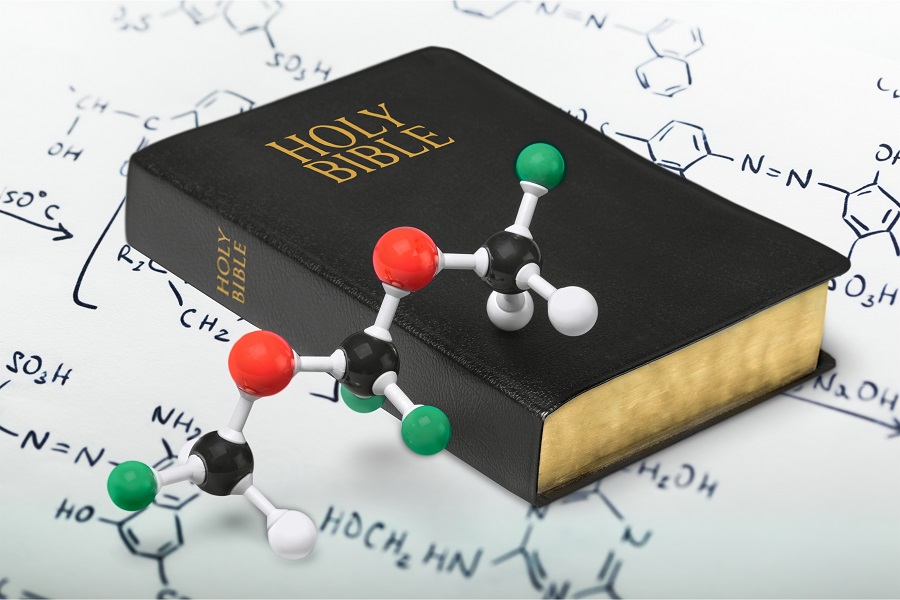 If you’re teaching science or math at a school where you’re free to express your faith, what are some thoughts you might want to offer at the start of a new school year?

Science and Math Point to God

I’m lumping science and math together because the world we find ourselves in is both orderly and mathematical. We observe patterns in nature (science), and then discover that these patterns can be expressed in the language of mathematics. Albert Einstein said that “the most incomprehensible thing about the universe is that it is comprehensible.” He regarded this as a miracle.

The laws of science imply a Law-giver. Why is there an orderliness to nature that can be expressed in mathematical equations that our minds can understand? Where did these patterns come from? It’s no small thing: Consistency in the natural world is what makes the study of science even possible.

The Psalmist puts it this way: “The heavens declare the glory of God, and the sky above proclaims his handiwork. Day to day pours out speech, and night to night reveals knowledge” (Psalm 19:1-2). God is revealing things about Himself through the universe He created. His power, wisdom, creativity, orderliness, and goodness are on full display. So much so that we’re without excuse if we deny that what we see in nature points us to God (Romans 1:20).

But doesn’t belief in God require faith? Doesn’t Hebrews 11:3 tells us that it’s “by faith we understand that the universe was created by the word of God, so that what is seen was not made out of things that are visible.” Yes, but biblical faith is not opposed to reason. It’s a faith that’s based on reason. It’s a reasonable faith. Because it takes far more faith to believe that the things we see made themselves.

All Truth is God’s Truth

But wait, Dr. Sproul noted, isn’t it the same God giving the revelation? If one is infallible, the other must also be infallible. Our understanding can be off, but the revelation itself is infallible. When people thought the earth was flat, or that the sun revolved around a stationary earth, they did so because of a misreading of the Bible. An accurate view of God’s general revelation in nature corrected a flawed view of God’s special revelation in Scripture. But the two books — the book of nature and the book of Scripture — when rightly understood, cannot be in disagreement. Because they were written by the same Author.

We Should Study Science and Math

The Author of the two books calls us to study both books. But this article is about the book of nature — the mathematical world of science. God told our first parents not only to fill the earth with offspring, but to “subdue it and have dominion over … every living thing that moves on the earth” (Genesis 1:28). The only way such dominion could occur is by observing and studying natural phenomena — figuring out scientific principles by everything from trial-and-error, to carefully designed experiments, to accidental lucky strikes, like the discovery of penicillin — to see how God made His creation to work. The scientific principles we discover can then be harnessed to optimize food production, transportation, medicine, even turn sand into computer chips for laptops and cell phones.

To study science and math is to study God’s handiwork. To make advances in these disciplines makes good use of the mental faculties that God has entrusted to us. Scientific discovery is a way to love and serve others in that such discoveries pave the way for innovations that improve our quality of life in countless ways.

It’s God-like to invent and create, to harness the laws of science for the good of others. And that’s to be expected, because we’re made in God’s image.

We all approach science and math with presuppositions. Many scientists and mathematicians today are atheists or deeply agnostic. They have no explanation for why nature (science) is mathematical. All they can say is that it’s a mystery. That’s because, for them, math isn’t a language of God. It’s an emanation of the human mind, the collective outcome of accidental atomic vibrations. Why should math so effectively describe the natural world? This question has baffled scholars over the years.

Bertrand Russell, a famous philosopher, mathematician, and 20th century atheist, called math a subject “in which we never know what we are talking about, nor whether what we are saying is true.” If there’s no Law-giver standing outside the world of science, first creating and then sustaining the universe by the word of his power (Hebrews 1:3), math should not work. It shouldn’t correspond with what we see in the natural world. And yet it does.