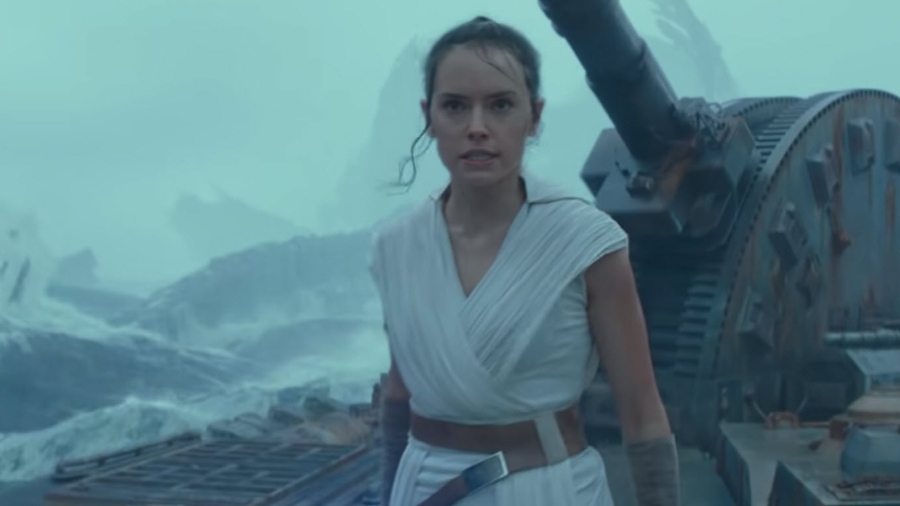 In 1977, Star Wars came upon the silver screen seemingly at the speed of light. Influenced by Arthurian legend and Flash Gordon, George Lucas crafted a mix of science-fiction and fantasy. Generations later, the Skywalker story concludes with Star Wars: The Rise of Skywalker.

Thereafter, the flame of resistance is but embers. Overwhelming loss reveals the need for continued “eucatastrophe.” A sudden, unexpected turn of events that avoids impending doom is the only hope. It’s a term coined by J.R.R. Tolkien, author of The Lord of the Rings.

A dangerous mission has Finn and Poe Dameron tracking a First Order spy. Meanwhile, Rey continues her Jedi training alongside a surprising source of Jedi wisdom.

Kylo is offered a path to rule a new Empire. One thing is required: eliminate Rey. This ultimatum leads to confrontations focused on both the connection between Rey and Ren and lingering questions of her origin.

This film underscores the wise words of Ronald Regan: “Freedom is never more than one generation away from extinction.” Much like The New Shadow — Tolkien’s unfinished sequel story to The Lord of the Rings — the sequel trilogy highlights the danger of seemingly defeated evil reasserting itself. It affirms King Solomon’s wisdom of “nothing new under the sun” from Ecclesiastes.

Return of the Skywalkers

Much like Darth Vader (James Earl Jones), Ben Solo is conflicted. His conflict centers on denying the truth and love of his family, much like his grandfather did. Ultimately, the wisdom and love of a mother and father turn the tide for a new generation.

Meanwhile, Rey is forced to confront her own family. The reveal of her heritage puts her on a path into exile. The return of her former teacher puts her origin into perspective.

The final conflict takes a surprising turn. Enemies become allies in an action sequence echoing past stories. Unexpected sacrifice leads to both resurrection and a new dawn of hope for the galaxy. It’s euchtastrophe in a galaxy far, far away.

What began with a single story has become far more. The Skywalker story spans multiple trilogies. It’s the tale of a family across three generations.

The original trilogy — A New Hope, The Empire Strikes Back, and Return of the Jedi, tells Luke Skywalker’s story. He grows from whining teenager into a Jedi. The love of a son facilitates the redemption of his father, Anakin Skywalker.

The prequels — The Phantom Menace, Attack of the Clones, and Revenge of the Sith — show the rise of the galactic evil and Anakin’s (Hayden Christensen) fall from grace. His transformation into Vader foreshadows a need for redemption.

The sequel trilogy — The Force Awakens, The Last Jedi, and The Rise of Skywalker — introduces new characters and evil returns. The love of parents leads a child home. Darkness is confronted and finally defeated.

Altogether, the Skywalker Saga echoes the cultural cycle from the book of Judges. Every Star Wars trilogy sees a galaxy in darkness. In each, a hero rises and brings hope and restoration. It underscores the importance of remembering the past as warning against a repetitive future.

These films also reinforce the gospel narrative of sacrifice and redemption, as the fallen of one generation is redeemed by another. It echoes the promise in Genesis 3:15: “I will put enmity between you and the woman, between your offspring and hers; he will crush your head but you will strike his heel.” Redemption doesn’t come without danger, pain, and willing sacrifice.

In the Star Wars galaxy, the savior is a “Skywalker.” As Aslan once said, “in your world you know me by another name.” In our cosmos the savior walks the skies of Heaven, and his name is Jesus Christ.

A native of Canton, Michigan, Aaron Welty served as a congressional staffer for five years and now works in the federal government. He is a graduate of Cedarville University. An inspiring speaker who has addressed Star Wars Celebration and AwesomeCon, Welty has been featured on NBC Nightly News, Roll Call and The Daily Signal.