Spiritual Warfare: Lessons From a Champion 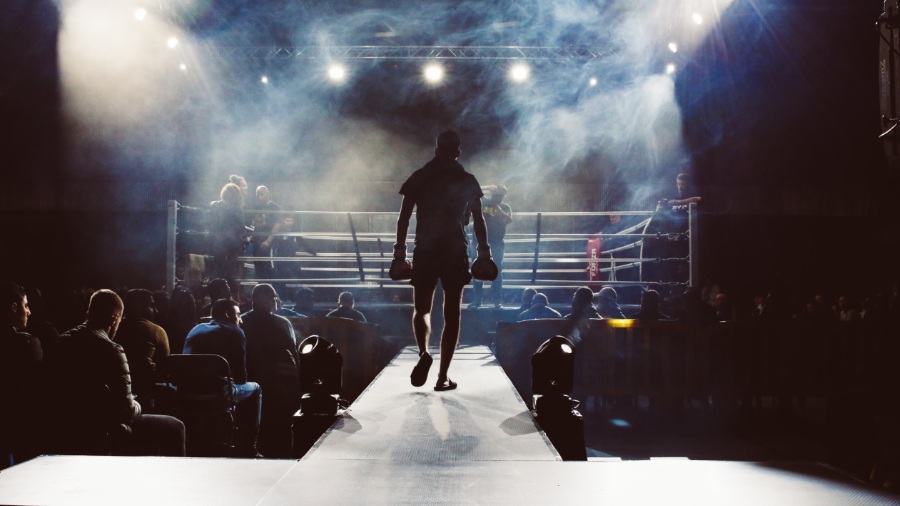 If you’re not a boxing fan, you may not be familiar with Tyson Fury. But every Christian can learn something about spiritual warfare from the British heavyweight world champion.

The fiery Catholic boxer has been increasingly vocal about his faith over the course of his career, but some of his most powerful statements were made in 2018 during exchanges (both in and out of the ring) with fellow fighter Deontay Wilder.

As you can see in this video, Wilder claims that on the night of their upcoming fight, Tyson Fury “won’t be talking to Deontay Wilder anymore.” Instead, according to Wilder, Fury will be talking to the “Bronze Bomber” instead. That comment intrigues and amuses Fury, and he asks Wilder asks if the Bronze Bomber is an alter ego or a spirit. Wilder says that it could be an “ancestral spirit.”

I don’t believe in all that stuff. Jesus Christ is my Lord and Savior. If God is with me, no one can be against me, and if you’re letting spirits enter your body, you can’t win. You’ve already lost. I sit here today a sincere man who tells the truth who hides nothing behind no curtains. I’m beating you. You can’t beat me. And ten more like you can’t beat me.

Fury’s calm, sincere voice is striking throughout their exchange. He is passionate, but clear-headed, as he explains to Wilder that he welcomes no spirit but the Spirit of God.

“That’s the difference between me and you, you explore it [spirituality] narrowly. I am open-minded person,” Wilder retorts. Such a statement brings to mind these words of Jesus: “Enter through the narrow gate. For wide is the gate and broad is the way that leads to destruction, and many enter through it.” (Matthew 7:13-14)

After suggesting that Fury is too “narrow,” Wilder turns increasingly antagonistic and begins to repeat strange, incoherent chants. His favorite is “speak it, believe it, receive it,” and Wilder repeats it in an effort to drown out Fury’s voice. Fury remains resolute.

“You’re looking at a man who stands in the light,” Fury says firmly.

I want people to know the truth. You want them to know nothing. You say “speak it, believe it, receive it,” but I don’t know what you believe. We don’t believe in the same things … I look to nothing to come inside me and help me win fights except the power of God above.

As Fury talks, Wilder’s expression becomes increasingly irate and his chants grow louder and boastful. “No man can ever beat me,” Wilder finally thunders. “I’m going to baptize you and put my spirit inside you, Tyson. It’s going to be my god against your God [in the ring].”

Fast forward to the night of their long-awaited fight. In the twelfth round, Wilder hit Fury with a brutal combination, and Fury fell to the ground, apparently unconscious. It seemed that Wilder had won as he blew a kiss to Fury’s lifeless body and celebrated tauntingly … until Fury stunned the crowd and rose to his feet. (The Stream’s own Michael Brown wrote about this incredible event in 2018!)

Even Wilder himself was so shocked by Fury’s recovery that during an interview he remarked, “If you don’t believe in God and think He’s real … look at that.”

It seemed that Wilder had won as he blew a kiss to Fury’s lifeless body and celebrated tauntingly … until Fury stunned the crowd and rose to his feet.

When asked about the incident, Fury had a similar response. “I truly believe God brought me off the canvas to fight on,” he explained. “When I got back up [Wilder] hit me with one of the best left hooks I’ve ever seen. It should’ve knocked me out cold, but it was like I was bulletproof after that. If that ain’t divine intervention, I don’t know what is.”

Against all odds, Fury finished the round, and the judges declared the fight a draw. A rematch was scheduled, and Wilder’s prideful attitude quickly returned. He tweeted, “I told you before our first fight that I was going to baptize you. And I did. But not even God can save you the second time around. I promise you that.” In the weeks leading up to their rematch, Wilder also remarked that Fury “has pillows as fists.”

During the seventh round of their final fight — a fight that would determine a new world champion — Fury hit Wilder with one of his “pillowy” fists, and Wilder fell to the ground. Wilder recovered fast enough to resume fighting, but he was visibly shaken. Fury knocked him down a second time, then trapped him in the corner until Wilder’s own coaches threw in the towel and called the fight. Tyson Fury was declared the new WBC champion.

“I want to say thank you to my Lord and Savior Jesus Christ,” Fury said sincerely into the microphone. “I said those who bring evil against me will not prosper. All praise be to the only true God, Jesus Christ.” Behind him, his team also praised God with loud cheers.

Ear bleeding, Deontay Wilder was taken directly to a hospital after the fight and unable to talk during to the press conference later that night. The video that chronicled these sensational events ends with an important warning to everyone: “Be not deceived. God is not mocked.”

What can Christians Learn From This?

Tyson Fury is by no means a perfect man, and I realize not everyone is inspired by combative sports like I am, but, regardless, Christians can learn a few things from this specific story of triumph.

Fury’s objections to Wilder’s claims about vague, selfish spirituality were presented calmly but forcefully. He did not entertain or ignore Wilder’s incoherent ramblings. Instead, he asked incisive questions and then, unintimidated, made his own bold statements of faith.

2. Have a Fighting Spirit

Paul aptly used multiple athletic metaphors in the Bible. Comparing one’s spiritual preparations to the preparations of an athlete vividly portrays the need for discipline and endurance.

Fury was confident in his ability to win the fight because he was confident in the power of God. The only way for believers to trust in this power is to understand the character of the God they serve. This is accomplished by reading the scriptures and applying them to every area of life, no matter how many foes may mock you for it.

3. Remember: God is Not Mocked

In this culture of loud, insistent mockers and quiet, passive Christians, it’s easy to believe that God will not be victorious. Perhaps you wrongly believe that Jesus is a timid, nonconfrontational God, and that His “love” entails passively letting his Church be swept away by whatever happens to be popular. Or perhaps you know that Jesus will deliver justice and destroy the wicked, but you’ve let yourself become too distracted by other forces that seem much more powerful than they truly are.

Whatever your particular misstep may be, realize that Tyson Fury was right when he said that Jesus Christ is the one true God, and no weapon formed against His people will prosper — as long as they are willing to fight.

Carmen Schober is the editor-in-chief of Staseos. She is a wife, mother, fiction writer, cultural commentator, and MMA fan. She earned her Master’s in Creative Writing and English Literature in 2015, and she enjoys writing about theology, culture, and storytelling.