Sorry LA Times: The COVID Lockdowns Were Not Painless and Effective 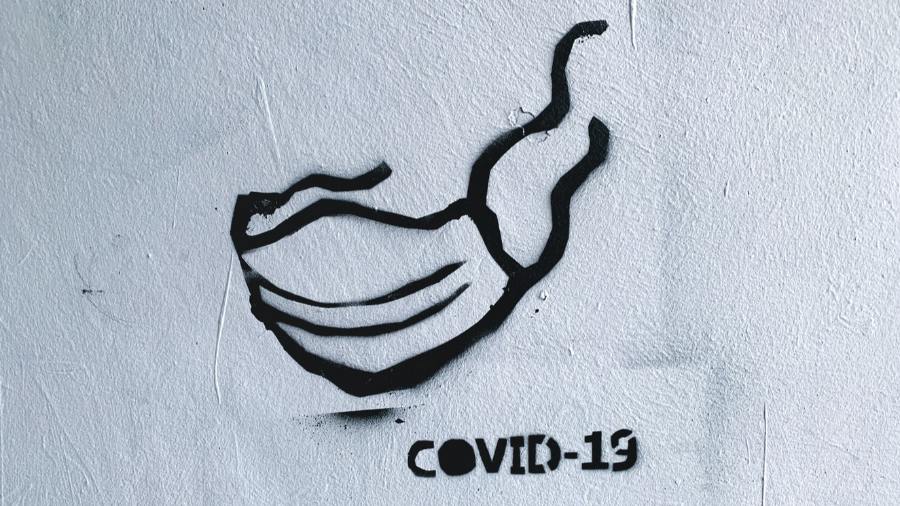 Maybe you have a story like this. A barber I know was shut down by one of the state government lockdowns during the coronadoom panic, in a vain attempt to quell the spread of a respiratory virus.

The shop had three chairs, all of which sat empty for months.

And then there were all those restaurants that were forced to close, or were allowed to serve only limited takeout. Lots of furloughed waitresses, cooks, and suppliers. The comestibles the restaurants used to buy went unbought. The trucks carrying the food went undriven.

Same kind of thing with lots of small retail establishments, many of which, like restaurants, went under. People lost their life savings, livelihoods, sanity, and even lives.

The oligarchs’ businesses (think: Amazon) did fine, though. As the NY Post summarized, “The rich and powerful thrived as the rest of us suffered in the year of lockdowns.”

LA Times: Lockdowns Were Worth It

Hey, maybe it was it was all worth it, though, if it stopped the bug from spreading. And, say, maybe the lockdowns didn’t sting as badly as we thought they did. Maybe — hear me out, here — the lockdowns “saved lives without harming economies.”

None of this has a chance of being true. So how could they say it? By ignoring obvious data and instead applying strange and curious behavioral models from which they derived obscure statistics.

None of this has a chance of being true. So how could they say it? By ignoring obvious data and instead applying strange and curious behavioral models from which they derived obscure statistics. As a statistician myself, I know how that game is played.

It was because of such models that the paper said there was “very little evidence that lockdowns themselves damaged local economies more than individual behavior that would have happened anyway, lockdowns or not. Nor is there much evidence that lifting lockdowns produced a faster recovery.”

Both claims are absurd. The second one is also asinine. What was there to recover from, if not the strictures of the lockdowns? And if they were painless, why not keep them until this, and all other respiratory viruses, are eliminated forever?

It’s true that some, but not all, people would have kept away from restaurants, beauty salons, and so on in fear of the disease. But the fear they had was juiced by the lockdown orders themselves and the resultant media hysteria. It’s a good bet none of the models accounted for that.

One of those barbers I mentioned surreptitiously set up shop in a barn and gave illegal haircuts. Why? Because he had customers demanding them. And how many stories did we hear of businesses (like gyms and watering holes) trying to keep going, because they had earnest customers? Owners were tossed in the hoosegow and fined for serving some people who weren’t scared, like the researchers insisted. So their models are just plain wrong.

We can discern the effect of the lockdowns in reducing the spread of the virus by examining the CDC’s raw data. Recall that not every state locked down, and not all to the same extent.

Florida flirted with lockdowns for a month in April 2020. Like all lockdowns, people were allowed to work in “essential” jobs — with the suggestion other jobs, and the people filling them, were inessential. How nice.

After that month, Florida abandoned the lockdowns, and statewide mask mandates. Texas lifted its mask mandates in March 2021, to a loud chorus of boos from experts who predicted doom would result. Nebraska, a state not heard from much, never locked down.

California locked up tight, though. Its people did, anyway. (Not so much its high-flying rulers, like Gavin Newsom.)  Michigan and Minnesota, to name two others, also had harsh lockdowns and mask mandates.

The LA Times said of California that “due in part to its residents having taken stay-at-home rules, social distancing and masking seriously, California now boasts among the lowest case, hospitalization and death rates in the nation, as well as a recovering economy.”

Take a close look at this picture, which is per-capita attributed COVID weekly deaths rates for several states (source). 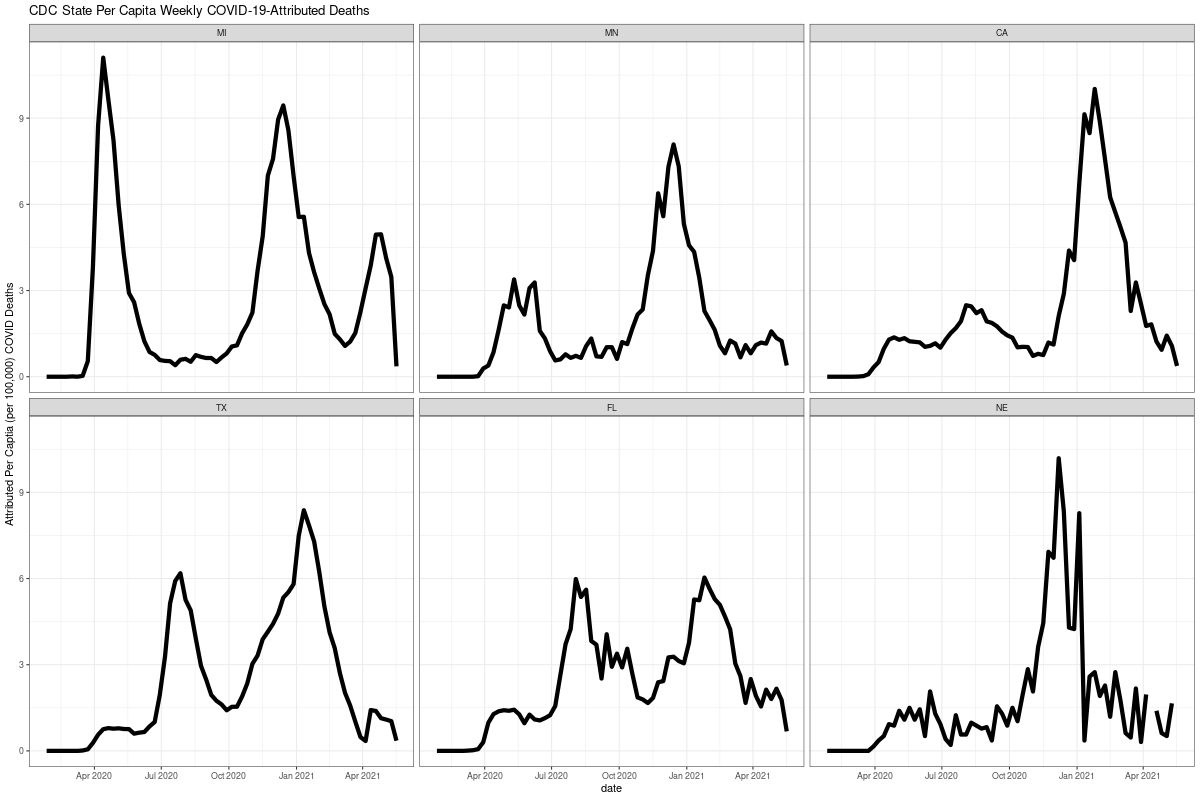 Look like California did better than Florida? It did in late summer 2020, but then Florida did better in winter. The apocalypse predicted for Texas? Never happened.

Somehow in the midst of various forms of lockdowns and mask mandates, the disease, quiet i

n the summer, swelled again in Michigan and Minnesota. How? Sunshine and the great outdoors, and everybody heading back inside in winter, likely. There’s no hint that lockdowns and mask mandates made a difference.

Nebraska superficially looks worst, but it’s the smallest state considered here, with about 1.9 million people, and small numbers make for big jumps, like those we see here. In total per-capita deaths, Nebraska did better than all the rest, 117 deaths per 100,000. Michigan did worst, with 198 deaths per 100,000. All the other states were in between and similar to one another.

To distinguish between these states, we have to dig into demographics, city size, vaccinations, lockdown severity and timing, lockdown and mask compliance, and on and on. Any positive effect of lockdowns would be small, which we know because if the effect were large we’d see it on the state level.

Even if the unlikely turns out to be true and lockdowns slightly cut down attributed deaths in certain places, for certain groups, for certain lockdown severity and compliance, these would still have to be balanced against the costs. And as we show in The Price of Panic, those costs are immense, not just financial but in deferred cancer screenings and life-saving medical check-ups, in depression, obesity, and other lockdown knock-on effects. And, in many places, those costs are ongoing. Don’t be fooled by the corporate media mouthpieces that try to claim otherwise.