Some Religious Groups Transmit Their Teachings on Abortion Better Than Others

All over the map 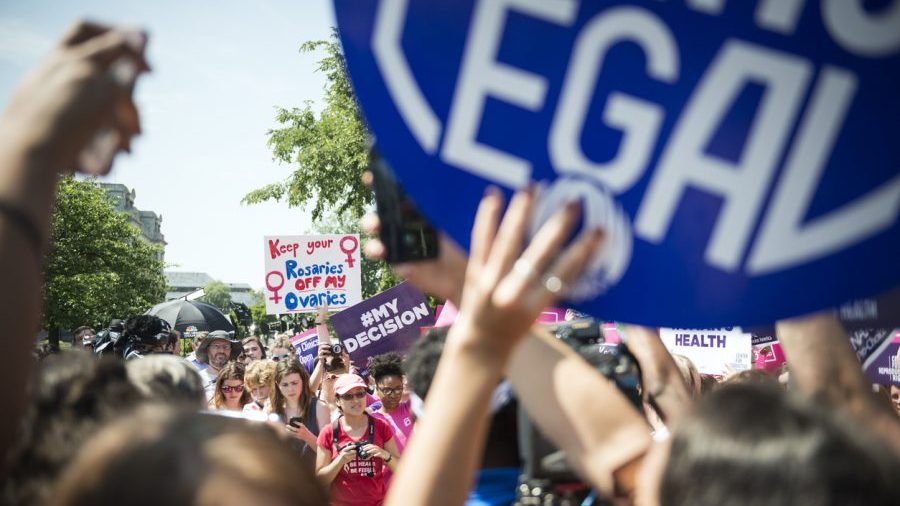 The new religious survey on abortion by Pew Research holds few surprises. Unitarian Universalists are the strongest supporters of legal abortion. Jehovah’s Witnesses are the least. But the survey does reveal how well different religious groups transmit their teachings to members.

About 90 percent of Unitarians support abortion, beating out even atheists at 87 percent, though the difference is within the 2017 survey’s margin of error. (The difference in spiritual beliefs between many Unitarians and atheists is also not large.)

Except for Jehovah’s Witnesses, support for legal abortion is thus at least about 1 in 4 or larger, averaging 57 percent across all Americans.

Except for Jehovah’s Witnesses, support for legal abortion is thus at least about 1 in 4 or larger, averaging 57 percent across all Americans.

Mainline Protestants in the Episcopal Church, United Church of Christ, Presbyterian Church (USA), Evangelical Lutheran Church in America and the United Methodist Church all own up to favoring abortion at rates greater than the national average (at least 57%).

This is in contrast with Evangelical churches, such as the Southern Baptist Convention, Churches of Christ and those already mentioned, all of which have less support than the average.

Pew has also compiled the official teachings on abortion from each of the religious groups — teachings that tend to contrast with what members of each group profess.

As noted, nearly half of Catholics support legal abortion. That’s stunning since the Catholic Church, alone among religious groups, opposes abortion in all cases. If members followed the Church’s rules, abortion supporters would number exactly zero. The huge gap can only be the result of many Catholics being happy to ignore what to them is just “a law on the books.”

The Southern Baptist Convention also opposes abortion, except it “does allow an exception in cases where the mother’s life is in danger.” Only 30 percent of its members support abortion. That means Southern Baptists do a better job conveying their teachings than Roman Catholics.

Besides Catholics and Southern Baptists, Mormons, the Assemblies of God and Hindus all officially oppose legal abortion “with few or no exceptions.” The relatively low support for abortion among Mormons and Assemblies of God members shows these churches have some sway over their congregations, influencing them away from strong cultural beliefs.

Hindus support abortion at 68 percent. That’s the largest doctrine/belief discrepancy. These are American Hindus, though, separated from the more traditional culture in India.

Islam is more hard to pin down on its beliefs, since its lack a central authority. Just over half (55%) of American Muslims supported legal abortion. Pew also tracked the percent of “don’t knows” to the abortion question. Muslims had the highest proportion at 9 percent.

Finally there are those groups that endorse legal abortion in all or most cases. Most mainline Protestant churches support abortion, though some give small, tepid caveats to women who want to kill their offspring.

The Episcopal Church is a fair representative. It says, “All human life is sacred from its inception until death.” It admits the killing has a “tragic dimension.” It allows that abortion “should be used only in extreme situations.” This leaves its members plenty of leeway in deciding what “extreme” means. As long as “individual conscience is respected,” the Episcopal Church says go ahead.

Reform Judaism is fully behind abortion “even as late as the moment before the head of a baby emerges from the birth canal.” Presumably, when the head appears something magical happens, which turns the abortable clump of cells into a human being.

Conservative Judaism is more in line with the go-ahead-but-keep-quiet-about-it tolerant Christian groups. Pew reports that in Orthodox Judaism “there is disagreement among rabbis and scholars about the issue.” Some are for, some against.

This it’s no surprise that overall most Jews are in favor of legal abortion. It’s not clear which members among the Jews surveyed were opposed (17%), however.

Unitarians support legalized abortion in all cases. Indeed, they are keen that their members “educate themselves” about the “new moral understandings emergent in the works of feminist theologians.”

The United Church of Christ follows suit. They call abortion “reproductive justice,” a polite and false euphemism. Abortion, of course, stops reproduction in the most extreme manner.

It’s tempting to treat what John Paul II called culture of death as something outside the Church. But it’s taken up residence inside the Church as well.