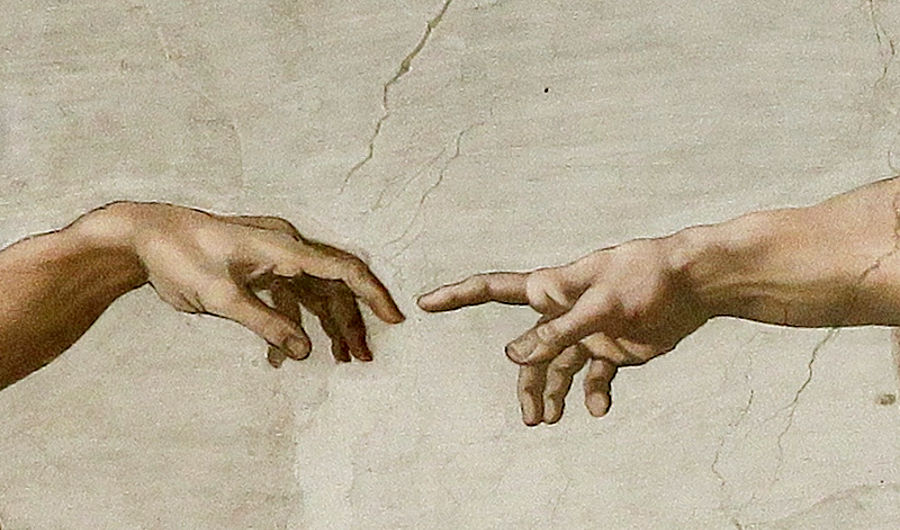 We can all agree with the words, if not with the Marxist cult that adopted them as its trademark. The lives of black people, who are equally images of God for whom Jesus died, are sacred. And sacred things matter.

Every person of every race, regardless of wealth, privilege, ability, age, sinfulness, or any other factor, has a unique value in God’s eyes. While his life, like yours and mine, is fleeting thanks to the effects of original sin, his soul is immortal. That’s what really matters. As C.S. Lewis said, if we could see the eternal fate of every person around us — endless glory with God or eternal punishment — we couldn’t get through the day. We’d be either awestruck with glory or paralyzed by horror.

No Creator? Then No Endowment, and No Rights

All of that is bedrock Christian dogma. It also happens, not by coincidence, to be the core fact on which American politics were founded. We only have “inalienable” rights because “our Creator” “endowed” us with them. They didn’t grow out of the ground, or fall from space. The very idea that each person carries a sacred nimbus of rights by virtue of his humanity is not something of earth. It’s not so much extraterrestrial as transcendent.

The Aztecs didn’t believe that, and neither did the Chinese. Nor did the Romans, Greeks, or any other pagans. Rebels against the Bible, from Revolutionary France to Nazi Germany and Soviet Russia strenuously denied it. Each of these post-Christian, anti-Christian regimes carved out huge exceptions, drew up long lists of people whose lives by their very nature (their race, or class, or religion) weren’t sacred, but cheap.

As Robert Reilly proves in his brilliant scholarly study America on Trial, the sanctity of life is the “proposition” on which America’s built. Every liberty we cling to, each institution we value, flows from that assertion. That’s why slavery stuck like a bone lodged in our forefathers’ throats. It’s why abortion will make our descendants ashamed of us.

No lives matter, this I know, because Charles Darwin taught me so.

There is no other stable basis for human dignity. If you agree with Darwin, we’re all here by accident, thanks to the vicious winnowing of ruthless natural selection. Then you logically ought to conclude that no lives matter. Though you’re fond of your own, and of those who share a bit more of your genetic material. So you ought to join some racist movement — except if politics dictates that some groups aren’t entitled to have such movements.

In that case, it might improve your reproductive odds to glom on to some anti-racist movement. If that gets you more money, power, and access to sex, it’s the winning move. Maybe slap some fake Christian rhetoric about “equality” onto it, if that makes you feel better about becoming the remora attached to a shark, eating its parasites. Hey, whatever works! Dignity has no meaning.

No lives matter,
this I know
because Charles Darwin
taught me so.

The Sanctity of Life-Extension?

Keeping the biblical truths in mind, let’s clear away some fake conclusions well-meaning, timid, or merely conformist people draw from them.

Every life is unique and precious. True. But that doesn’t mean that extending every life as long as possible is important, no matter the cost. If that were true, then we’d never fight any wars. We’d always decide that the price in human lives was just too high. So we’d let the bullies, thugs, and tyrants (who think life is cheap) run the world. If Churchill had been a pacifist, there would have been death camps in Britain.

God’s Not a Pacifist

God didn’t tell the Jews to act like this in the Old Testament, and Jesus never mentioned it in the New. He never told soldiers to quit the Roman army as the price of following Him.

He did tell us to accept personal slights (like a slap on the cheek) rather than escalate to dueling, but that’s as close to pacifism as Jesus ever got. He didn’t come to earth to contradict His Father, who’d told the Jews to fight in self-defense — and sometimes even conquest, of truly evil regimes built on child sacrifice.

If you want the long form of the argument, proving that “non-violence” isn’t a basic, or even a particularly important, tenet of Christianity, read this piece. It’s exhaustive, and leaves not one pacifist Christian stone piled upon another.

If extending every single life as long as possible were the goal, our speed limits would have to be set at 25 mph, and we’d all drive rubber cars, while wearing helmets. Mountain-climbing, drag-racing, and other dangerous sports would be simply illegal. Of course we’d have no death penalty, not even for murder. But we’d also have a hard time even enforcing the law in the first place. No cops would carry guns. If a felon they tried to arrest used deadly force, the cops would just back away. His life would be too important to put at risk.

Are you seeing the potential for total insanity here? Put baldly, nobody really believes that life-extension is of infinite value. That we should starve the arts, education, entertainment, and every other endeavor of funds, just to spend it on health and nutrition. Or that we should give up our freedom, and let the government force us to exercise for 2 hours daily, just to extend our lives. Or dictate that we eat only healthy foods, in pre-measured portions.

We do want cops to use force when necessary to stop aggressors, thieves, and terrorists. Our actions speak louder than words.

What’s more, we don’t believe that “human life” is incomparably more important than property. That’s why the guards at the Vatican have guns, and would use them if someone insisted on spraying the Sistine Chapel ceiling with red paint. Would that be an un-Christian decision, to have Swiss Guard snipers take out a vandal attacking that timeless art?

Absolutely not. You know that on a gut level, though you might feel a little conflicted, because nonsense fake Christianity has been sloshing around in the culture, addling all our minds. So let me unpack for you the reasons why you already believe that Swiss Guards defending timeless art, or a shop-owner defending his business, using violence, is good and right and Christian, what Jesus wants us to do.

What are the paintings on the Sistine Ceiling but the concrete result of an artist’s life? The countless hours he poured into that work … they were his life. If some looter destroys it, what is he doing but stealing all those years from Michelangelo? He’s in effect going back in time and murdering the man.

Likewise, on a more everyday level. Think of some guy in Kenosha, Wisconsin, who spent 40 years working in his family’s convenience store, building up a livelihood. If a bunch of angry thugs barge in and burn the place, they’ve turned all those hours into slave labor. They’ve made him a slave. And slaves have the right to rebel, to fight back, to resist using whatever force is necessary against those who would put them in chains.

When looters and thugs attack a shopping center, they aren’t “precious human lives” who outweigh mere “bricks and mortar.” They are criminals using force trying to enslave other human beings. So we ought to resist them using proportionate force. Ideally, police would do that, being trained in de-escalation and legal, moral norms.

The lives of the innocent matter more than the lives of the guilty. The lives people have built, the businesses they’ve constructed by the sweat of their brows over thousands of hours matter more than the self-indulgent whims of angry looters. When thugs initiate violence, they forfeit their right to peace. Extending their lives matters less than keeping the peace and protecting the innocent.

When a government turns the streets over to packs of political thugs, and stands down the police, abandoning the citizens and the law? It’s abolishing democracy, and making street gangs sovereign. It’s making Antifa or Black Lives Matter into the State.

At that point, citizens have the right, even the duty to step up and fight. As the brave, rash Kyle Rittenhouse did, God bless him.

When I grow up, I hope I turn out a lot like Kyle.